In this post, I’m going to give you some powerful side effects of constantly practicing negative self talk.

It’s a bad habit and one that is very hard to break.

You have to basically catch yourself in the process of talking negatively about yourself and literally tell yourself to stop!

I’ve always been one of those people who speaks negatively of myself.

Whether it’s my own internal negative self-talk, or externally to other people.

For some reason I have felt a strong pull in the “negative self-talk” direction.

The things that I believe serve me well from my negative self-talk?

It gets me out of complicated situations.

I gain pity from others.

I get extra attention.

Everybody look at me and console me!  I’m special!

I’m relatable to others.

Oh wow!  She feels that way too?  I want to be HER friend!

In my mind, when I talk negatively about myself:

Nobody Benefits From Negative Self Talk

But in the end, who really benefits from negative self talk?

As I’ve gotten older and wiser, I’m finding out that NOBODY does.

The Effects of Negative Self Talk

I did a little online research on the effects of negative self-talk.

I have experienced EVERY. SINGLE. ONE of these effects of negative self-talk throughout my life.

An Example of How Negative Self Talk is Bad For You

Something happened last week at the gym that resulted from my negative self talk.

I was in a great mood because I had made it to all 3 days of workouts.

Friday’s class was particularly crowded and everybody was cutting up and having fun before our next phase of the workout.

Michael, the coach for our crossfit class, was doing his best to keep everybody engaged and focused on the task at hand.

He explained what we would be doing for our MetCon (Metabolic Conditioning): MANY front squats and burpees.  Yikes!

If you know what a burpee is, you know that it ain’t easy and not particularly fun.

Michael asked if anybody had any questions.

I raised my hand and said ‘I can’t do burpees’.

Michael immediately said ‘That’s not a question’ and then looked away and said ‘Any questions?’

Negative Self Talk Can Cause Others To Disrespect You

How could he embarrass me like that in front of all these people?

Doesn’t he know that I already feel like the biggest girl in the room and that just being here is challenging enough?

Will he ever know what it feels like to be as overweight as I am?

Does he realize that if I attempt burpees, that I could hurt myself?

As we started our MetCon, Michael came up to me and demonstrated a modified version of a burpee that I could do.

It was a great workout, as usual.

But inside I was pissed.

I was on the verge of tears, with a big lump in my throat, but I held it in until I got in my car and drove away.

Then I let it all out.

The flood gates had opened and I couldn’t stop crying.

I immediately texted Michael and gave him a piece of my mind.

How dare he disrespect me like that in front of all those people?

I caught him off-guard and he didn’t understand what I was upset about.

After some lengthy back and forth explanations, all is well in Michael and Pammy-Land.

But I learned something from him AND from myself that day.

Some People Won’t Tolerate Your Negative Self Talk

Certain people won’t put up with my negative self talk.

My Dad has never put up with it.

My brothers don’t put up with it.

Michael won’t put up with it at the gym.

I’M not going to put up with it anymore either.

It’s a coping mechanism for me that hasn’t ever gotten me anything in my life except for negative emotional and physical side effects.

And you know what?

I CAN do freakin’ burpees.

Right now they’re modified, but in time I WILL do them just like everybody else can do them.

Yeah, I’m overweight and have struggles in my life.

But doesn’t everybody have their own struggles in some form or another?

EVERYBODY has issues they need to overcome.

EVERYBODY has their answers to the question of  WHY they workout at the gym.

Be Deliberate with Your Inner Voice

From now on, I will be much more deliberate with my inner voice, as well as how I speak about myself to others.

It won’t be automatic.

It’s a lifelong habit that will take time to change.

But doesn’t anything worthwhile take time and effort?

There’s a book on Amazon called Negative Self Talk & How To Change It.

It’s a short and sweet book addressing this very topic.

If you’re having issues with negative self talk and want to change it, grab yourself a copy.

Michael couldn’t have said it any better than this in his text to Terri last week:

“You’ll have to cleanse your body of tension, anxiety, worry and doubt, you’ll have to free your mind of stagnant and defeating beliefs, and open your heart to a loving kindness that starts with loving yourself.  What we do is not self-improvement. It’s self-discovery.  You are already perfect.  We have to strip away the layers of doubt and disbelief and clear the clouded mind and congested body to rediscover the gift that is our soul.”

I AM ALREADY PERFECT!

What areas of YOUR life can you decrease negativity and increase the positive?

6 Benefits of Walking For Your Well Being

Parenting A Teen Begins When They’re A Tween: How To Ride the Wave 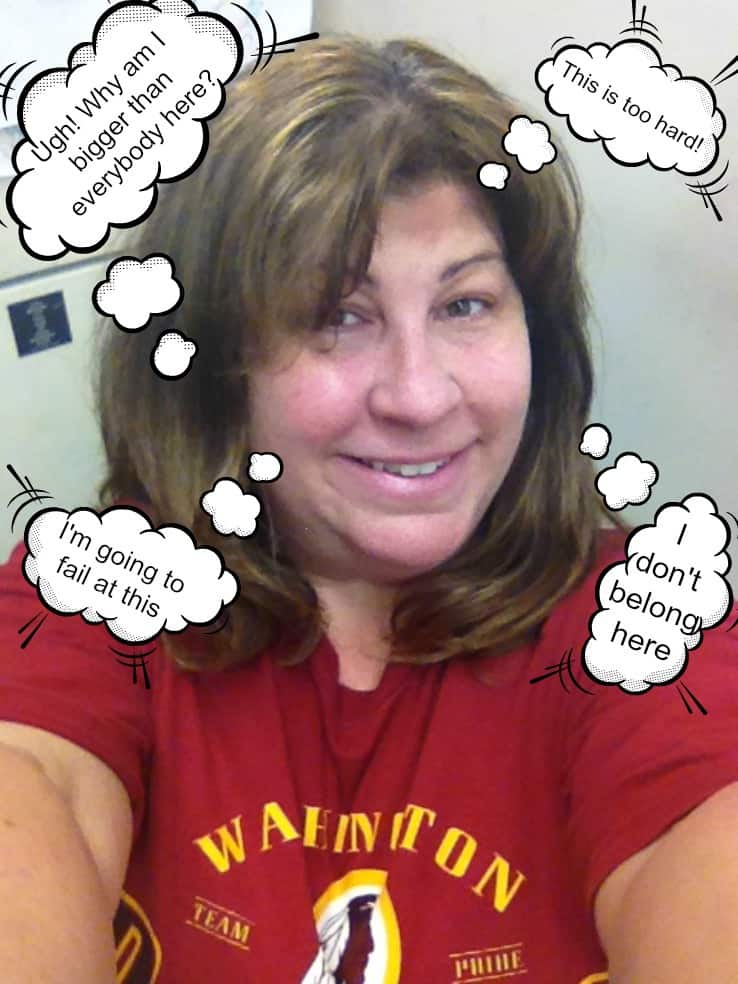 6 thoughts on “The Powerful Side Effects of Negative Self Talk”