Disclosure: This post may contain affiliate shopping links to help support our blog and for your convenience. Using these links creates no additional cost to you and helps us continue delivering inspiring content. As an Amazon Associate I earn from qualifying purchases. View our disclosure policy here.
Tweet
Pin16
Share5
21 Shares 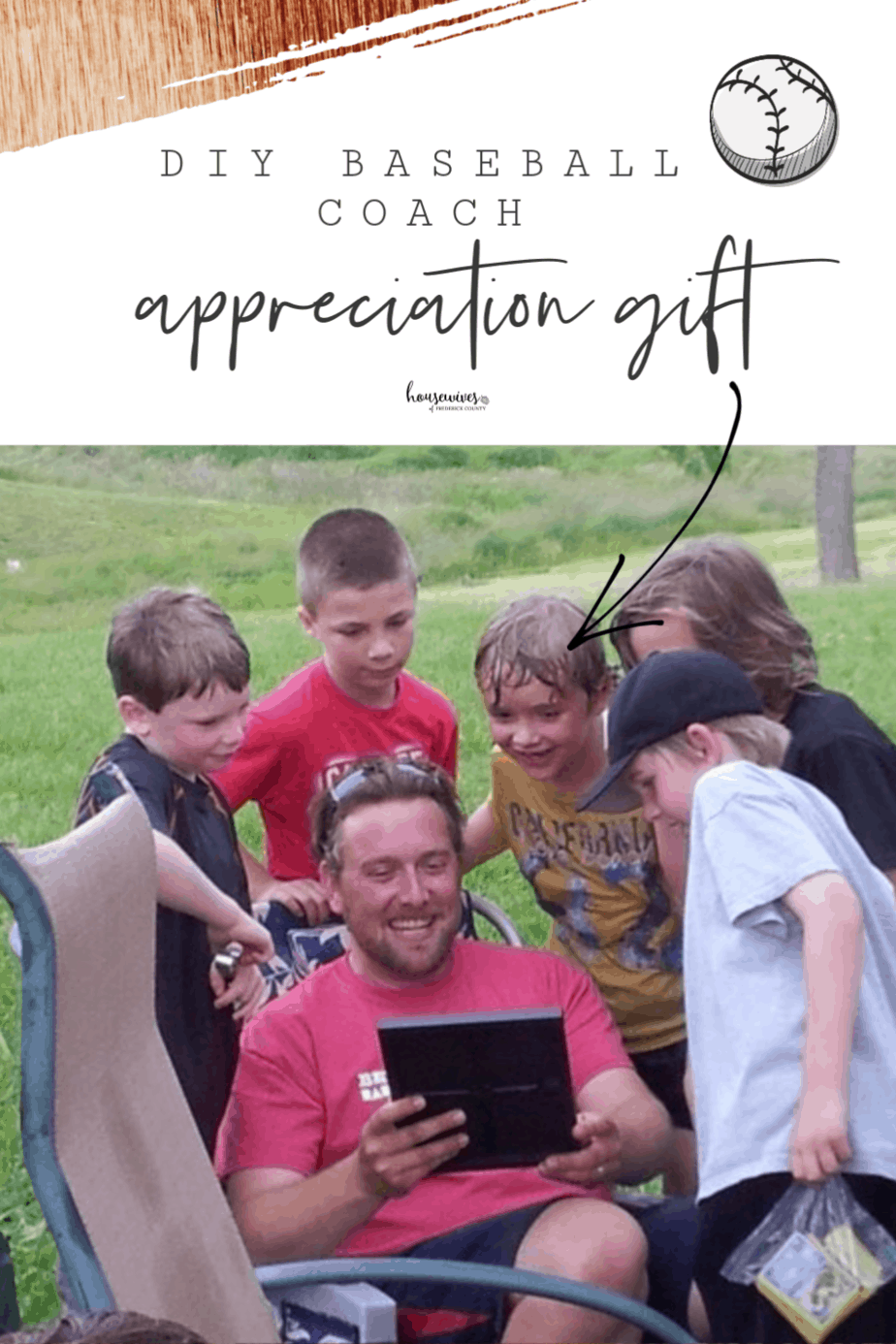 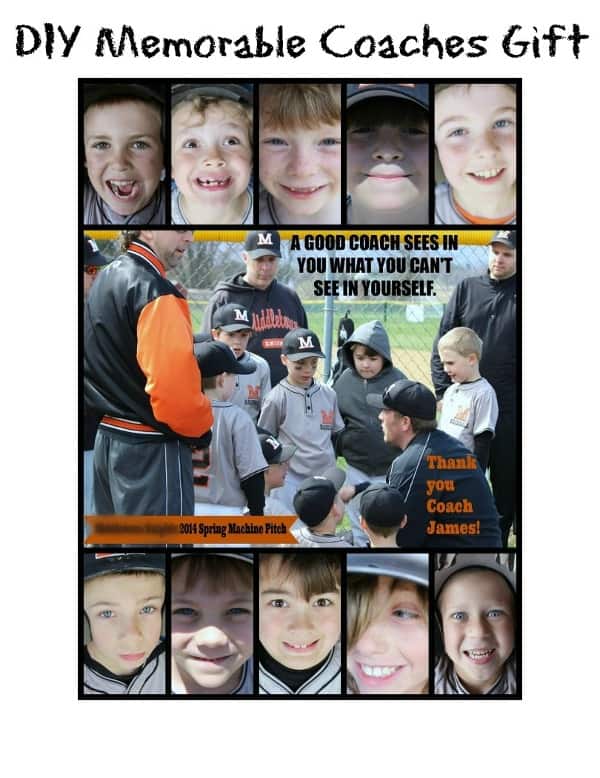 Would you like to make an easy, inexpensive DIY baseball coach appreciation gift that they’ll cherish forever?

Because, if you’re like me, you want to show them how much you truly value the impact they’ve made on your child.

Needless to say, in most cases, your child’s baseball coach volunteers his time, a ton of time, with your kids. 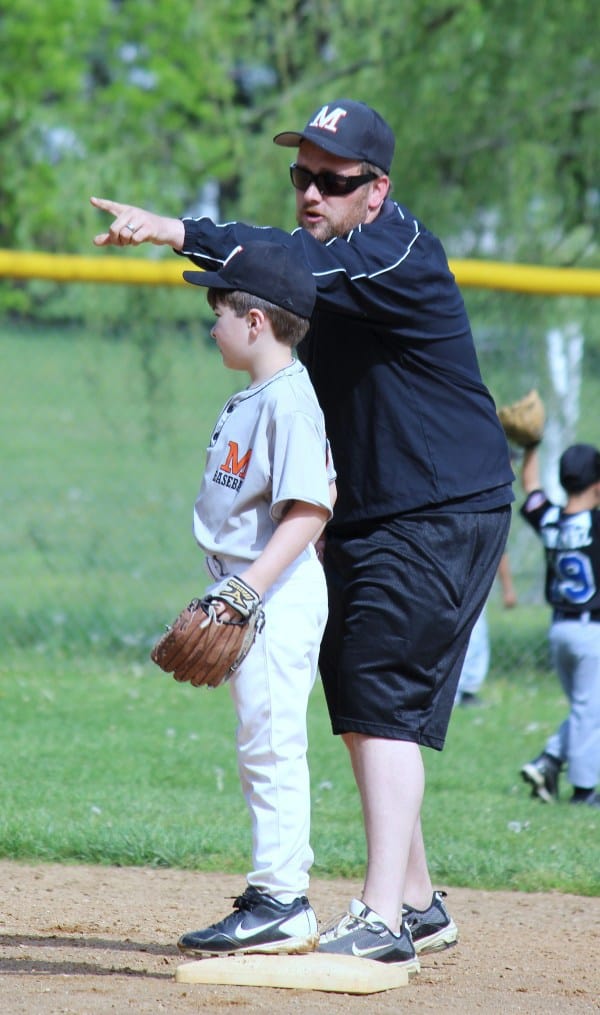 If it wasn’t for the amazing coaches my son has had through the years, I don’t know if he would have continued playing baseball.

But he has continued playing and he really enjoys it.

I can see that it has increased his confidence and gives him purpose.

So, I truly value the guidance his coaches have given to him.

What is a Good Gift For A Baseball Coach?

So, what is a good gift for a baseball coach?

In my opinion, it’s something personalized and one-of-a-kind.

Therefore, each year I enjoy putting together a fun photo collage of the players and the coaches to commemorate the season.

Also, throw in a Dick’s gift card and you’ll be golden!

Admittedly, I am not the most creative person in the world.

However, putting together the below image using PicMonkey is super easy to do!

PicMonkey offers a Free 7 day trial so you can learn your way around their site before committing to a paid membership.

After the free trial, if you’re interested in buying a membership, they have 3 packages:

If you’ve never used PicMonkey before, check out our PicMonkey tutorial post.

And here’s another one of our PicMonkey tutorials. 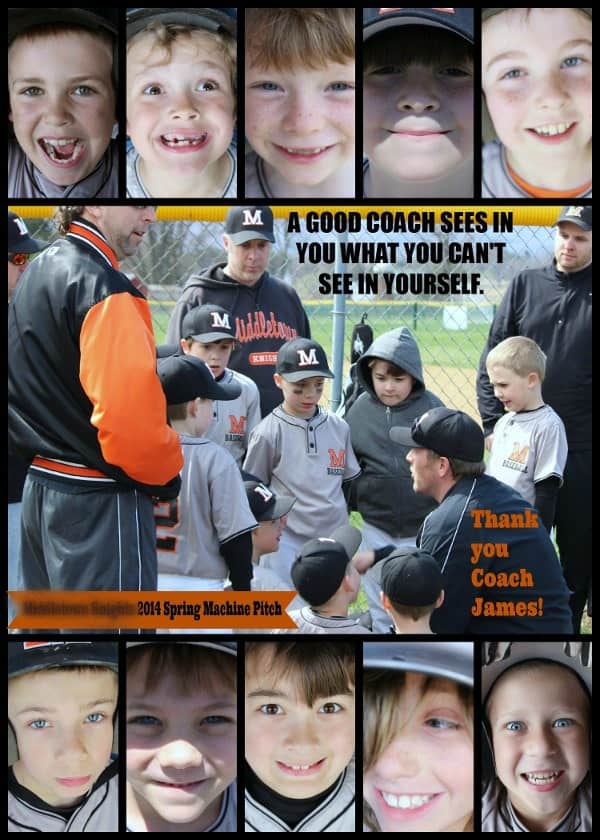 So, I knew at the beginning of the season that I’d want to create a photo collage for our coach once the season ended.

Therefore, I took pictures throughout the season.

I absolutely love taking pictures during the practices and the games.

Turns out I’m kind of a nervous baseball mom and I can’t sit still throughout an entire game.

So, taking pictures helps with my nervous energy and I really enjoy it!

After sorting through all of the photos, I found the best one out of the bunch to use as the main photo.

Also, I made sure that I took pictures of each kid on the team to include in the collage.

I uploaded all of these photos into the collage template on PicMonkey and then I added the text.

Instead of printing the collage from my printer, I wanted a better quality so I went to Shutterfly to order it.

As expected, the print turned out great! 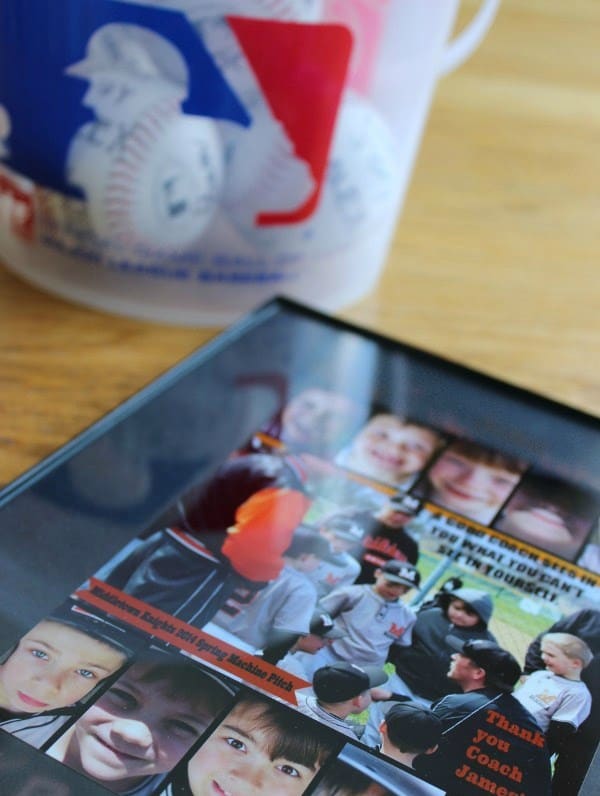 I attached the PicMonkey collage to black scrapbook paper and had each kid write their first name by their picture.  Then I framed it. 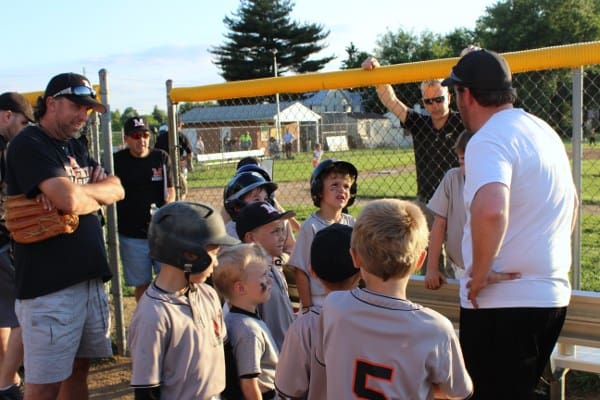 The above picture was the end of our kids’ season.  We had lost and didn’t make it to the championships.  But it doesn’t matter.  These kids learned so much and played their hearts out.  And these coaches made it all possible.

No words can really express my gratitude to each and every one of them.  An experience that can never be taken away from my son. 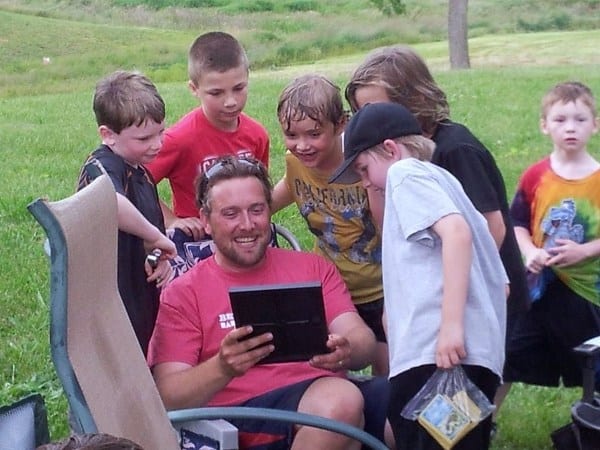 And isn’t THAT what it’s all about?

For more DIY gift ideas, click on over to: