Pam and I decided, on a beautiful and breezy April day, to explore the quaint Frederick County town of Burkittsville Md.

If you haven’t seen or been to Burkittsville, you really ought to pay it a visit. 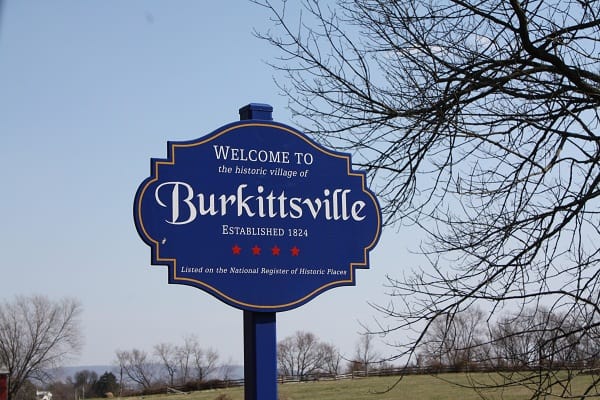 Without a doubt, I know Burkittsville pretty well.

I have driven through it many times in my travels as a home-health Occupational Therapist.

Indeed, I have been lucky enough to have had the opportunity to drive down Main Street and the rural areas of this small town.

In addition, I have paid visits to several of it’s residents, for therapy.

Clearly, I can say from personal experience that the people and the place itself are just lovely.

The beautiful town of Burkittsville Md is surrounded by miles of farmland.

It’s location is at the western-most tip of Frederick County along Route 17, between Middletown and Brunswick.

Needless to say, you’ll need to keep your eyes open for the Burkittsville sign because if you don’t pay attention you will definitely miss it!

The History of Burkittsville Md 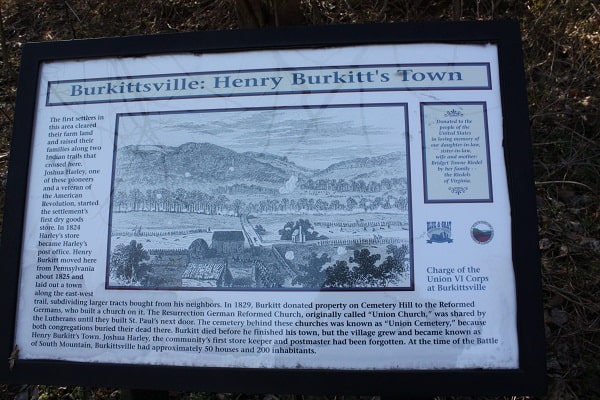 I have always wondered about it’s history, so this visit by Pam and me, was such a great reason to find out more about it!

Taken from the Burkittsville, MD website, “In 1810, Henry Burkett (or Burkitt, as it was later spelled) bought a part of the ″Merryland Tract″ that had been granted to the family of Governor Thomas S. Lee before the Revolutionary War.

Soon, a village grew on parts of the Burkitt and Harley properties at the intersection of two well traveled roads.

Joshua Harley opened a store about 1820 and in 1824 became the first postmaster of the village, which at that time was called Harley´s Post Office.

In 1829, Henry Burkitt commissioned a survey of his land and platted what was to become the town that bears his name.

From then until the Civil War the village flourished, with many of the trades of the times being housed in the structures that were built.”

In the late 18th and early 19th centuries, Burkittsville was a service center for the rural area that surrounded it, as it was home to churches, houses and trade establishments.

I knew about the movie called “The Blair Witch Project” from the late 1990’s, that had supposedly taken place in Burkittsville.

However, what I didn’t know was that the filming of most of this movie hadn’t actually taken place in Burkittsville.

Also, the entire film is fictional!

Definitely, it is a spooky movie, but unfortunately, for a period of time, it would attract ghost-hunters and vandals to Burkittsville.

Additionally, there are some ghost stories that have been passed down through the generations in Burkittsville that are pretty interesting.

But, I wasn’t as interested in researching them as I was in finding out about the history and beauty of Burkittsville.

What You’ll Find in this quaint town

Driving down Route 17 from Brunswick, into Burkittsville, Pam and I decided to turn left onto W. Main Street and drove through this quaint, historic area of beautiful, old homes, gorgeous greenery and cobblestone sidewalks.

Absolutely, it gives you a sense of going back in time.

As you continue about 1/2 mile, Main Street turns into Gapland Road and takes you up into Gathland State Park (I believe this is a part of South Mountain).

Now, Gathland State Park isn’t officially part of Burkittsville, but it is so interesting and beautiful that we are including it in this post.

Not to mention, we did write a separate blog post all about Visiting Gathland State Park & National War Correspondents Memorial Arch. 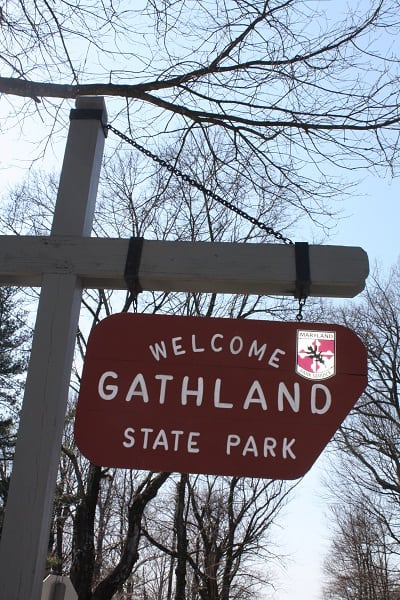 Gathland State Park actually was once the mountain home of a Civil War journalist named George Alfred Townsend (his pen name was Gath).

In the late 1800’s, Mr. Townsend designed and constructed several buildings on his property, some of which remain today.

The Main Hall and the Lodge were reconstructed in the 1950’s. 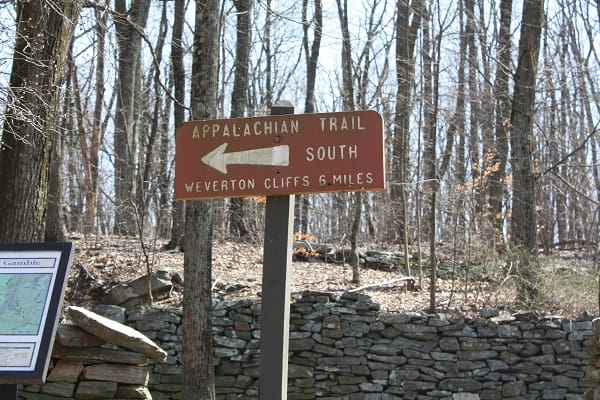 Also, when you visit this park, you will notice that the Appalachian National Scenic Trail runs through it, passing the monument base. 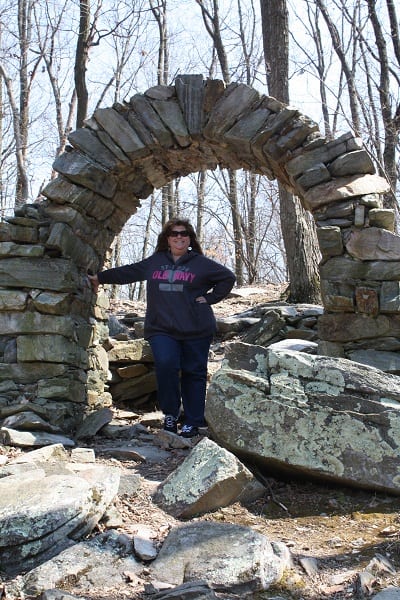 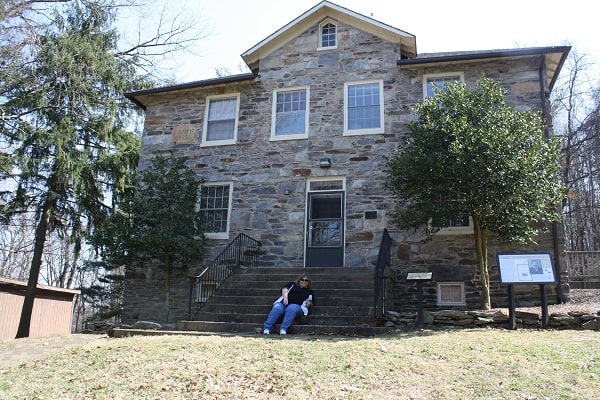 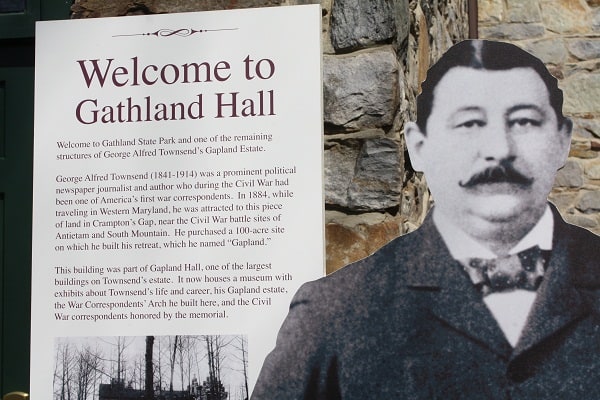 Pam and I visited Gathland State Park on a weekday, but if you go on a weekend during the Spring, Summer or Fall, the museum (which I believe is the building that was once Mr. Townsend’s home) is open.

However, the grounds of the park are accessible all year round. 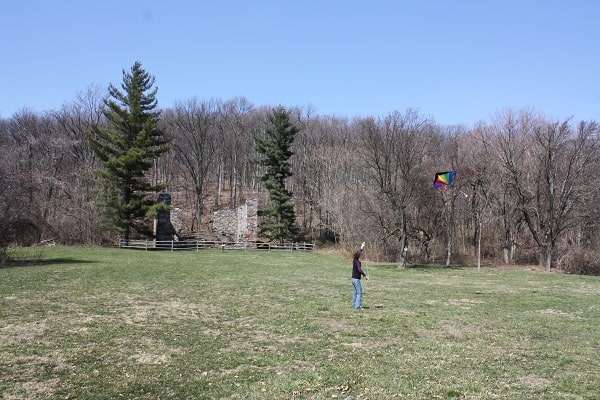 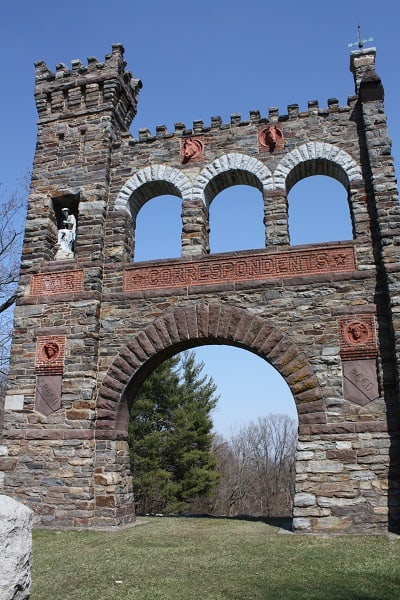 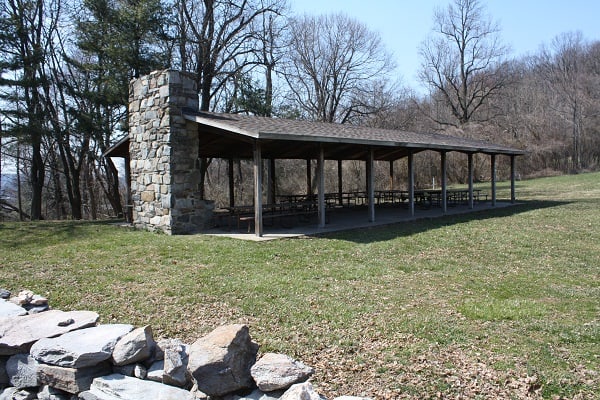 As we drove back down the mountain into Burkittsville, we noticed a small abandoned church.

This church and cemetery are located just off the road, kind of hidden in the woods.

Surprisingly, there isn’t a driveway or road to get to this church.

So, we stopped on the side of the road to check it out.

What a picturesque scene!

It turns out that this little church was once the Ceres Bethel African Methodist Episcopal Church.

It originates from 150 years ago, which explains why there is no driveway to get to it!

This church attracted many freed slaves and was one of the oldest African-American congregations.

Unfortunately, since it officially closed in 1984, there has been vandalism to the church and evidence of ghost-hunters.

As a matter of fact, in 2003, a Reverend Richard Dyson (retired) and several members of Mount Zion AME held a night-time service at the church to rid it of evil spirits. 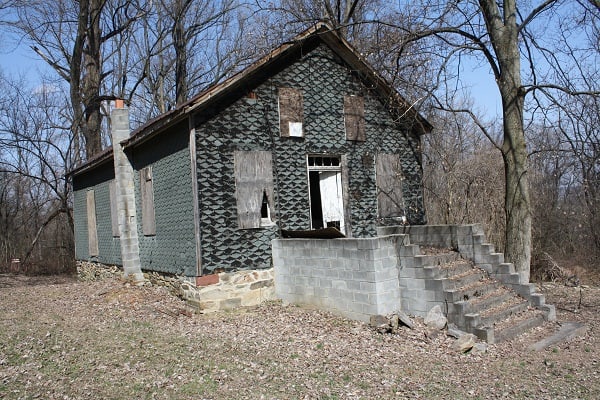 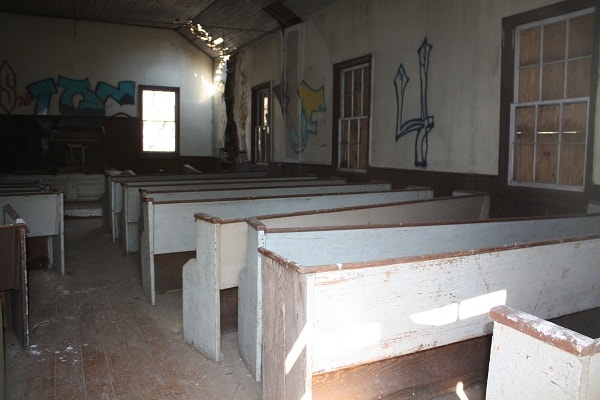 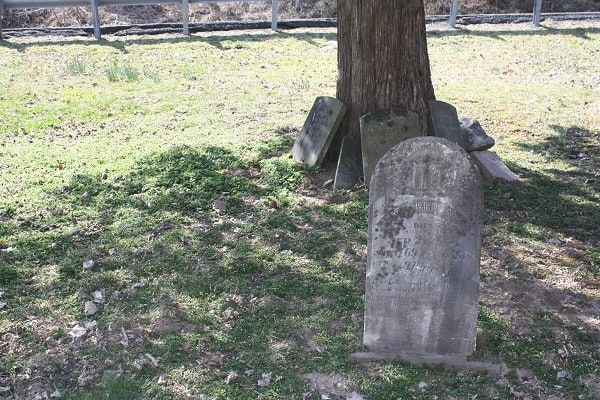 We drove back down through Main Street and took lots of pictures.

As a matter of fact, it’s so beautiful and serene that it’s difficult to put your camera down!

Although Burkittsville is quite small, we ran out of time and couldn’t explore the other historic buildings.

The simplicity and “untouched” nature of Burkittsville really explains why the town’s motto is “Neighbor helping Neighbor”.

Undoubtedly, I wouldn’t mind calling myself a resident of Burkittsville one day! 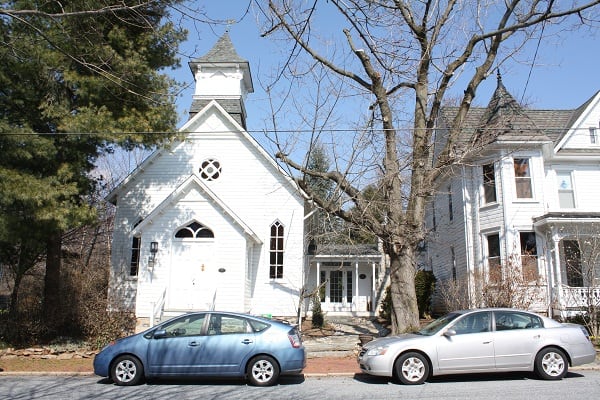 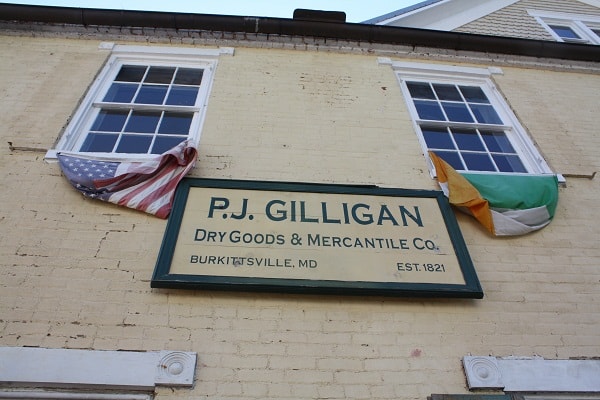 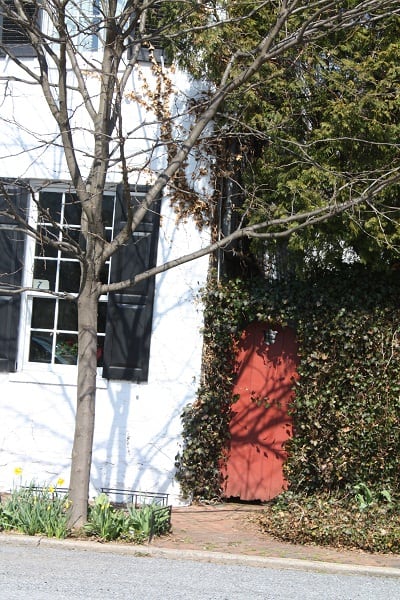 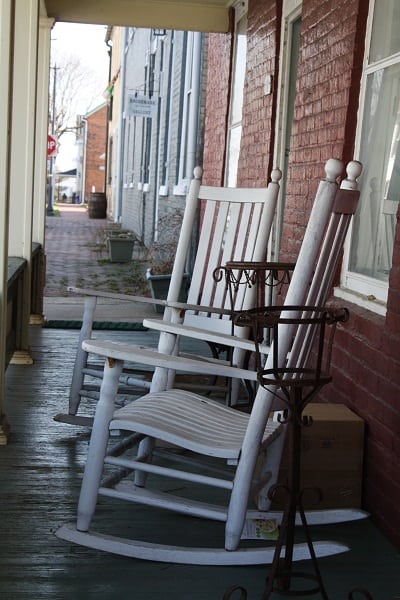 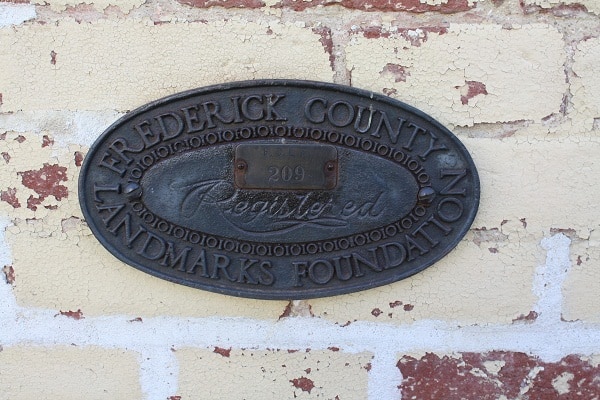 For more information on Burkittsville, MD, you can log in to these websites: