Gathland State Park and the National War Correspondents Memorial Arch are located on a scenic, sprawling 140 acres in Jefferson, Maryland.

Before becoming a park, it was once owned by a Civil War correspondent, George Alfred Townsend.

Interestingly, he went by the pen name, Gath.

Since 1949, Gathland State Park has been a public recreation area as well as a historic preserve.

Without a doubt, it’s a wonderful place to visit with friends and family! 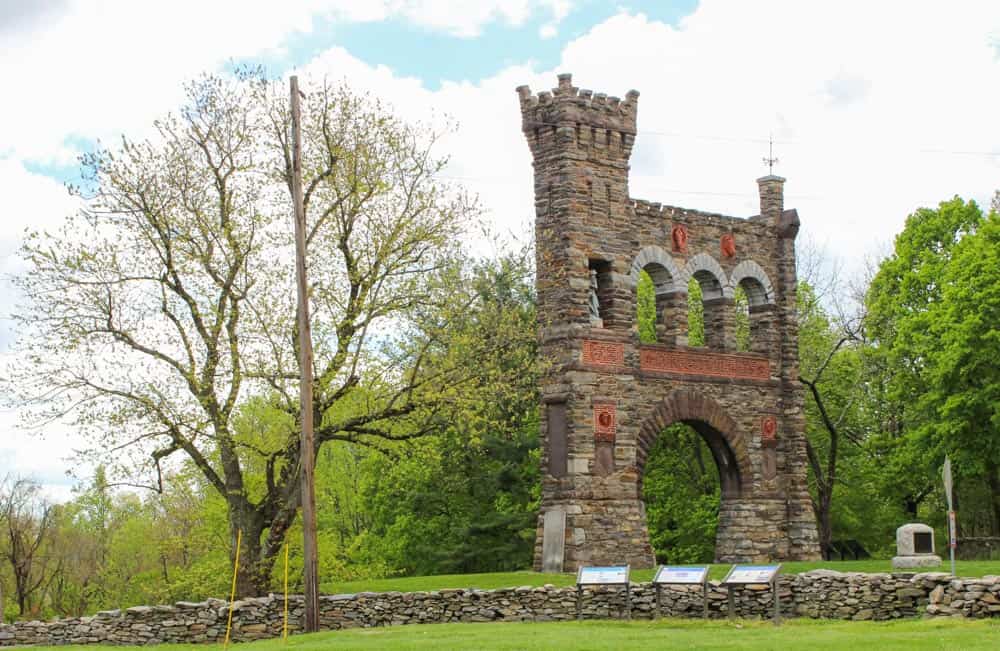 Recently, I decided I needed to get out of the house and just take a nice walk somewhere pretty!

Gathland State Park happens to be relatively close to where I live, so I jumped in my car and drove over!

I’ve been here before and have always loved the beauty of this park!

However, I’ve never really taken the time to read all of the signs and truly learn about its history.

After parking my car, I walked over to the area where you can access the Appalachian Trail. 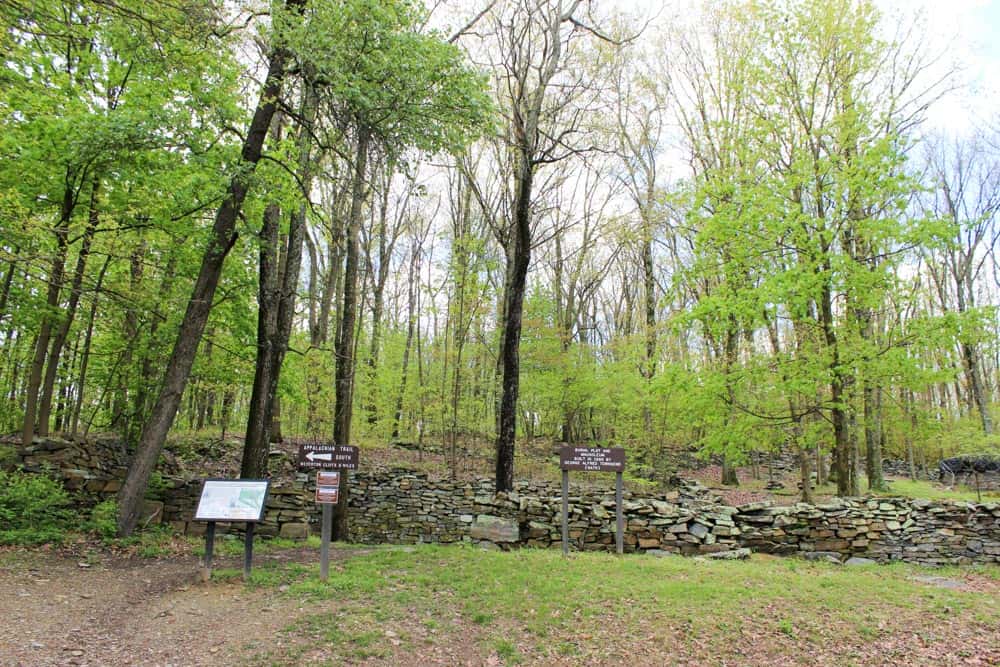 Specifically, this entrance to the trail will take you 6 miles south to Weverton Cliffs.

Weverton Cliffs is a gorgeous place located in Knoxville, Md at the southern tip of South Mountain, 500 feet above the Potomac River!

Unquestionably, it’s a great spot for taking in the scenery!

Although you don’t have to take a 6 mile hike to get there, you can if you really want to!

Here’s an article on Weverton Cliffs describing how you can hike there in just 1.5 miles. 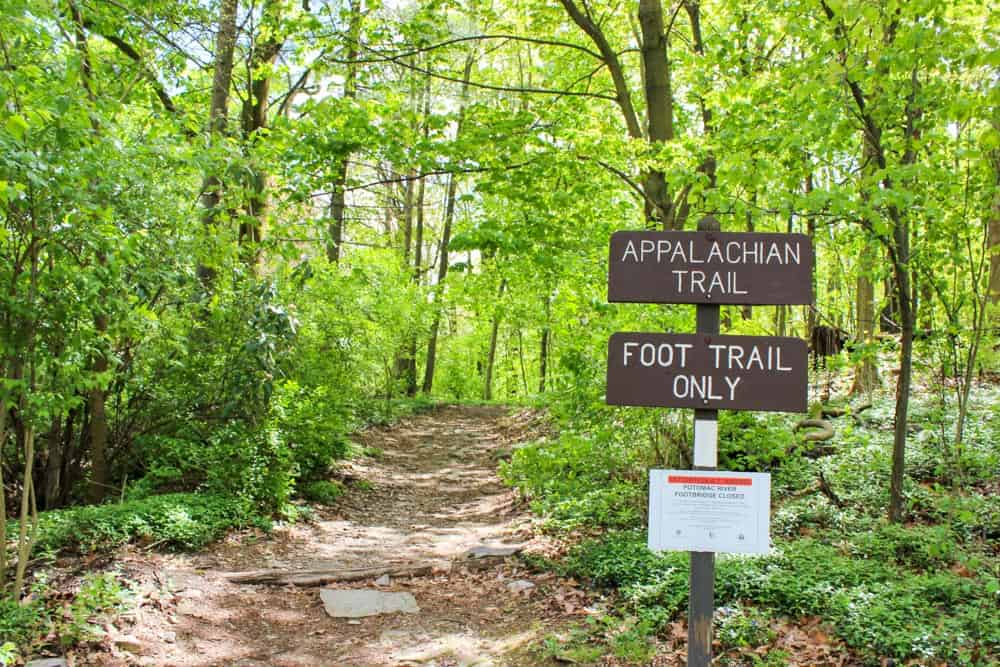 As I walked past the Appalachian Trail entrance, I walked up the hill to this really pretty arch and wall created out of huge rocks.

Clearly, it’s a great place to take photos with your friends and family.

I don’t know what it is about arches that make me compelled to walk through them and take photos under them, but I love it! 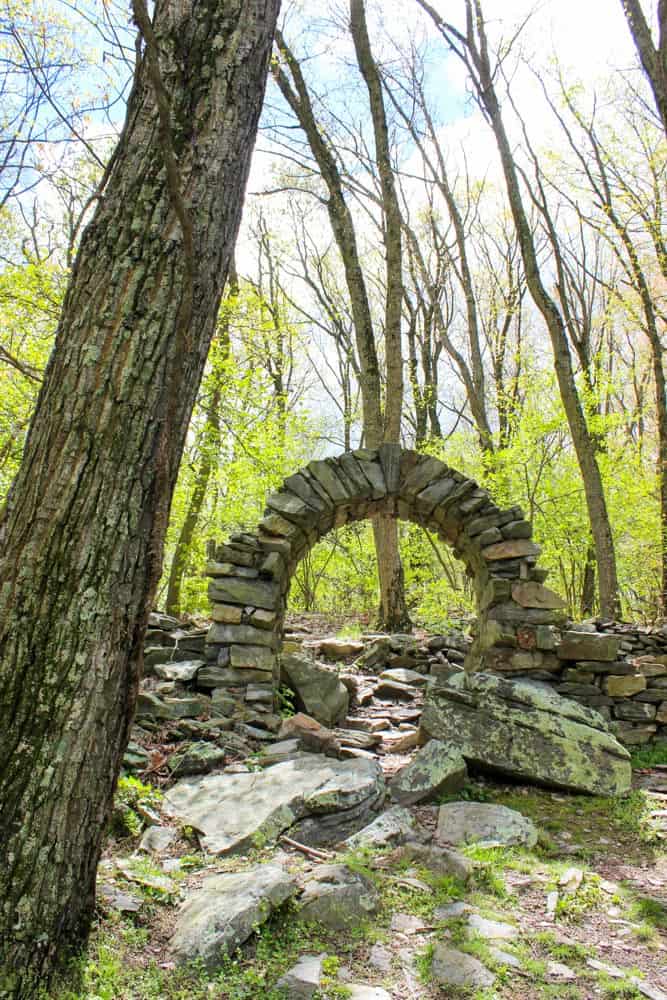 Not only is this a great area for pictures, but also it’s great for hiking. 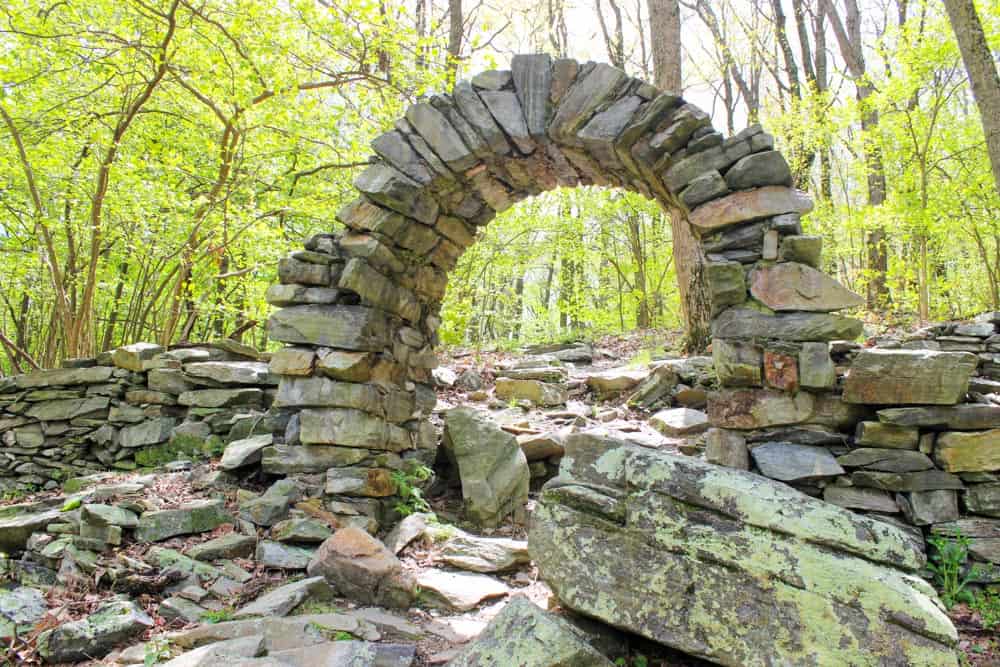 Slightly down the hill from the arch is Gath’s Empty Tomb.

Although George Townsend built this mausoleum for himself in preparation for his own death, this isn’t his final resting place.

Unfortunately, when he died, 20 years after building his tomb, he had lost his fortune and was living in New York City.

Sadly, Gath was buried in a cemetery in Philadelphia, PA and was never brought back to his tomb, his planned final resting place.

“Gath’s empty tomb mutely symbolizes the uncertainties of life, fame, and fortune and the certainty of death.” 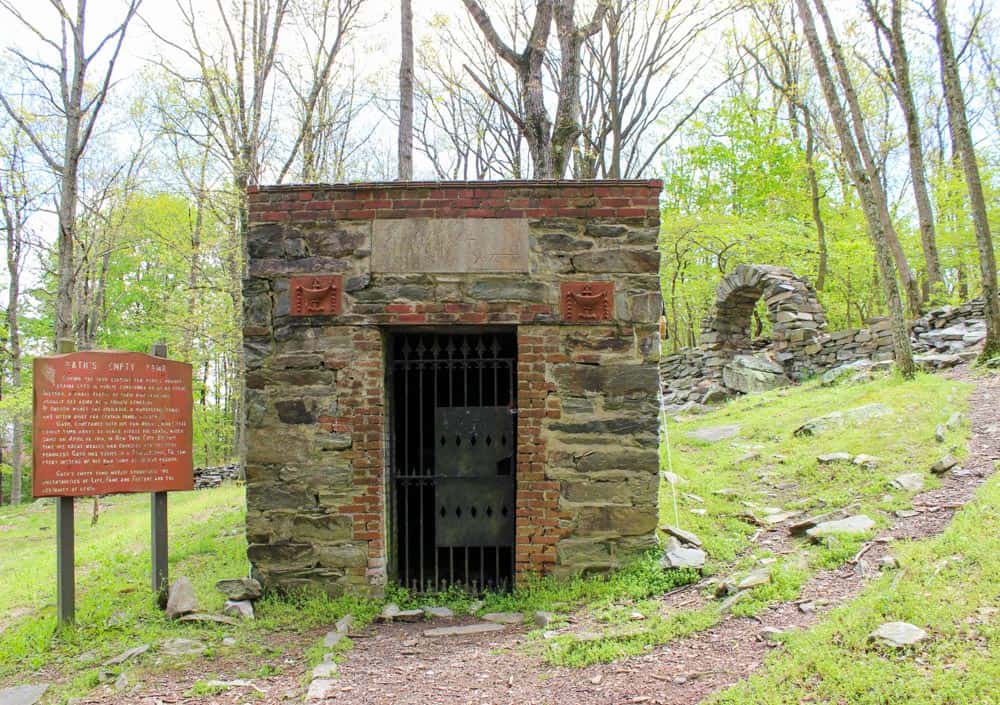 The entire property is very scenic with most of the original outbuildings still standing.

One of the buildings, Gapland Hall, is now a museum with artifacts about Townsend’s life and career as a journalist and novelist.

As well as that, there is another building, also a museum, detailing information about the Battle of South Mountain. 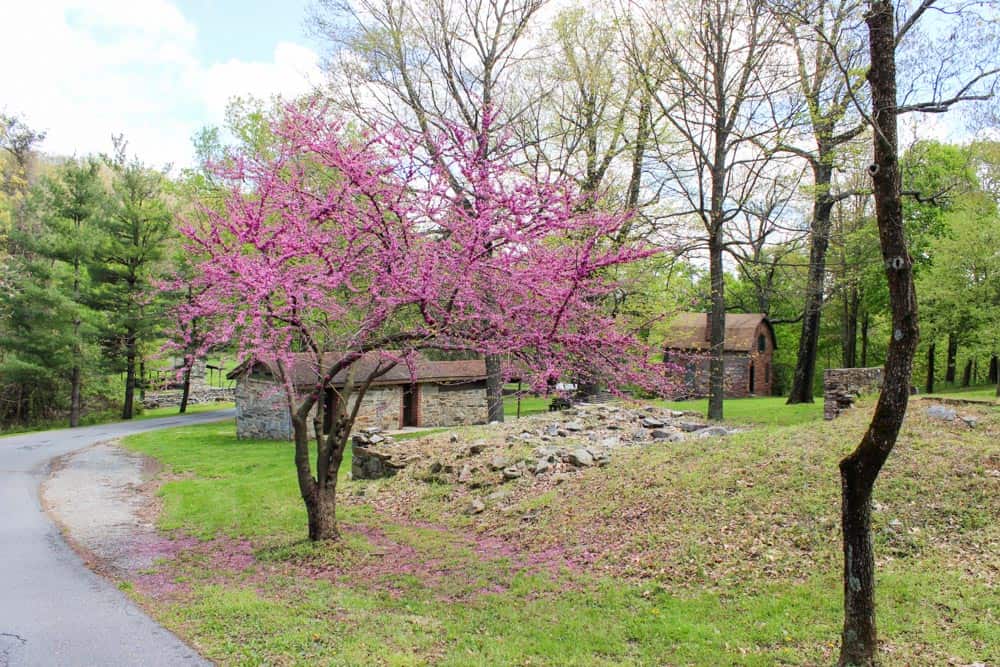 At the bottom of the drive, before crossing Gapland Road, are several signs detailing a rich history.

The specifics of what took place here during the Civil War, specifically the Battle of Crampton’s Gap, are fascinating. 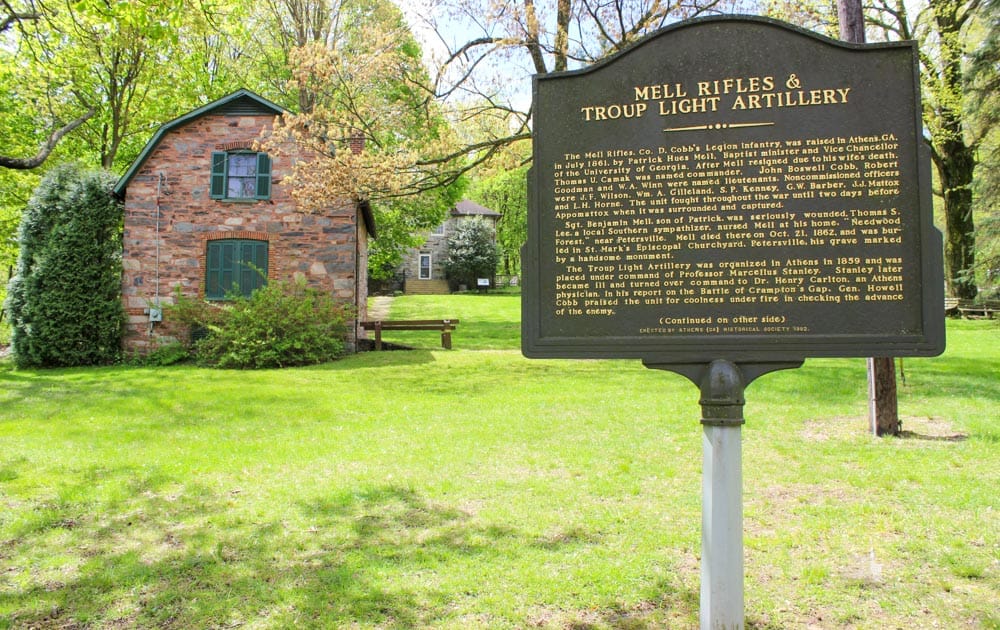 The Battle of Crampton’s Gap

Particularly, the Battle of Crampton’s Gap (or Battle of Burkittsville) occurred here on September 14, 1862. 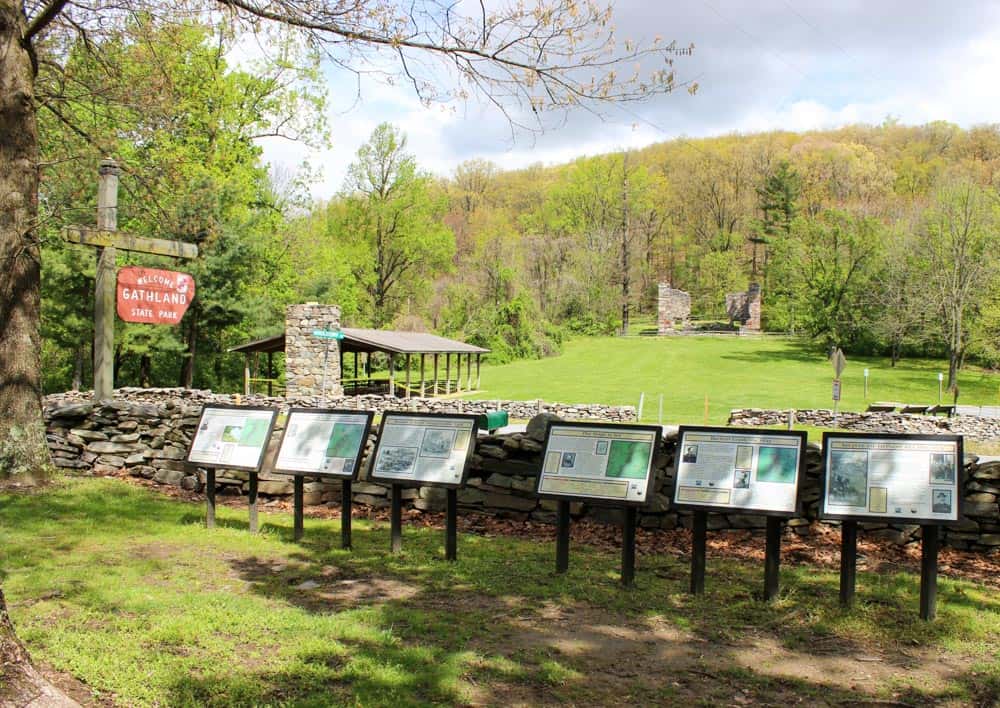 Undoubtedly, any Civil War buff would love to visit here!

Throughout the park there are signs detailing this battle with names of the people involved.

Admittedly, history has never been my strong suit whatsoever!

So, instead of trying to re-write the information from these signs, I will take let the photos do the talking! 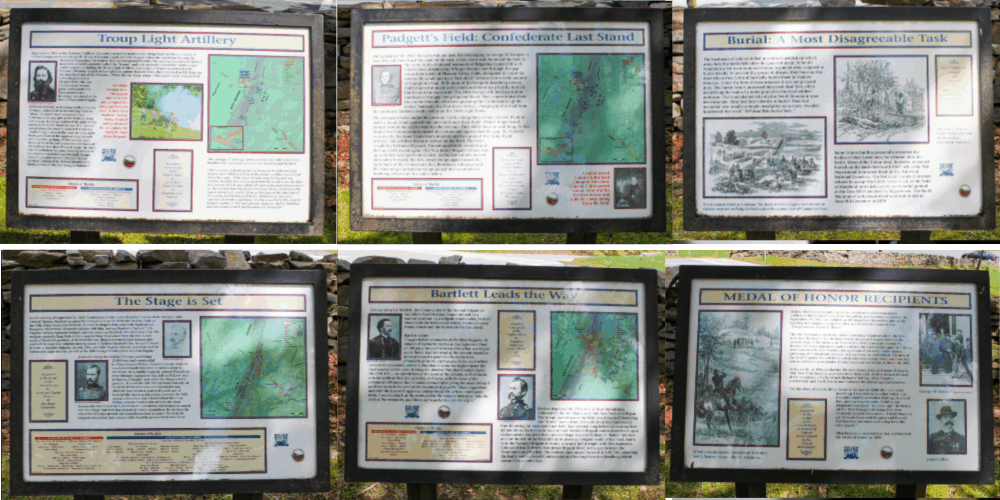 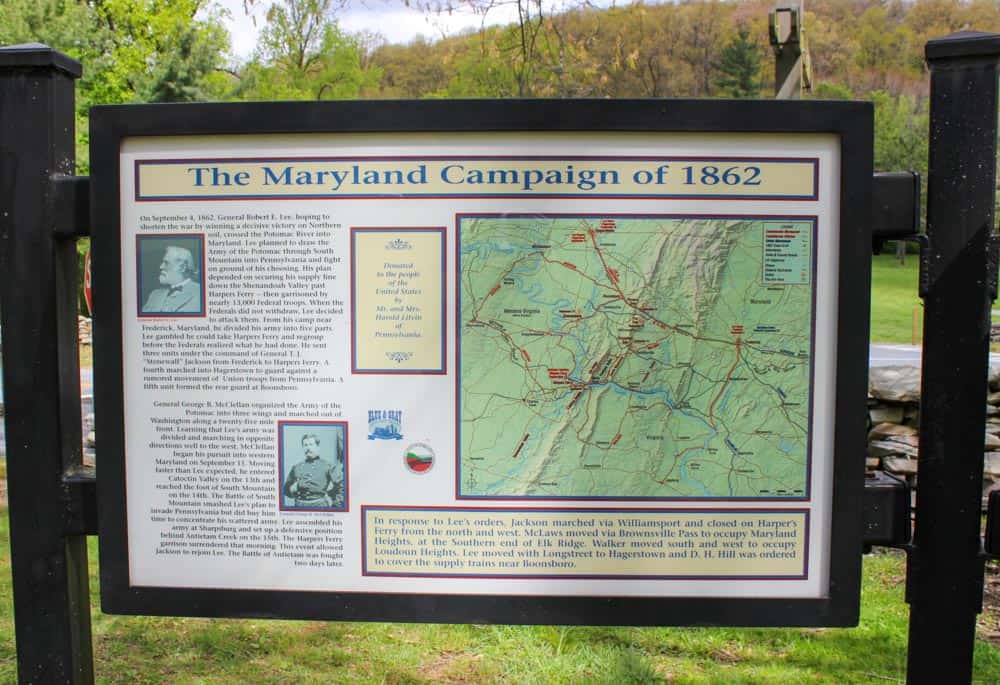 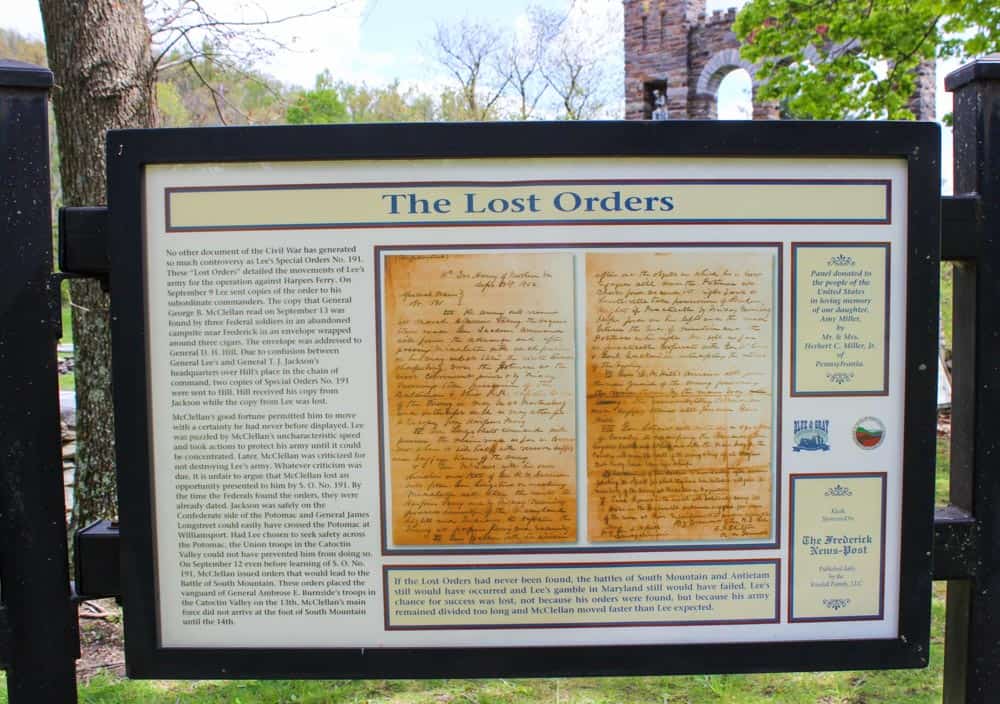 Pro Tip: Be careful crossing Gapland Road while walking to the monument.

Because it’s at the crest of a hill on both sides of the road, cars will seem to appear out of nowhere, cruising over this hill. 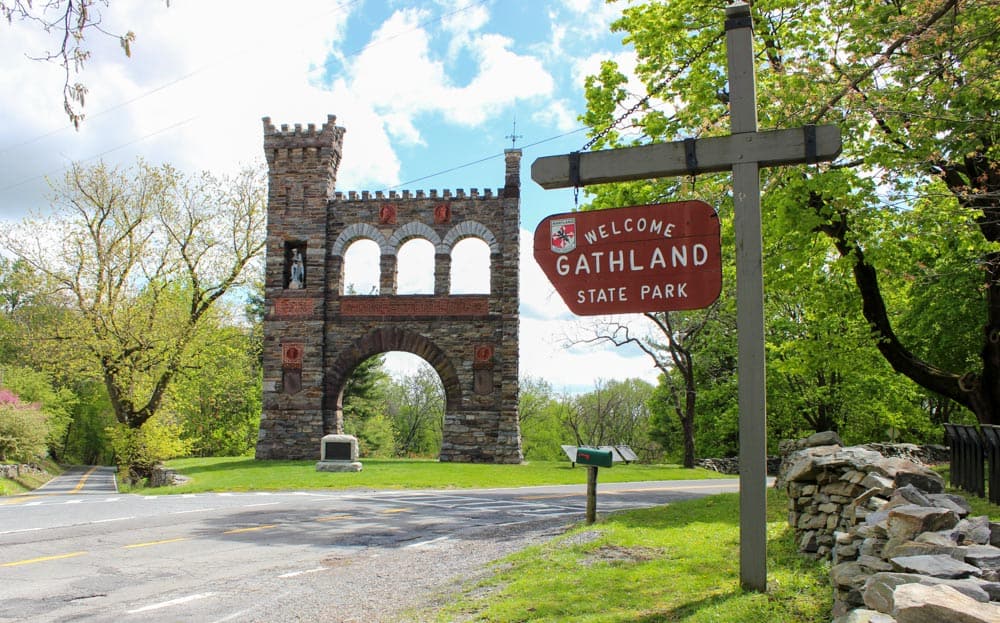 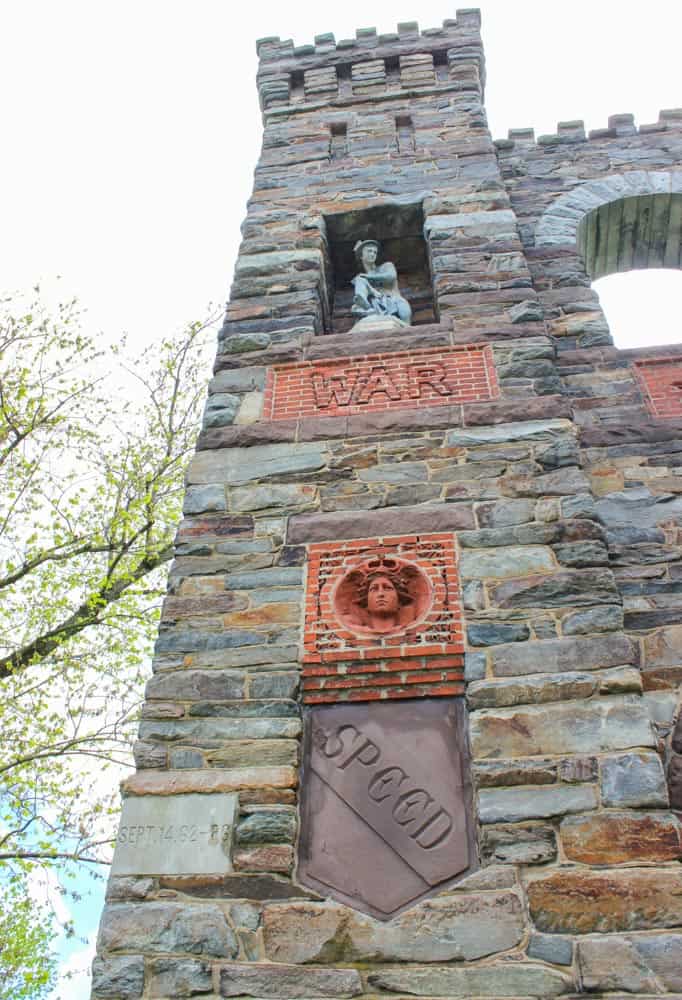 It should be noted that this is the only monument in the world dedicated to journalists killed in combat.

Included on the monument are tablets with the names of 157 correspondents and war artists. 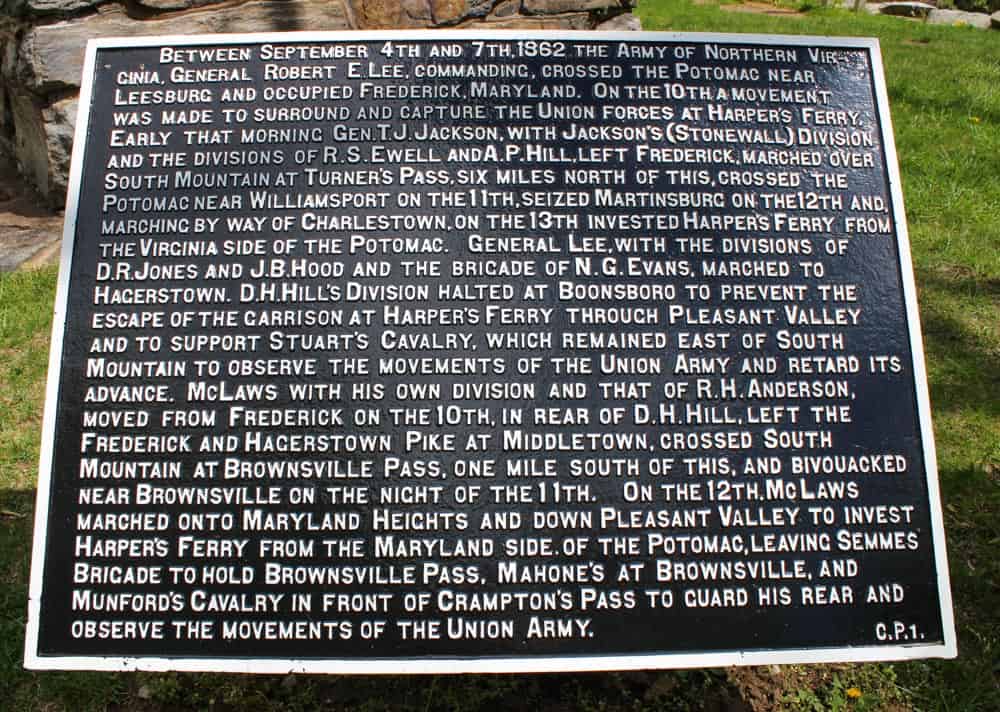 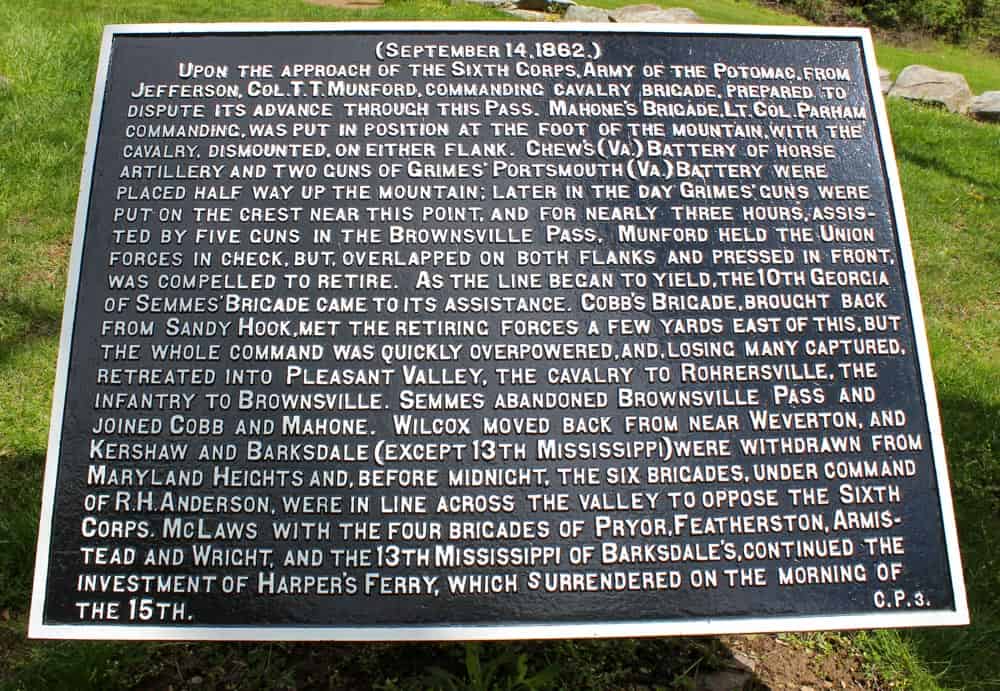 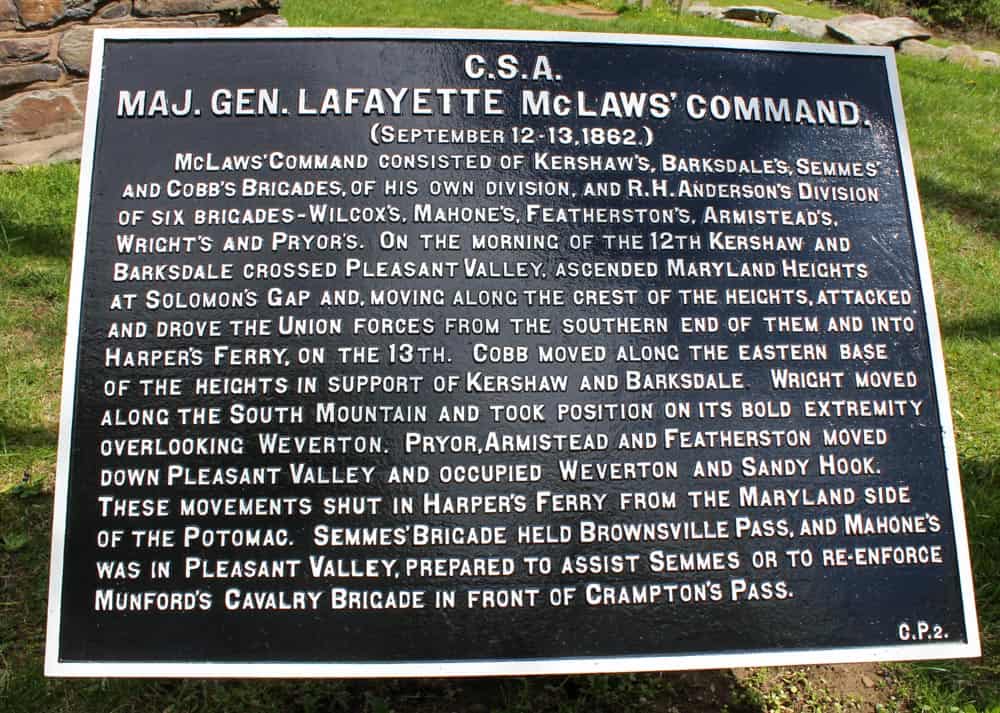 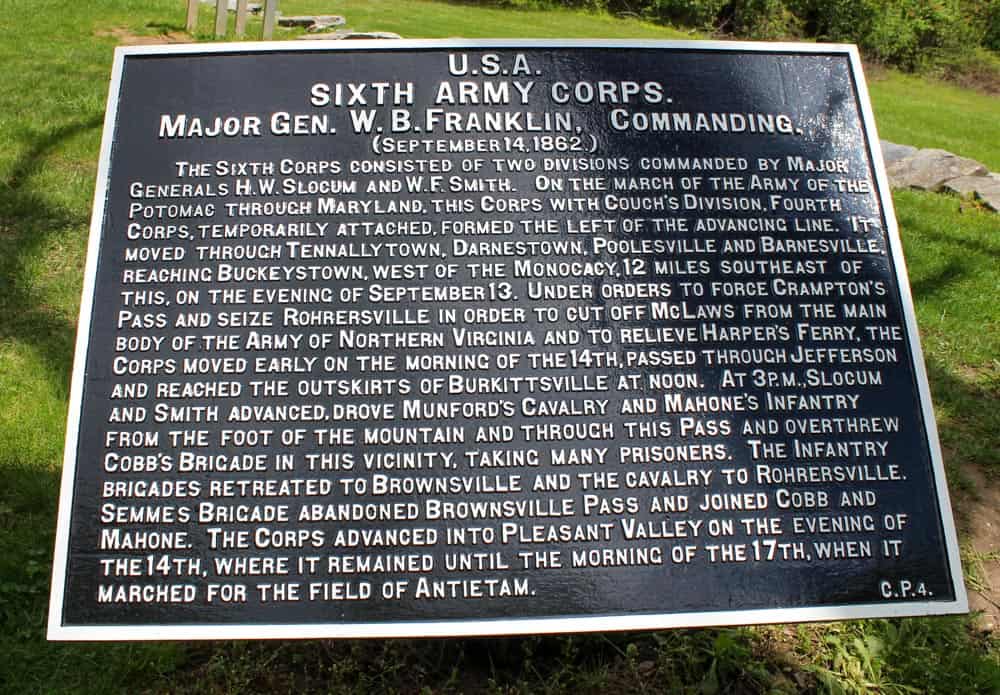 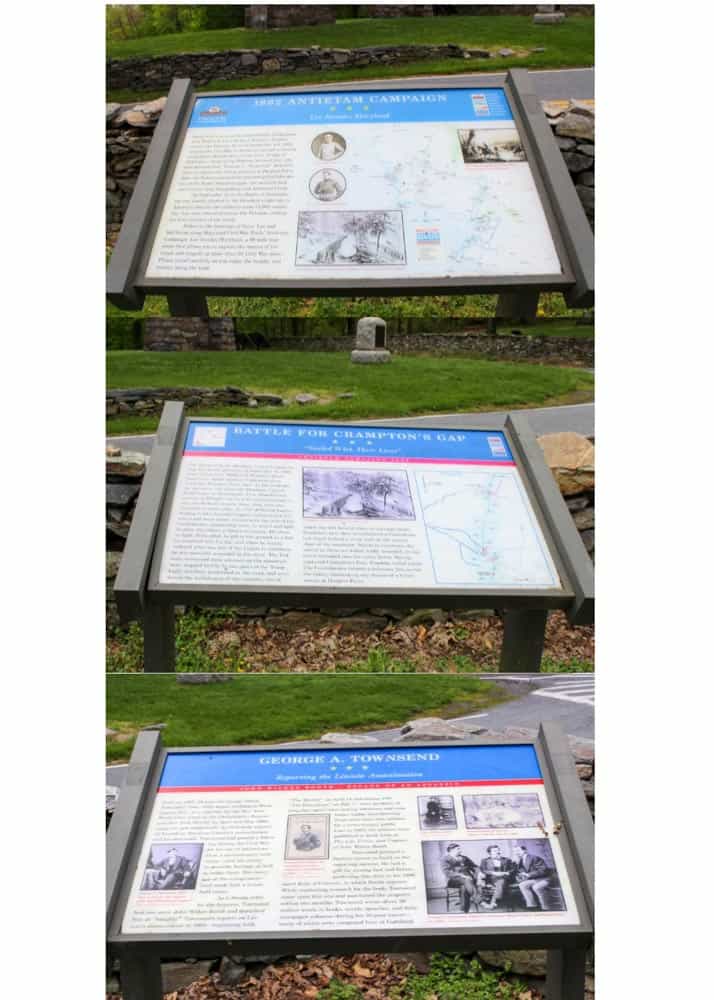 Finally, toward the back of the park are the ruins of a large building.

However, I couldn’t find a sign detailing the history of this structure. 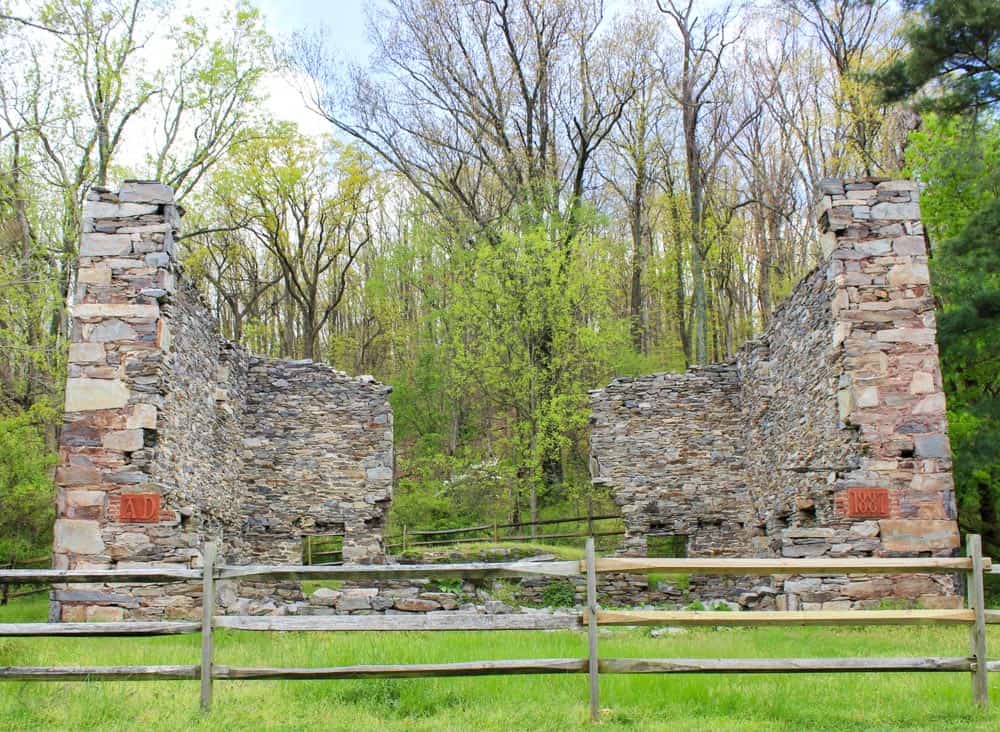 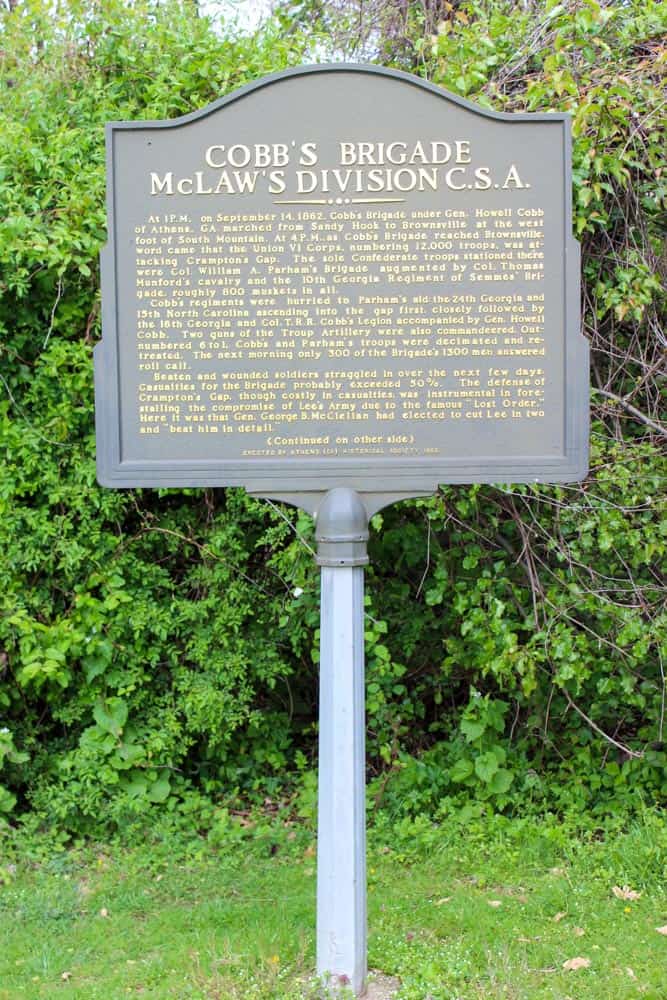 Gathland State Park is a gorgeous place to visit, giving you a chance to escape the hustle and bustle of life, breathe in the fresh air and exhale.

I highly recommend you visit here yourself!

For more information on this part of Frederick County, read our post on Exploring Burkittsville, Maryland.

Lastly, for more posts on great parks in Frederick County Maryland, click on over to:

Cunningham Falls State Park: Get Back In Touch With Nature 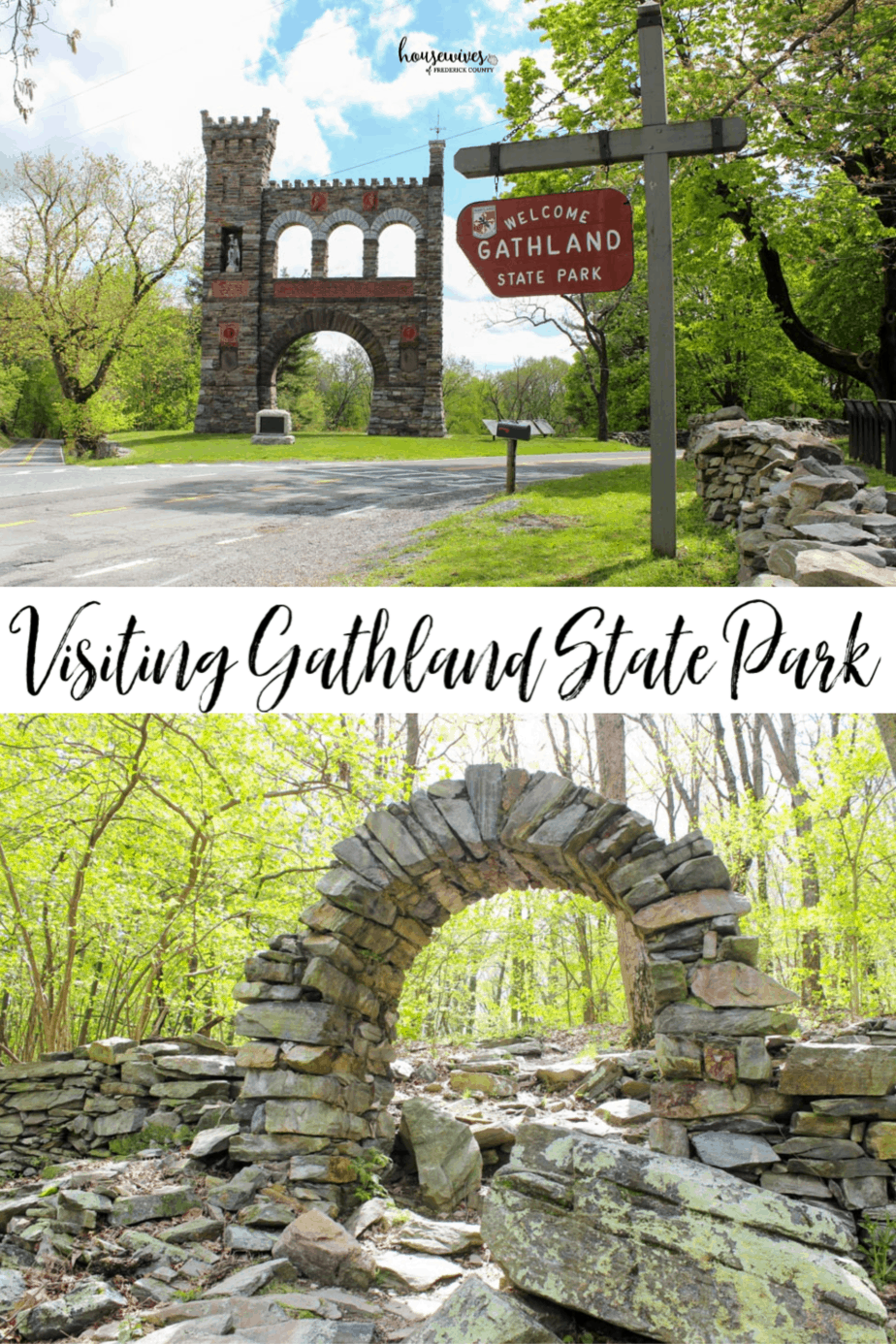