In this post I’m going to show you how to easily make baked brussels sprouts in a foil packet.

It’s super easy and results in an amazing brussels sprouts side dish!

As promised in my last post for Sesame Salmon & Snap Peas, I am now presenting you with the second half of my scrumptious dinner.

I found these recipes in my Hungry Girl To The Max! The Ulitmate Guilt-Free Cookbook.

How cute is that name?

Don’t knock it until you’ve tried it

Now most people I know stay as far away from brussels sprouts as physically possible, my son included.

However, they are so good for you and actually a very satisfying and tasty veggie to include in your diet.

A quick little story about me and brussels sprouts:

When I first met my husband, I wanted to find out certain things about him to find out if we were compatible enough to sustain a good relationship.

The list goes on and on, but one thing that was an important item was: Does he like brussels sprouts?

And the answer was yes!

A match made in Heaven! 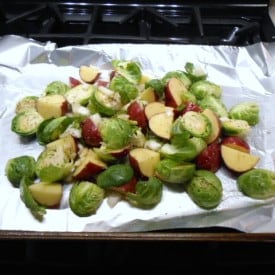 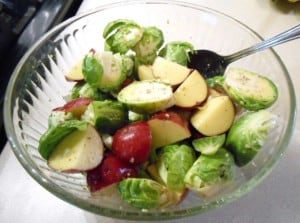 As with my other foil-pack recipe, this one was so easy to make and so tasty to eat. 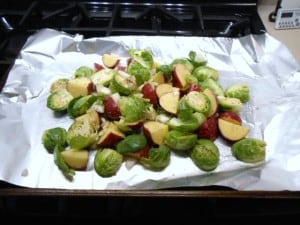 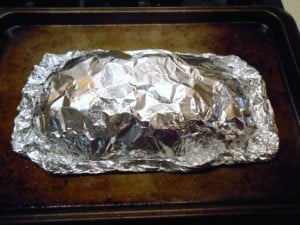 I served it as a side dish with my Sesame Salmon & Snap Peas.

The bottoms of the potatoes and Brussels sprouts browned a little bit, so they had that roasted taste to them. 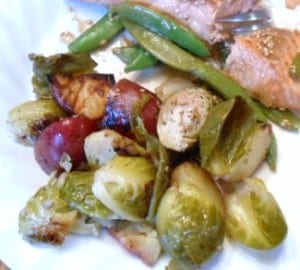 Have you ever tried them? 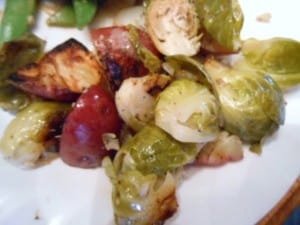 Do me a favor and just try them, especially in a recipe like this one.

I’m happy eating them steamed with some salt and pepper on them.

But if you dress them up a little bit like in this recipe, you might find that brussels sprouts have gotten a bad rap for no good reason! 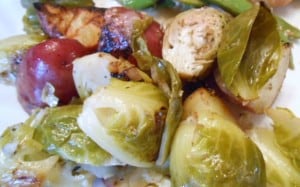