Evil Twins is a series of true life stories on the Investigation Discovery Channel that reenact true crimes that identical twins have committed.

In this post, we talk about our experience acting out the roles of a set of identical twins in the ‘Sacrificial Lamb’ episode. 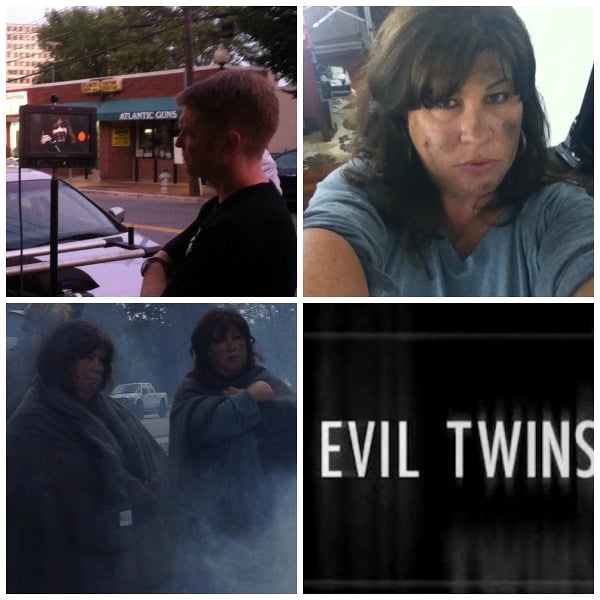 This is the story about a little 4 year old boy. His name was Shawn.

But first, here’s a little background on how we got involved in this story.

Getting the Call To Audition for Evil Twins 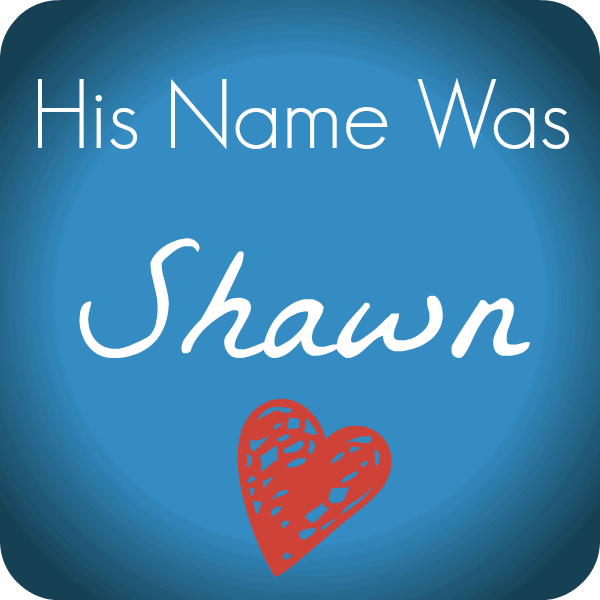 Back in August 2013, while I was away on vacation in beautiful Deep Creek Lake, Maryland, Terri called me with an opportunity.

This opportunity was a once-in-a-lifetime, check-it-off-your-bucket-list, type of opportunity.

We were asked by a local production company, Sirens Media, to audition for a starring role in an episode of Investigation Discovery’s Evil Twins.

But neither of us has ever acted before in our lives.

Terri’s son has been acting in theater since he was 6 years old.

Somehow, through the grapevine, Sirens Media found us.

Of course I screamed at the top of my lungs and thought, how exciting will this be!

Turns out we nailed the audition and were offered the roles.

Obviously, Terri and I were both so excited!

BUT we were also somewhat apprehensive.

Because as the name of the show implies, it involves twins who are evil.

It’s a true-crime series of twins who commit evil acts.

Of course that scared us.

We in no way wanted to glorify a true crime.

The story that we acted out is a horrific, tragic story that was heart-wrenching to learn about, let alone act it out. 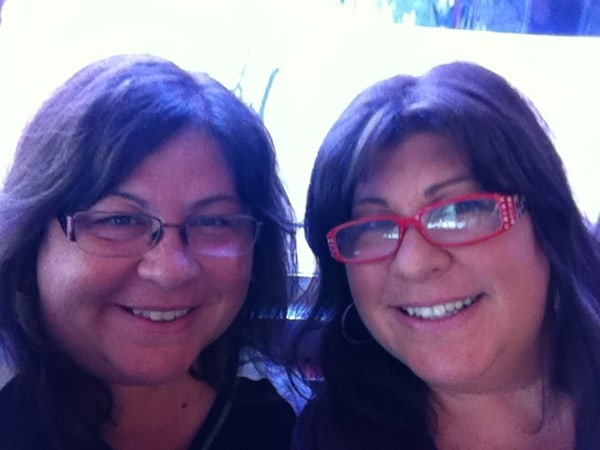 The shooting was for the duration of one week and took place at several locations in Silver Spring, Maryland.

In order to more closely resemble the real-life twins, Gretchen Graham and Gloria Franklin, Terri and I were asked to color our hair dark.

On the first day of shooting, we met at the Tastee Diner in Silver Spring, Maryland.

Terri and I both played waitresses. 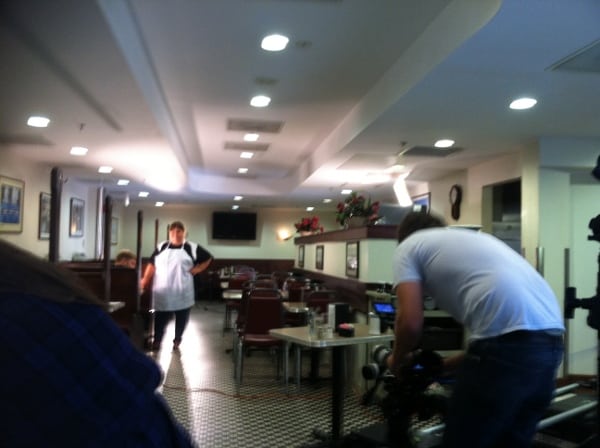 It was so surreal to be in front of the cameras and production crew, feeling like real actors. 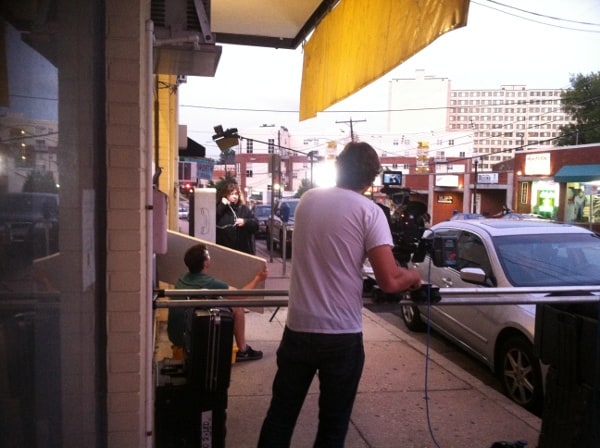 But the shooting days were long and tiring.

It’s truly not as glamorous as you might imagine. 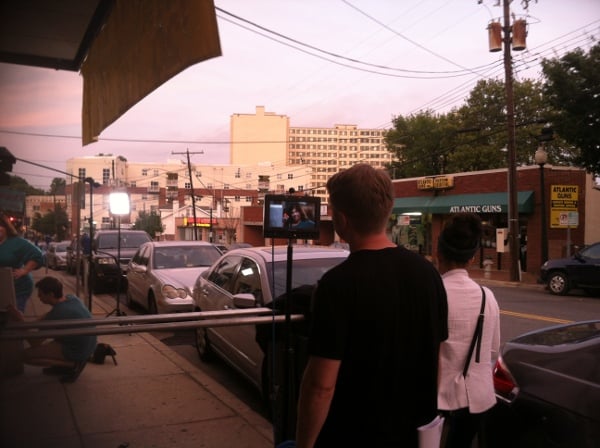 But it was an experience that both of us knew would most likely never happen again in our lifetimes. 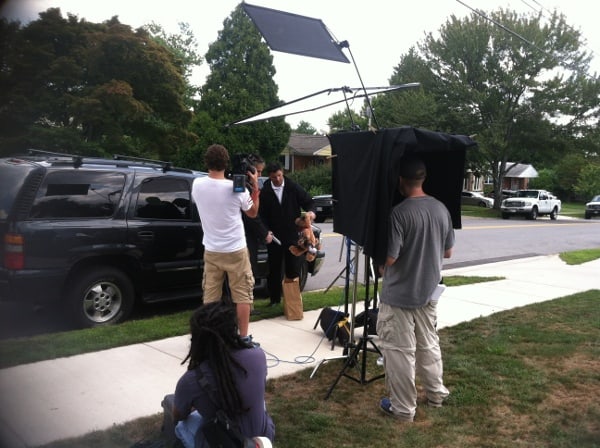 The actual, real-life story happened in 1989 in Wolverine Lake, Michigan in the winter.

However, we filmed it in 90 degree temperatures.

At times it was pretty brutal, wearing heavy coats, being blasted with smoke, pretending to be cold, when in reality we were sweating profusely. 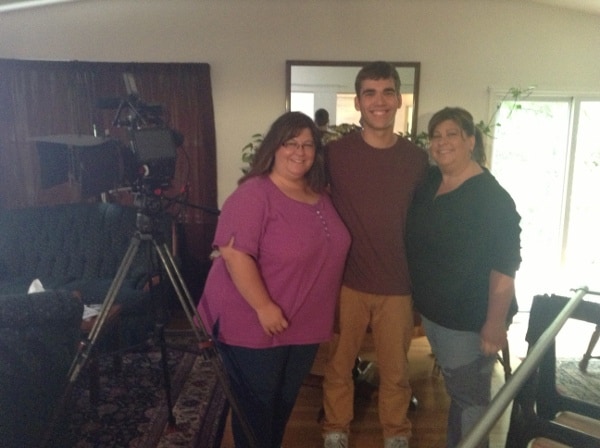 The Evil Twins Cast and Crew

The above picture is Terri and me with one of the actors who played my son.

The below picture is Terri and me holding our little star who played Terri’s son.

He was so much fun! 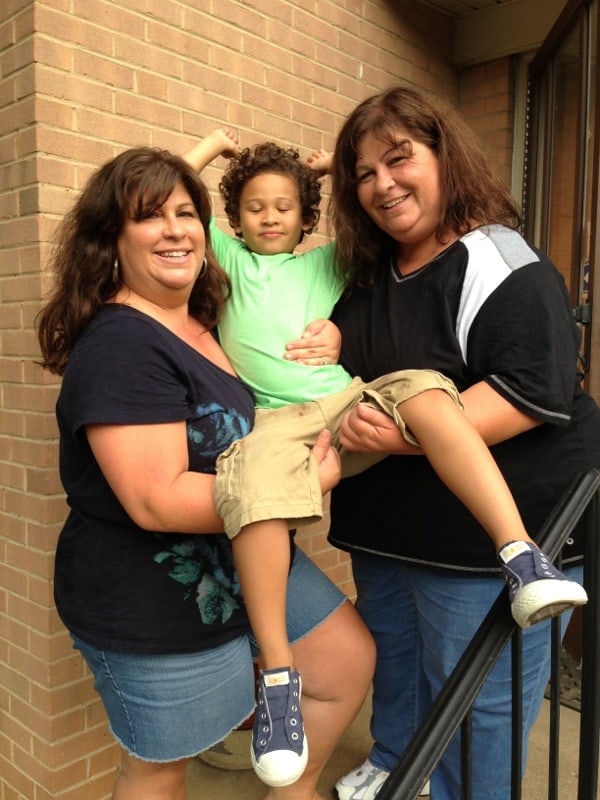 The picture below is most of the crew on our final day of shooting.

Some of the most hard-working and nicest people I’ve ever come to know.

If you’re interested in watching our episode, you can find it on Amazon: Evil Twins: Sacrificial Lamb.

There’s also information about the case we acted out, as well as other twin related crimes in this book, Evil Twins: Chilling True Stories of Twins, Killing and Insanity. 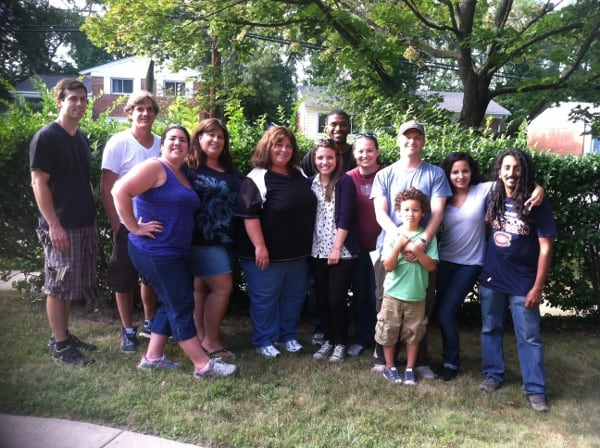 So, normally I would end this post and say how much fun we had!

Don’t get me wrong, we did have fun!

Friendships were made in that one week of shooting that we still have today.

We all worked extremely hard in hopes that it will be a great episode.

But my main purpose of this post wasn’t to show you how fun it is to be an actor on a nationally televised show.

It goes so much deeper than that.

The story that we acted out was about a set of twins whose lives went in totally different directions.

The chaos resulted in an unplanned pregnancy and the birth of a little boy.

Shawn was born into a life that nobody would want to be born into.

His mother didn’t know how to be a mom.

Shawn was homeless at times.

He was neglected and was many times left unsupervised.

As a result, he acted out.

To get this attention, he got a hold of lighters and lit things.

His caretakers didn’t know how to handle him, so they would lock him in a room for long periods of time with a padlock on the outside of the door.

Shawn couldn’t get out until they let him out.

He was an abused, neglected child.

On that fateful day back in 1989 when he died, Shawn was only 4 years old.

If Shawn hadn’t died that day, he would now be 29 years old.

In the prime of his life.

Are there any pictures of him?

Where was he laid to rest?

Did they have a proper funeral for him?

Is there anything, anywhere that memorializes him?

I want to know.

Shawn Graham was a child who deserved a better life, but never had a chance.

I wish so badly that I could turn back the hands of time and get Shawn out of the situation that he was in.

I’d give anything to be able to offer him a huge hug and tell him everything is going to be okay.

How many other Shawn Graham’s are there out there?

My fear is that there are many.

I recently found statistics online about child abuse and neglect.

Taken from a site called Childhelp, “The United States has among the worst records among industrialized nations – losing on average between four and seven children every day to child abuse and neglect. Approximately 80% of children that die from abuse are under the age of 4.  About 30% of abused and neglected children will later abuse their own children, continuing the horrible cycle of abuse.”

It’s a national epidemic and something that is in desperate need of more awareness.

Did you know that the month of April is National Child Abuse Prevention Month?

This site offers a downloadable resource guide, information on preventing child abuse, protecting children from the risk of abuse, and promoting healthy families.

They also include widgets you can use on social media to show your support in promoting National Child Abuse Prevention Month.

Information about national organizations who work to promote well-being in children, families, and communities, including contact information, is available on the Child Welfare Information Gateway.

The following is a list of the National Child Abuse Prevention Partners:

In Memory of Little Shawn Graham

Terri and I, along with the entire cast and crew were forever affected by our episode of Evil Twins.

It is the only episode that involves the death of a child.

We all cried at some point, before, during, and after the taping of the show.

It’s a terribly sad subject, but something that is real and happens every day.

Our hope is that more people will educate themselves on the signs of child abuse, the resources that are available, and the ways to stop the endless cycle that child abuse presents.

This post is in memory of little Shawn Graham.

We never knew you, but we’re so sorry for what happened to you.

And we will never forget you!