Like you really need 7 new reasons to visit Nationals Park!

The behind-the-scenes preparations for the upcoming season are too exciting not to share! 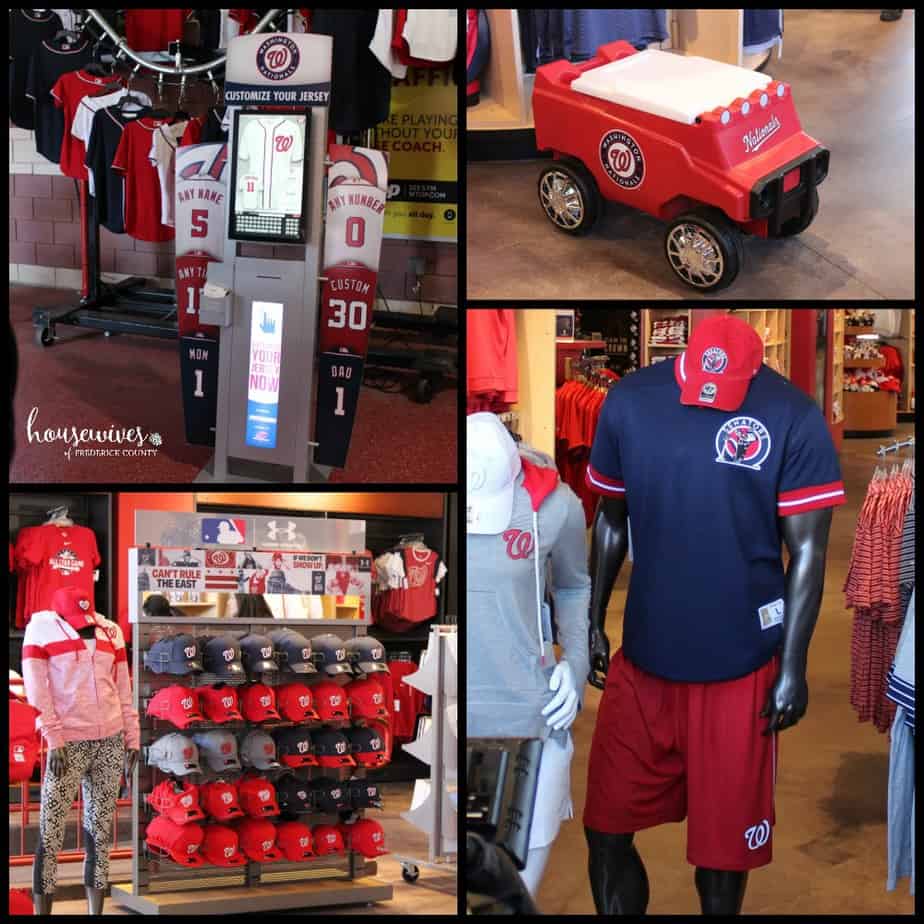 Nationals Park has modernized their retail locations and significantly expanded their collection of merchandise throughout the ballpark.

They now have a new Jersey Conveyor where fans can personalize their own jersey of their favorite player.

They’re also offering the opportunity for fans to get authentic, autographed and game-used memorabilia straight from Nationals players!

You can get this memorabilia either in the stadium or online on their auctions page.

The stadium has a TON of cool Nats merchandise!

Some of their new items are Under Armour hats, Mitchell and Ness Cooperstown Senators apparel, and an assortment of Columbia and Johnnie-O apparel.

Larger products, like the Nationals remote control coolers, can be purchased in-store and shipped for free directly to fans’ homes. 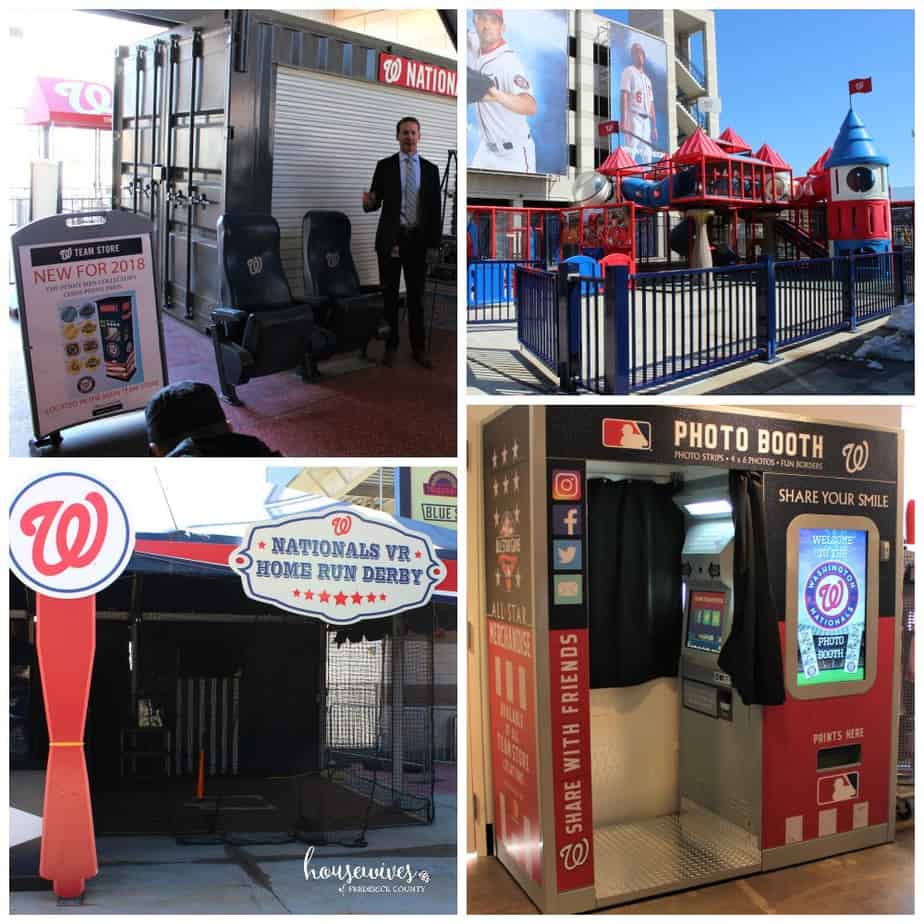 Some of the really cool things Nationals Park is offering their fans this year are: 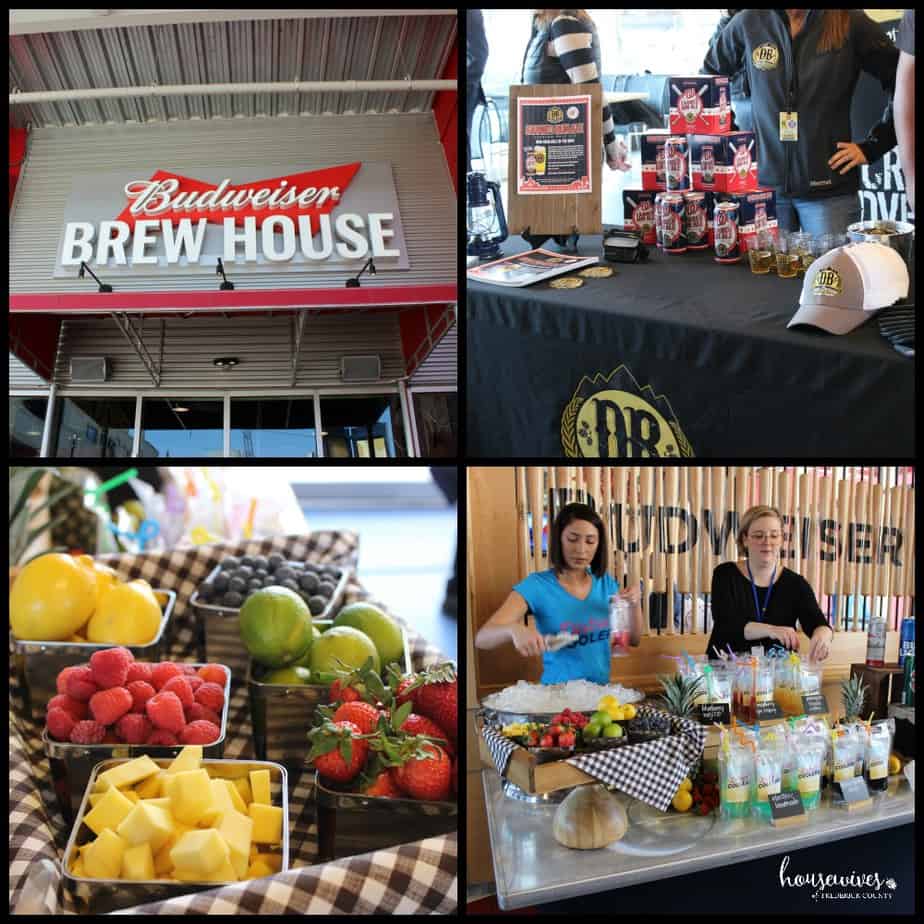 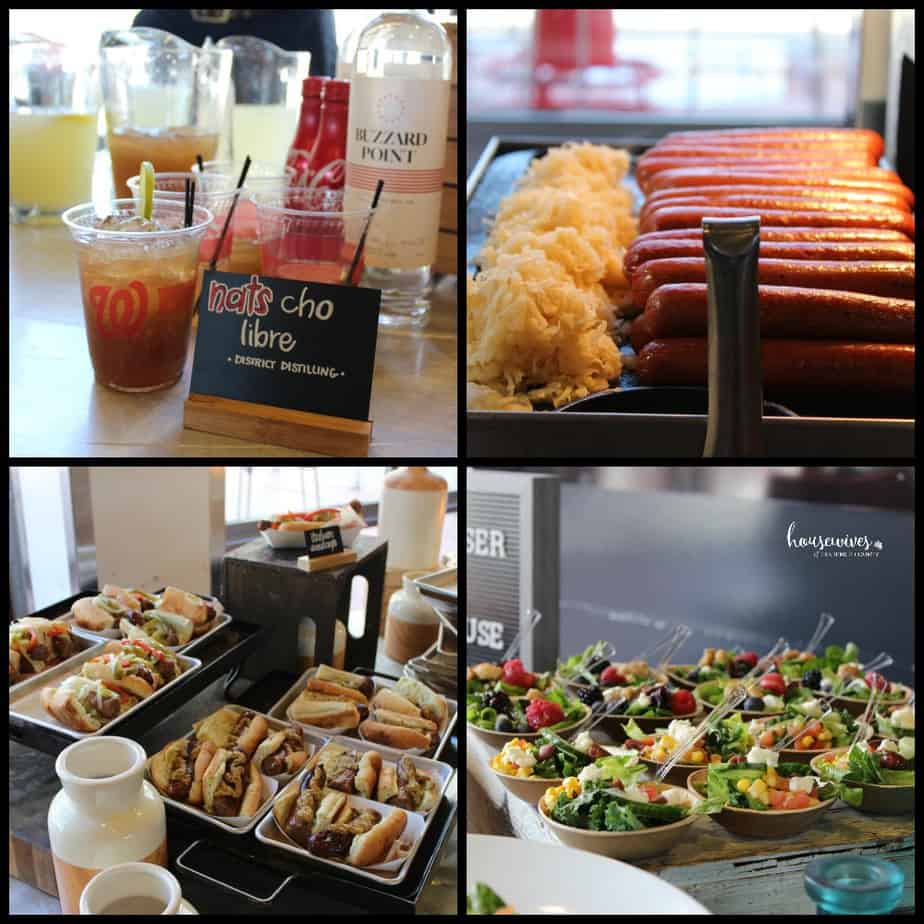 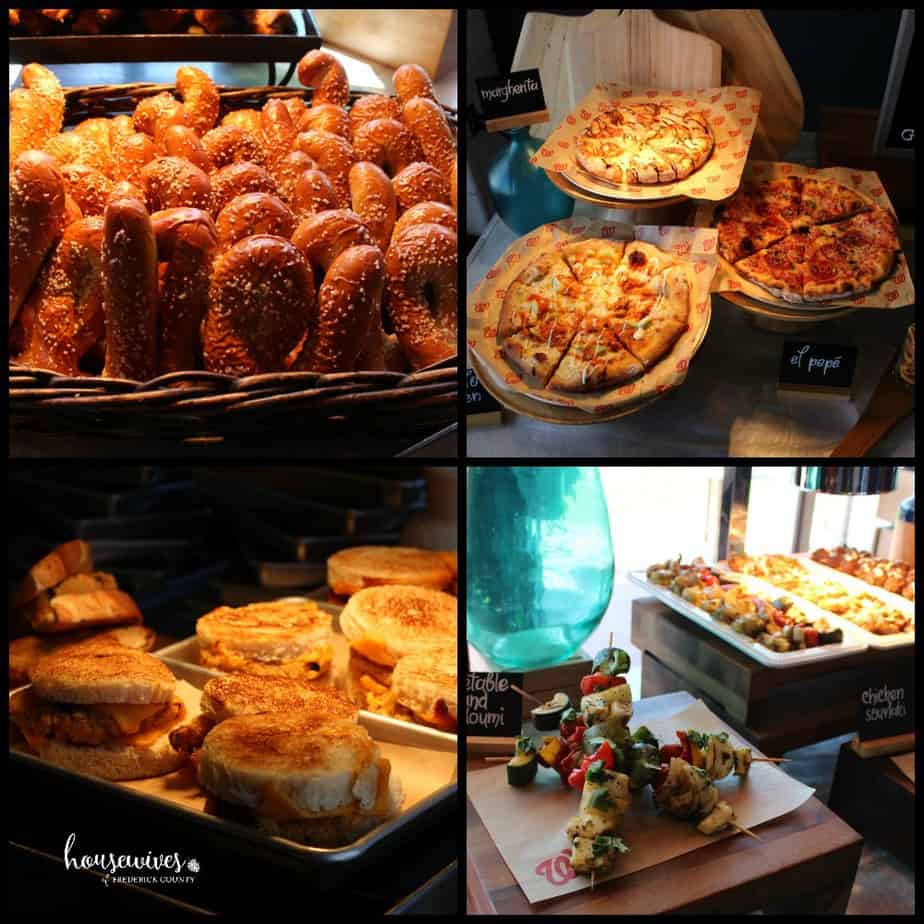 As you can see from the photos above, this ain’t your mama’s old ballpark fare!

You guys, they have totally raised the bar with the food & beverage offerings at Nationals Park!

Not only have they added new and expanded beverage stands and concession stands, but they’ve also added a bunch of new menu items!

Nats Cho Libre anyone? {See what they did there?}

I was able to try it and let me tell you, it is so good!!

District Coolers will serve adult style juice boxes (no, son, you can’t have a sip!).

And the food, oh my goodness the food! 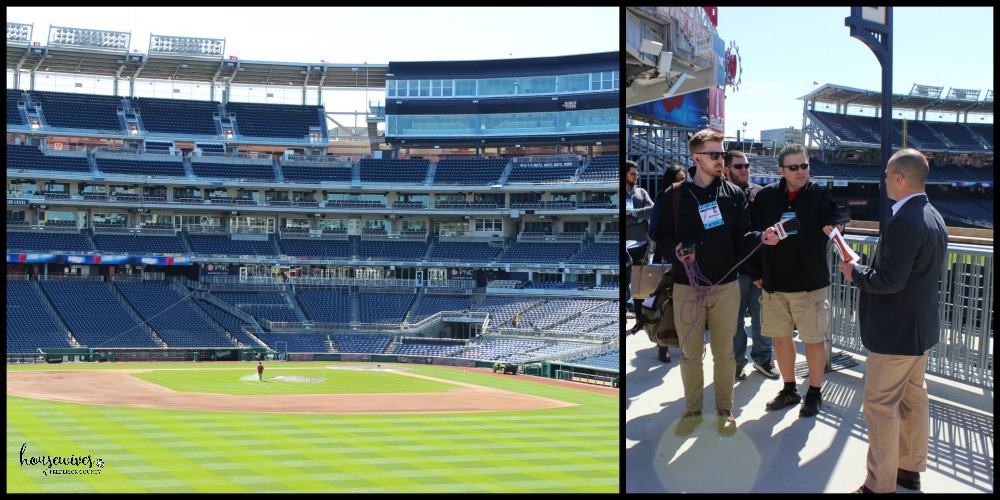 The Nationals Park playing field has upgraded their irrigation system, added a new growing medium for the turf, and added a new turf across the entire surface consisting of a new blend of Kentucky Bluegrass varieties.

I have to say, when we walked up to the field it was absolutely gorgeous. 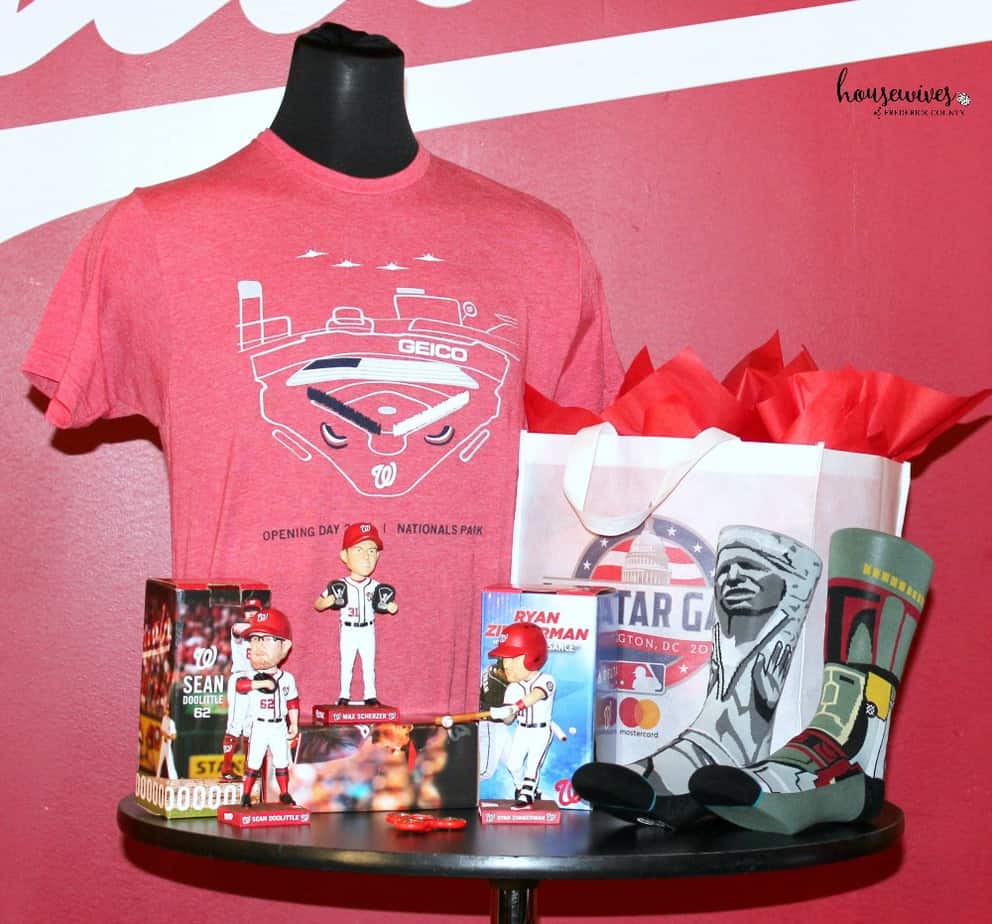 Nationals Park will offer a special giveaway for kids one Sunday every month.

Military Appreciation Day will offer complimentary tickets to military service members and their families for the April 12th game when the Nationals play the Colorado Rockies.

Take a look at the Washington Nationals promotions schedule to find out which nights these items will be given away. 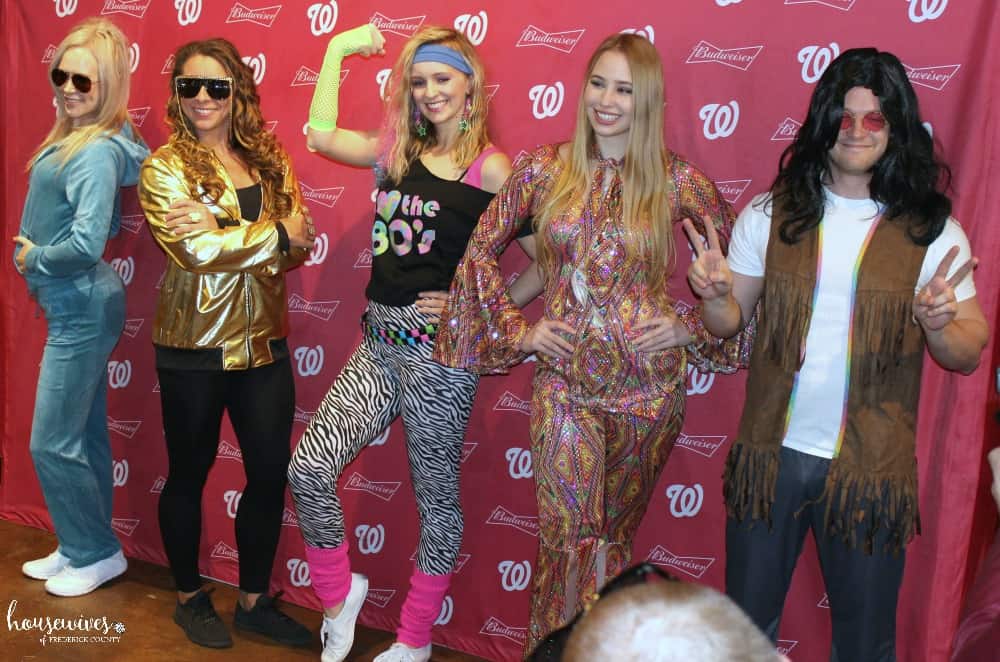 Theme nights at Nationals Park are super popular and so much fun!

This year their theme nights will include Star Wars Day, Game of Thrones Night, Oktoberfest, and Budweiser Decade Nights where live bands & DJ’s will play that era’s music and free t-shirts will be given out at the Budweiser Terrace Bar.

Check out the Nationals Park game schedule showing all of their promotional and theme nights. 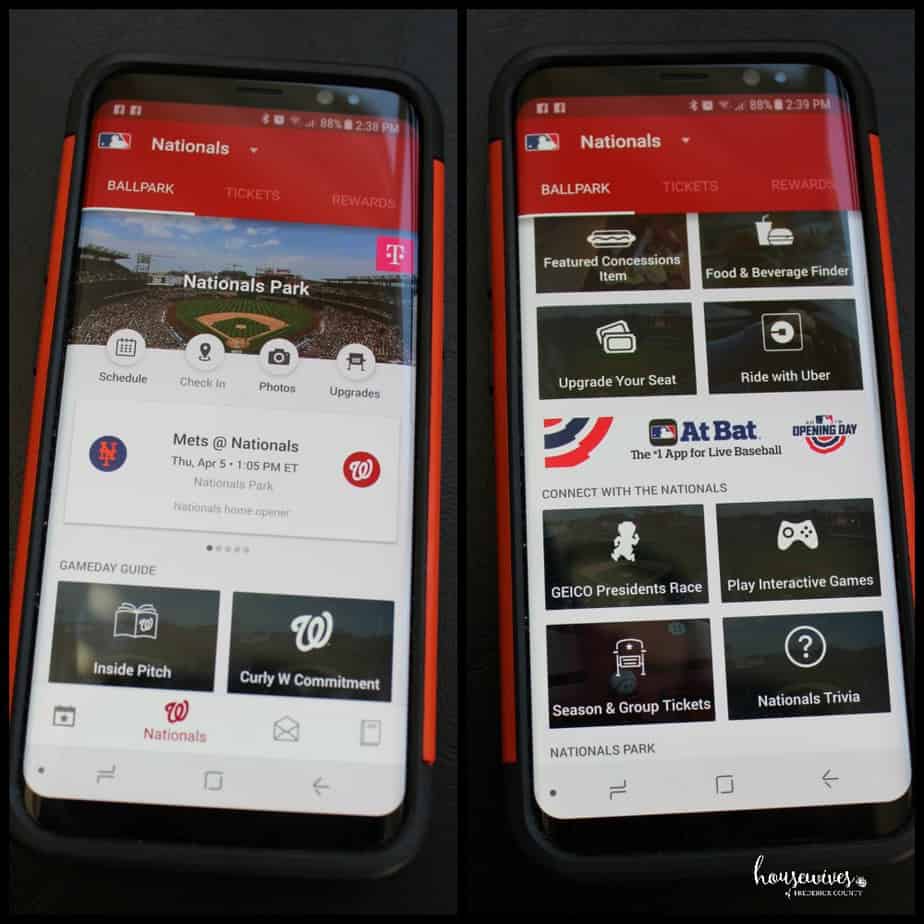 The Nats have added a bunch of exciting new features to the App over the offseason.

They’ve added new mobile games so that fans can compete against other fans in interactive games on the scoreboard.

Using the App, fans can also take advantage of a seamless ticket experience such as streamlined ticket purchasing, ticket sharing with friends or co-workers, and mobile entry into Nationals Park.

Fans can also upgrade their seats using the App!

In addition, you’ll be given exclusive check-in offers as well as discounts on your tickets, merchandise, or concessions when using the App.

Another, more environmentally friendly feature of the App will be the new digital edition of Inside Pitch.

The Nats will no longer be offering Inside Pitch (their game-day program) in paper form.

To access the App, go to ‘Ballpark’ on your app store.

Other new and exciting Nationals Park changes include their Curly W Commitment, the Nationals Dream Foundation, and their Community Calendar.

I don’t know about you, but I cannot wait to go to Nationals Park and experience a game!