Once you make this delicious Baba Ganoush recipe, you’ll wonder why on earth you’ve never made it before. 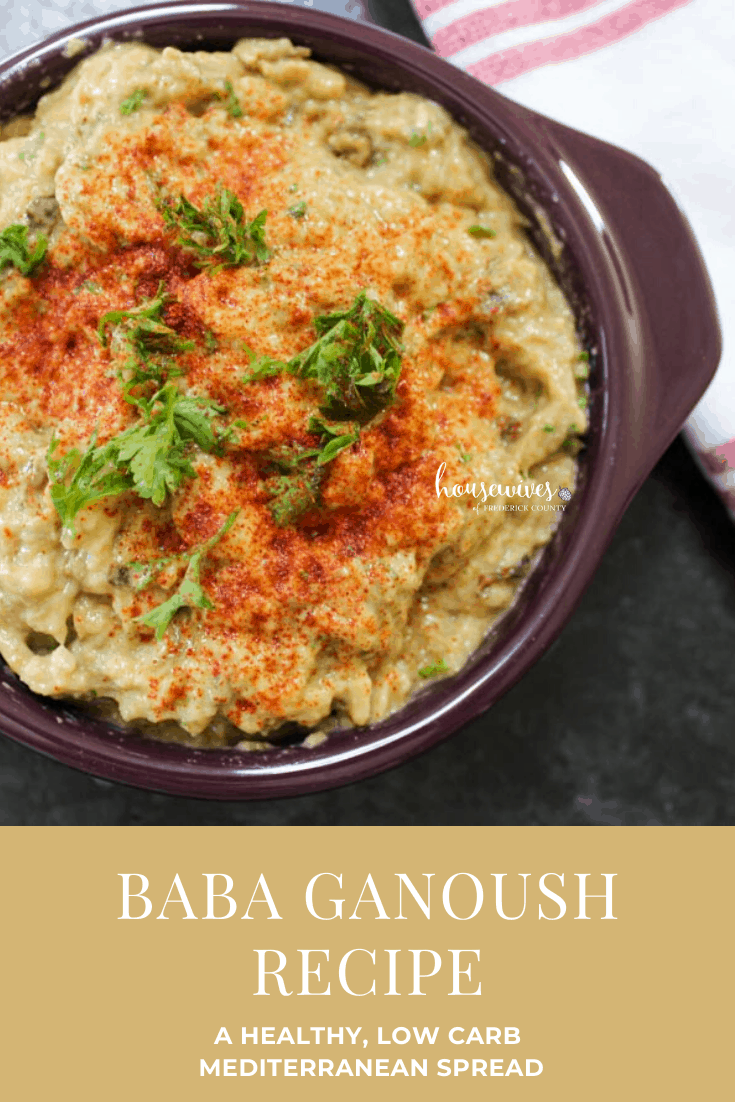 I’ve been on a very low carb, no starch diet for the last 7 months.

For those people who say they’ve gotten used to it, well I’m just really happy for them.

As for me, I guess I could say that I’ve gotten more used to it, but I don’t think I’ll ever stop missing carbs and starches.

I miss them! I really do!

But, there are so many things I don’t miss since I began this no-starch journey:

I could go on and on with this list, but this isn’t about the benefits of eating low carb.

What is Baba Ganoush?

So, what is Baba Ganoush?

It can be eaten as a spread on a sandwich or as an appetizer dish for dipping pita bread or raw veggies.

In my case, I dipped baby carrots, which is actually really tasty.

Baba Ganoush is very similar to hummus except that hummus has more of a nutty bean taste.

Whereas, Baba Ganoush has a smokier taste due to roasting the eggplant.

Plus, chickpeas have carbs and eggplant does not.

How To Make Baba Ganoush

So, now that you know what Baba Ganoush is, I’m going to show you how to make it.

You know how there are some recipes you can make where most grocery stores will carry the ingredients?

Well, that’s not necessarily the case with this recipe.

Therefore, I immediately decided to go to the grocery store where I knew they’d carry fresh eggplant and tahini: Wegmans. 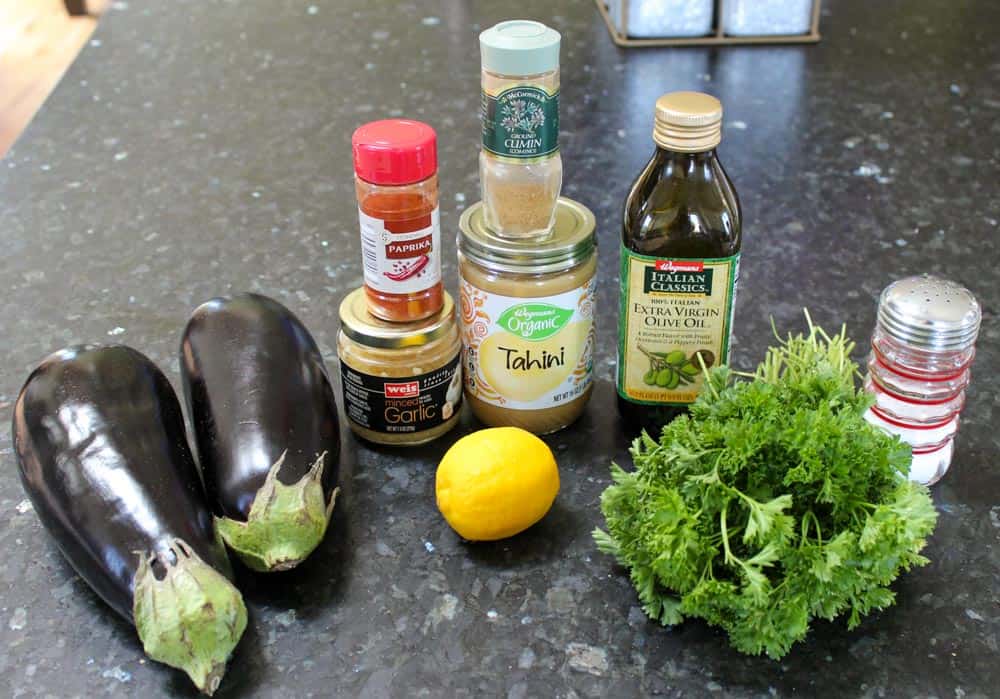 Step 1: Prepare your eggplant & roast in the oven

First, cut your eggplant in half, lengthwise.

Feel free to cut off the stem on the end because that part is too tough, even after cooking.

Lightly brush each flesh-side half of the eggplant with olive oil.

I use my basting brush all the time, so it’s good to have one in your kitchen!

Then, place the halves, cut side down on a baking sheet lined with parchment paper.

The parchment paper will keep the skin from sticking to the baking sheet which will make for a much easier clean-up.

Now place your baking sheet on the upper rack in your oven and bake at 450 degrees fahrenheit.

Bake for 35 to 40 minutes or until the flesh is very tender and the skin is wrinkly looking. 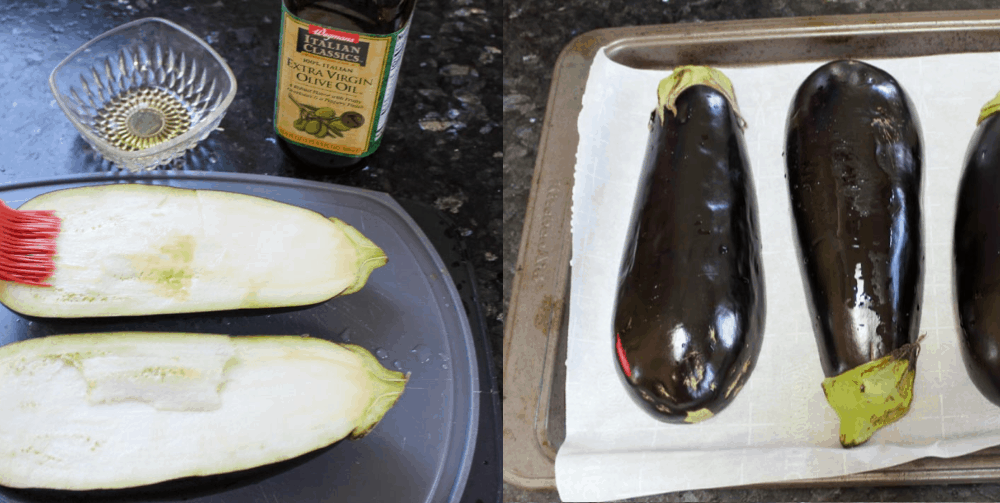 Step 2: Remove eggplant from oven, cool, and scoop out

Take the eggplant out of the oven and allow it to cool for approximately 5 minutes.

Then, flip the eggplant over and use a large spoon to scoop out the flesh of the eggplant.

Pro tip: I used a sharp knife and cut around the entire edge of the flesh. It was a lot easier to scoop the flesh out with the spoon.

Step 3: Put eggplant into a strainer over a large bowl to drain liquids

Discard the skins and place the flesh of the eggplant into a strainer that has been placed over a large bowl.

Keep the strainer over the bowl for about 5 minutes while pressing the eggplant with a large fork.

This will get rid of any extra juices, which will keep your Baba Ganoush from getting too runny.

Once the eggplant is no longer dripping through the strainer into the large bowl, empty the liquid out of the bowl.

Then quickly rinse it out and dry it with a paper towel.

After that, transfer the eggplant from the strainer to the large bowl.

Use the large fork to mix and break up the eggplant.

I also used a knife to cut the long pieces up.

Now it’s time to mix in your other ingredients.

As you add each ingredient, mix well with the large fork to thoroughly combine the ingredients. 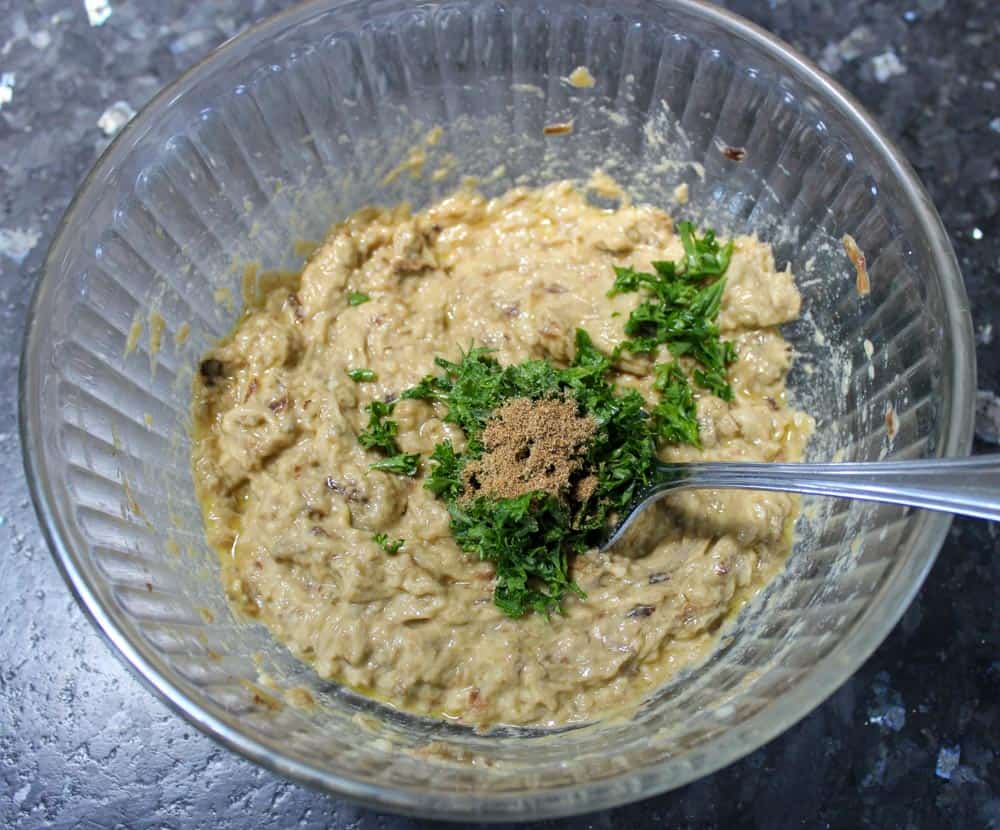 Step 5: Transfer Baba Ganoush to a Serving Dish and Serve

And now, my friends, you have Baba Ganoush.

At this point, you can transfer it to a serving dish and dig in, OR you can blend it in a NutriBullet (Amazon) to get it creamy first.

I chose to just dig in.

However, if you prefer more of a creamy, hummus-like texture, go ahead and blend ‘er up. 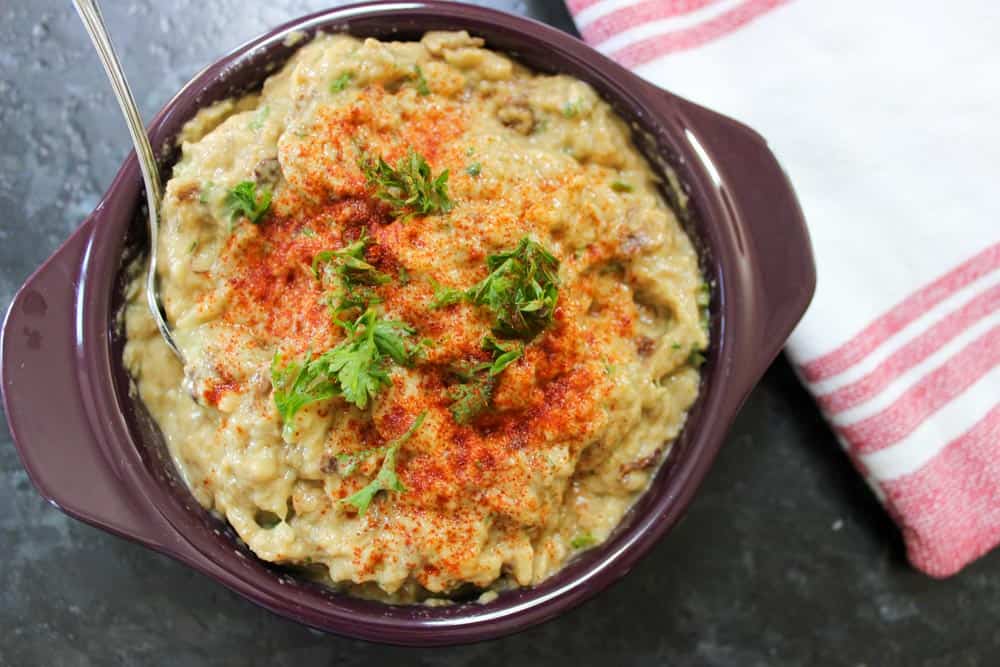 Like I said earlier, I ate mine with baby carrots.

I got the fancy colorful carrots.

However, toasted pita wedges would be delightful as well. 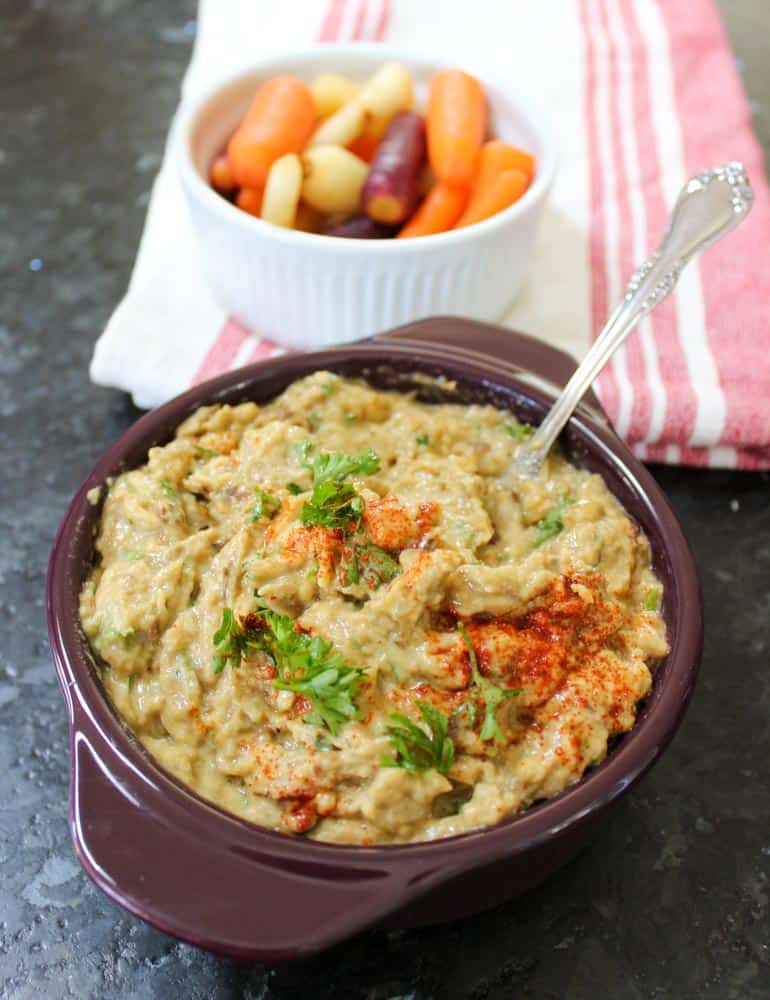 Here is the recipe for you to print out: 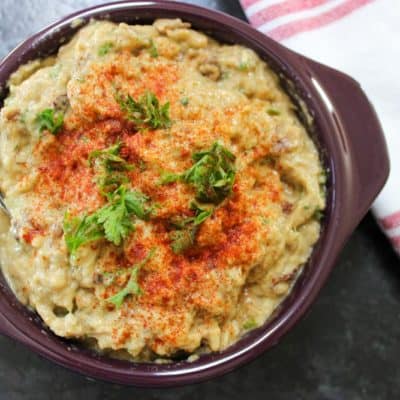