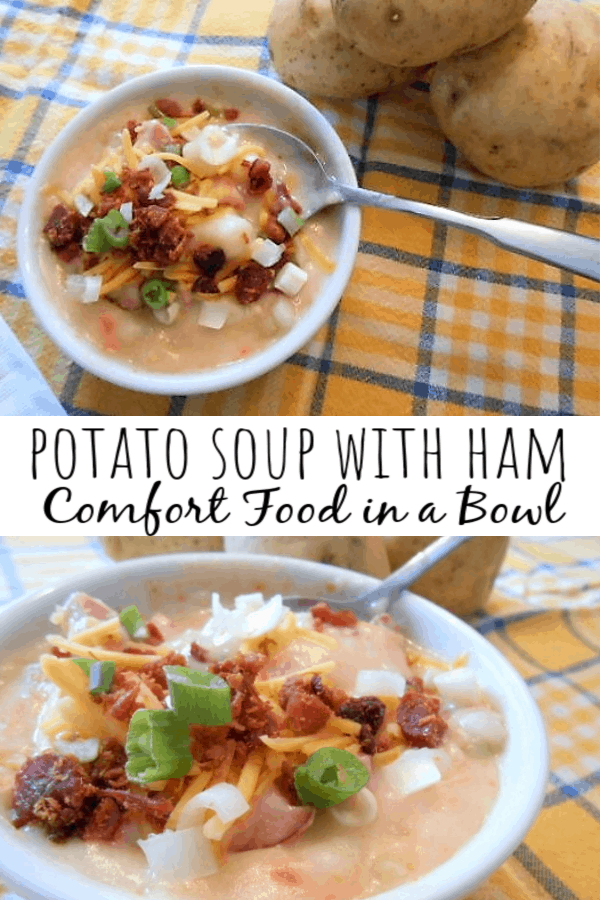 This Ham and Potato Soup recipe is undeniably the best potato soup recipe you will find!

With it’s creaminess, tender chunky potatoes, soft bites of ham, and garnishes of bacon, spring onions, & shredded cheese, this recipe is heaven in a bowl!

Ham and Potato Soup: Comfort Food in a Bowl

You know, those times when you’re:

In other words, this soup recipe is perfect for when you feel the need to be comforted.

So last week my husband must have needed some comfort food.

In passing, he told me he’d love some ham and potato soup to appear on our stove top.

A lot of times he drops these little hints, knowing that I will most likely run out to the grocery store to get whatever is needed to make the recipe.

Other times I just tell him if he wants it, make it himself.

But I truly am a caring wife and I enjoy doing special things for him.

In addition, for him, food equals love.

Therefore, I like to show him how much I appreciate and love him. 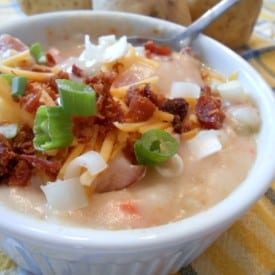 How Do You Thicken Ham and Potato Soup?

First, in order to thicken the soup, I melted butter in a saucepan and then whisked in flour with a fork, stirring constantly until thick, for about 1 minute.

Second, I added the milk slowly while stirring to prevent lumps from forming.

Third, just continue to stir over medium-low heat until the mixture thickens.

This takes about 4 to 5 minutes.

After this, you can add the mixture to the soup and it will thicken it as it heats through.

How Good is This Ham and Potato Soup?

My husband absolutely loved it and so did I!

With the chopped spring onions, shredded cheddar cheese and crumbled bacon on top, it tasted like a nice warm, hearty bowl of a loaded baked potato.

As you can see from my pictures, the soup is in a small bowl.

Well, that’s because the rest of the soup was eaten before I had a chance to take my pictures! 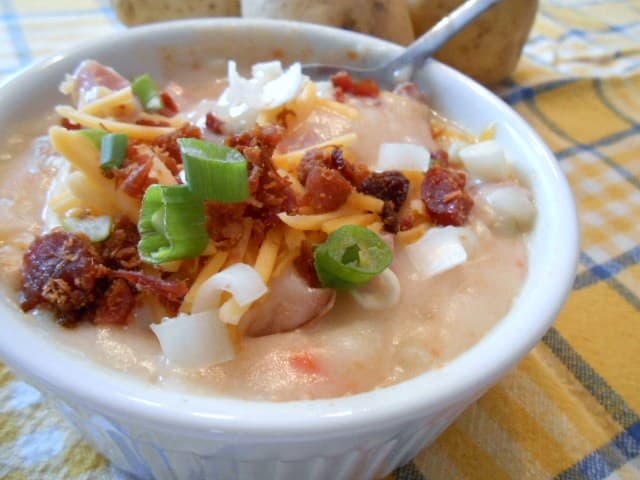 The beauty of this recipe is that I actually had most of the ingredients at home.

I only needed to pick up a few more items to make the recipe.

It was also very easy considering I bought thick ham slices from the deli and just had to cut them into bite size pieces.

I also bought a package of crumbled bacon instead of making the bacon myself.

Therefore, I was able to whip up this recipe in no time! 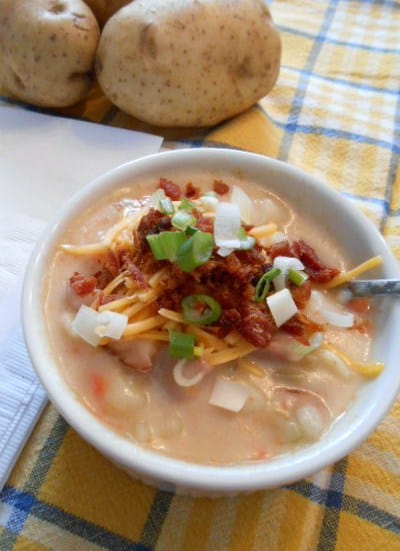 This is the perfect meal for a let’s-stay-home, warm, comfy-cozy kind of day!

What You’ll Need To Thoroughly Enjoy This Recipe

Lastly, here are some links to make sure you’re fully supplied with everything you need in the kitchen to make this recipe:

Lastly, for more delicious soup recipes, click on over to:

Traditional Gazpacho Recipe with a Kick 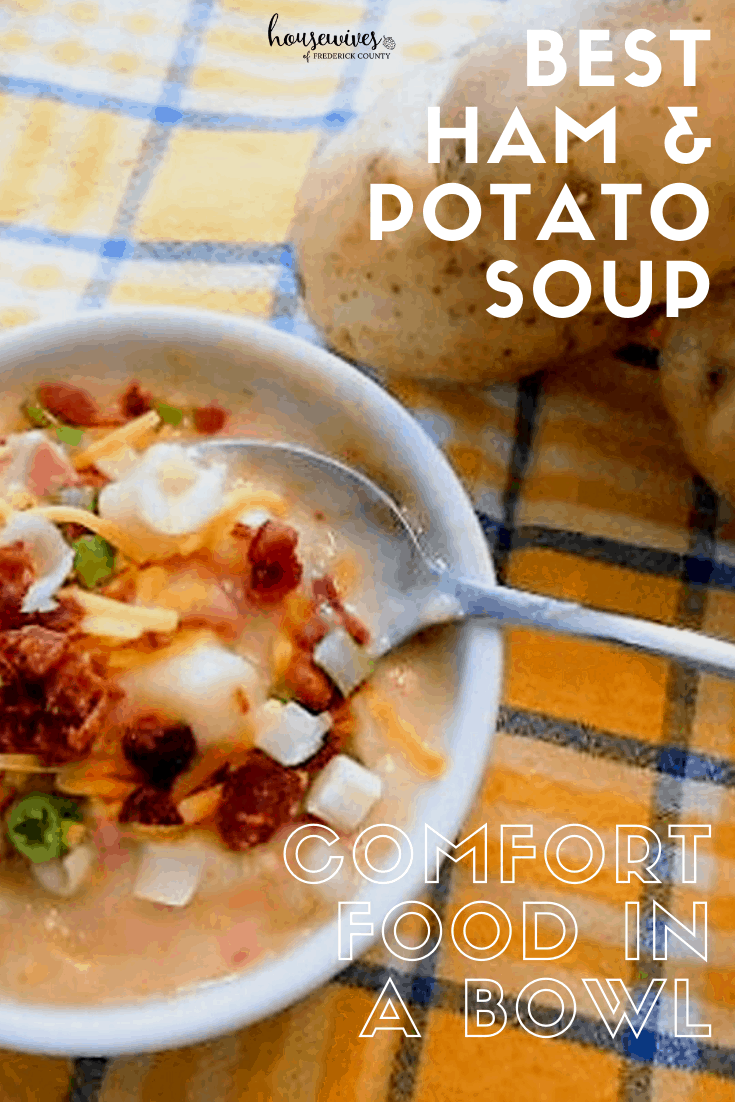 5 thoughts on “Best Ham and Potato Soup: Your Comfort Food in a Bowl”