Disclosure: This post may contain affiliate shopping links to help support our blog and for your convenience. Using these links creates no additional cost to you and helps us continue delivering inspiring content. As an Amazon Associate I earn from qualifying purchases. View our disclosure policy here.
Tweet
Pin117
Share50
167 Shares 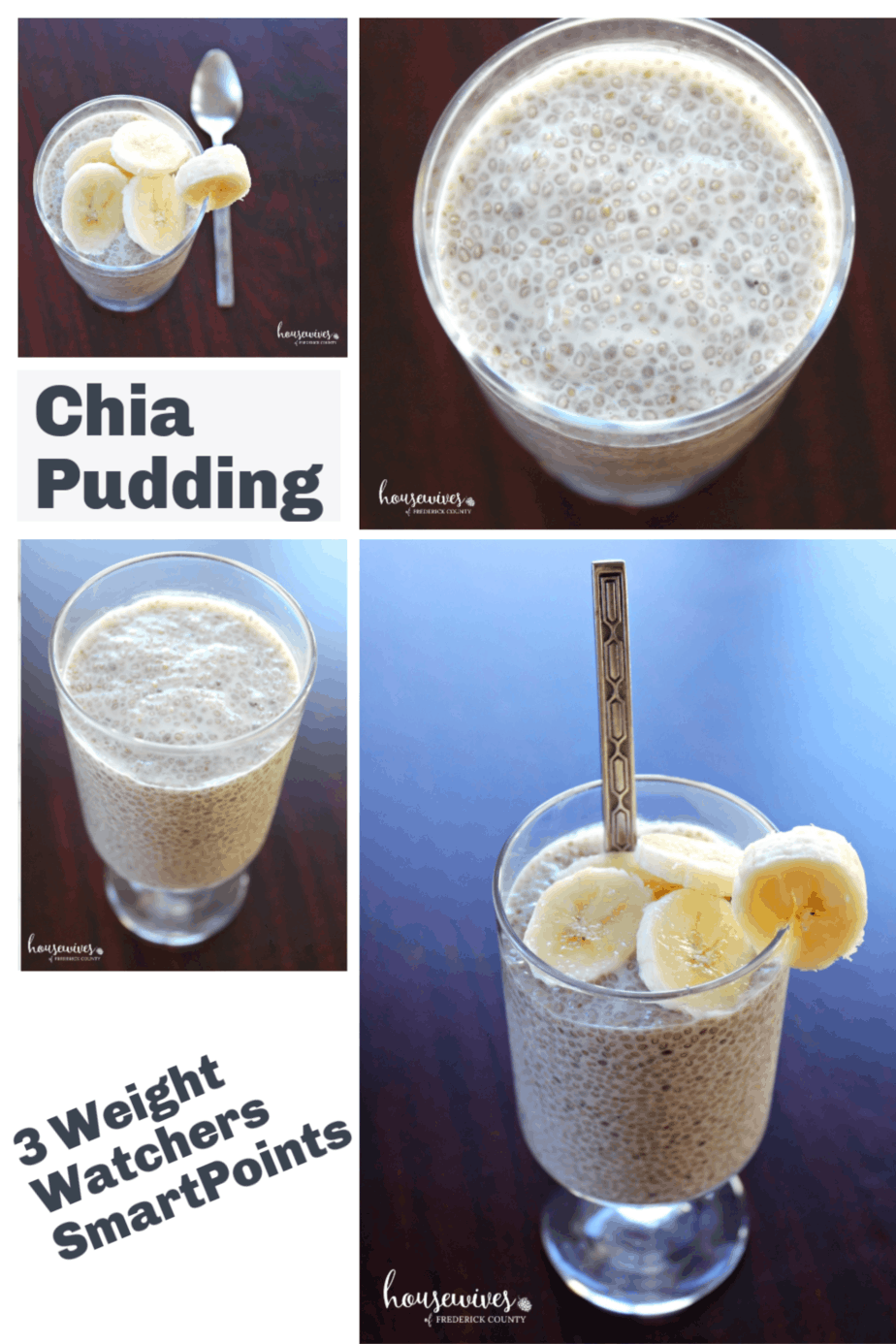 This Weight Watchers friendly Chia Pudding recipe will make you so happy because it’s tastes so good, it’s super good for you, and it’s ridiculously easy to make!

Because this recipe is so high in fiber, it’s very filling, so the recipe can be split into 2 servings.

This makes each serving only 3 Weight Watchers SmartPoints. 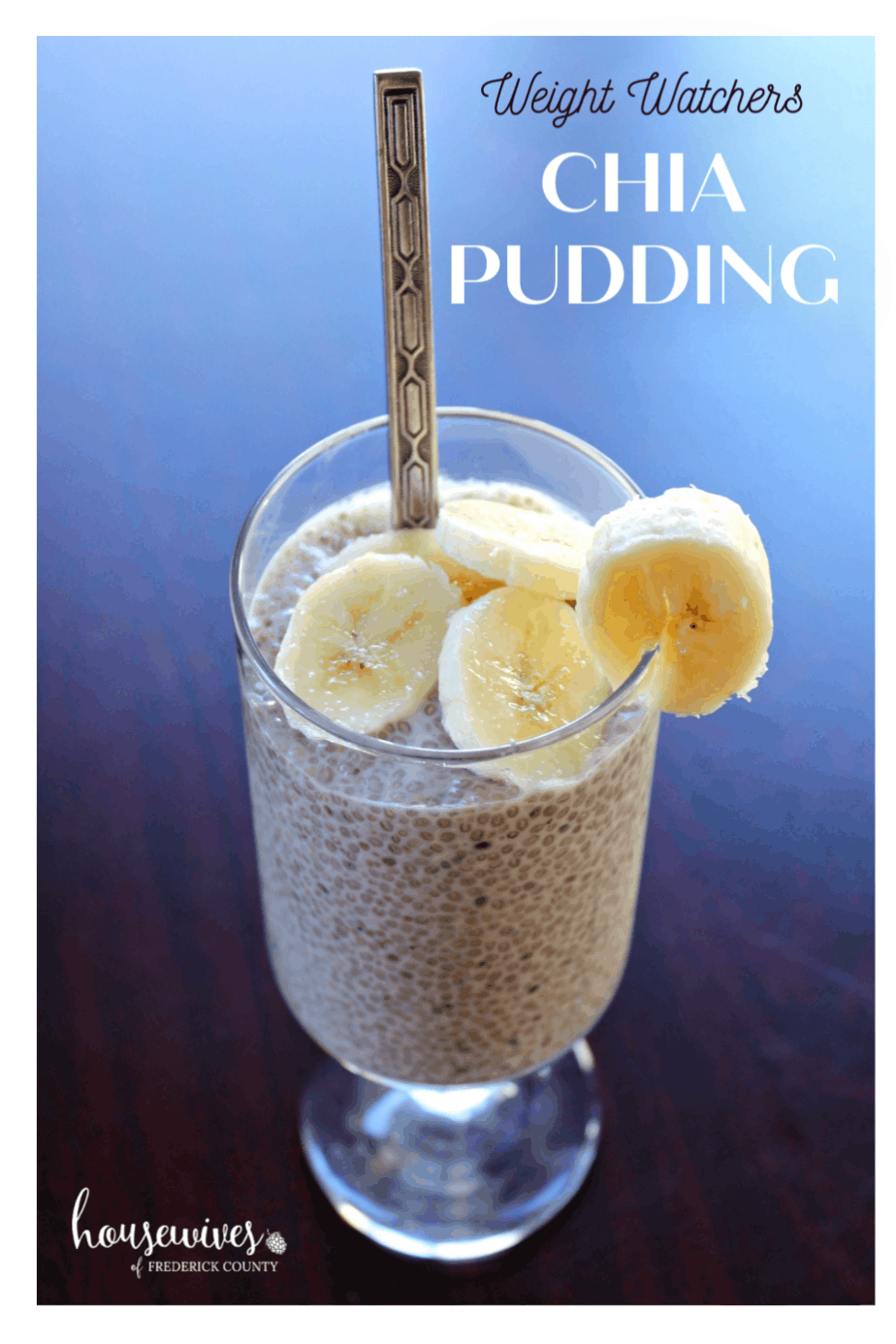 I just love me some pudding!

I usually like to make the Pistachio Jello Instant Pudding & Pie Filling and add whipped cream on top.

It’s such a nice treat at the end of the day, but probably not the most healthy or filling.

I’ve been looking for a pudding that has more mmmph to it health-wise and filling-wise.

In a recent issue of one of the magazines I was flipping through, I found a page of ‘Power Breakfasts’ that include:

So, I decided to try out the Chia Pudding first. 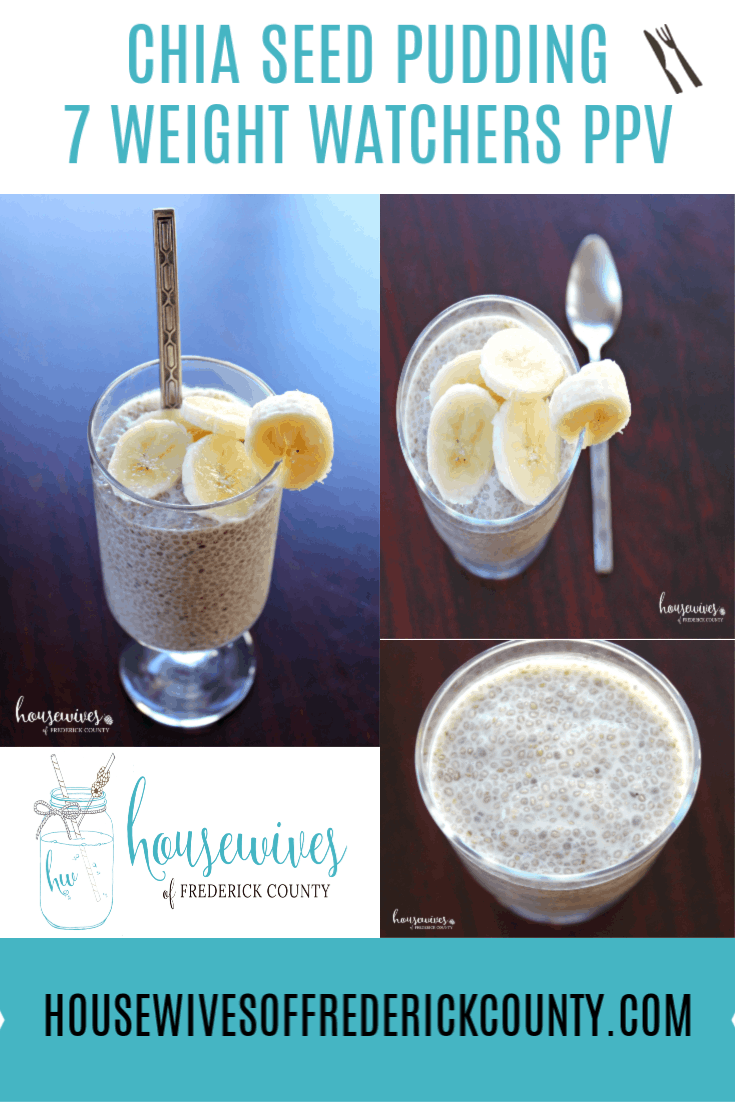 I was a little bit apprehensive when I saw the picture and the recipe.

But I was enthralled too and have seen the buzz about chia seeds and chia pudding a lot lately. 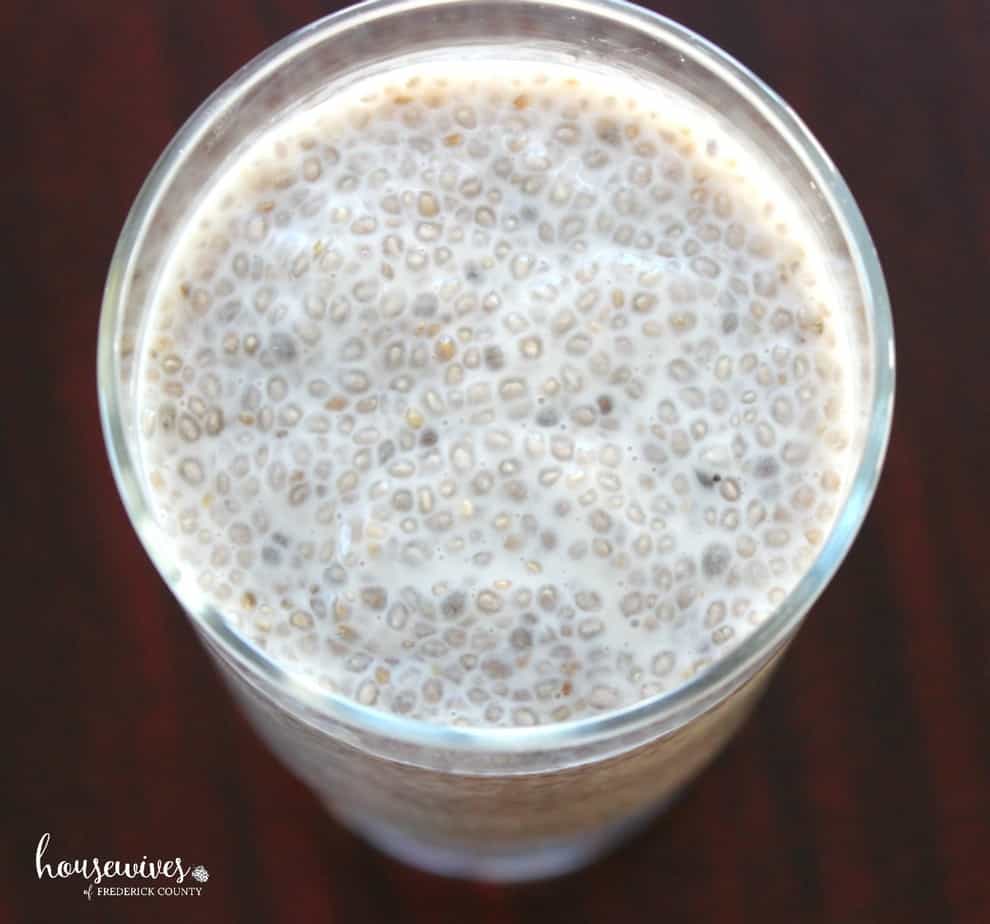 It resembles tapioca or rice pudding, which I really like, so I figured I’d like this recipe!

The great advantage of chia seeds over tapioca and rice puddings (both starches) is that chia seeds offer a powerful punch of:

Antioxidants from chia seeds are higher than any other whole food, even blueberries.

Here’s a great book on Chia with information on why it’s such a great super food, along with recipes. 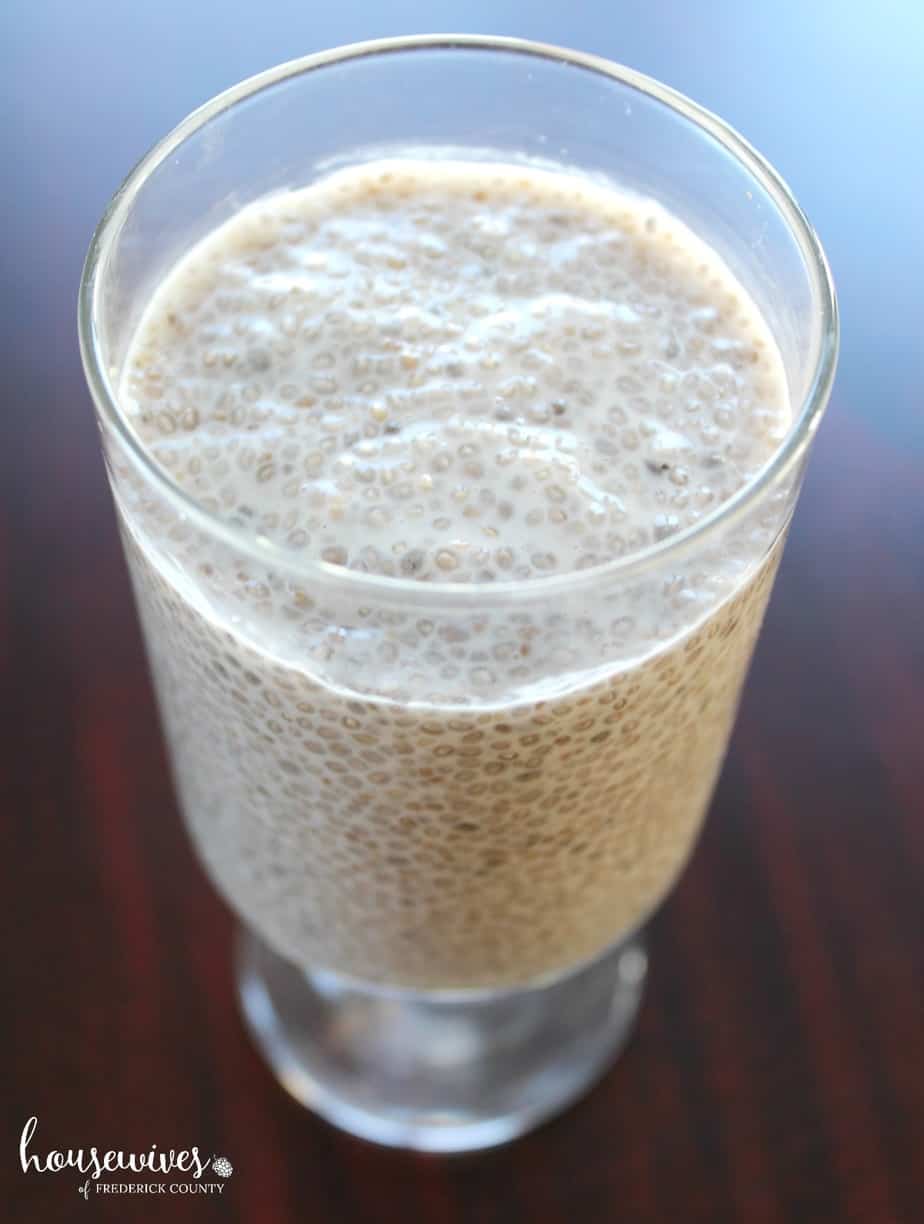 This Weight Watchers recipe is ridiculously easy to make.

I did have to add more chia seeds to thicken up the pudding though.

Chia seeds absorb 10 times their weight in liquid and convert it into a pudding type consistency.

This is why it’s very popular these days!

The below Amazon link has a nice little 4 piece set of serving bowls which are perfect for this recipe.

The recipe suggests you eat this pudding for breakfast, but I’d be just as happy eating it in the evening after dinner as a dessert. 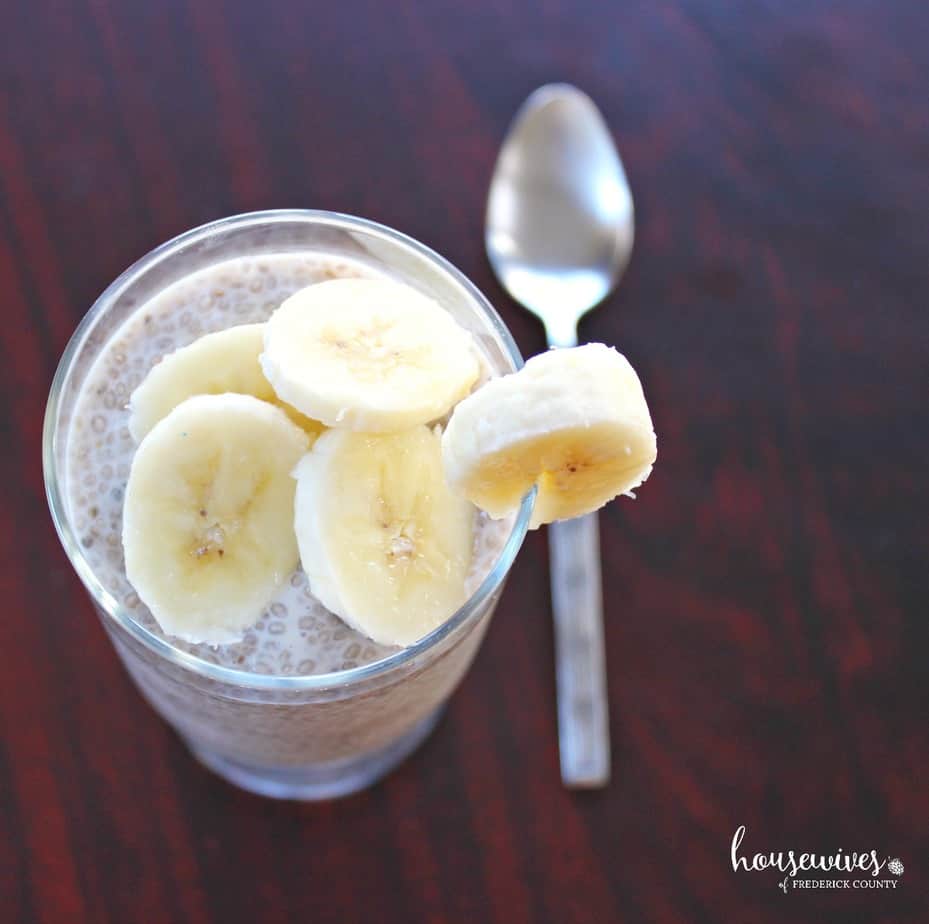 After my pudding was at the desired thickness, I added some sliced bananas on top and tried it out.

Why I Love It

It was so refreshing knowing that I was indulging in something really healthy for me.

I liked the little crunch from the seeds and the taste of the almond milk with vanilla and honey was just right.

In addition, there are so many topping possibilities for chia pudding:

I’m so excited about my new chia seed discovery that I’m looking for other ways to eat it.

This morning I topped my yogurt with chia seeds.

Chia Pudding Is High In Fiber

Keep in mind, each serving has 10 grams of fiber.

It WILL make you regular, which is a good thing. Just be prepared for it. Wait for it…… 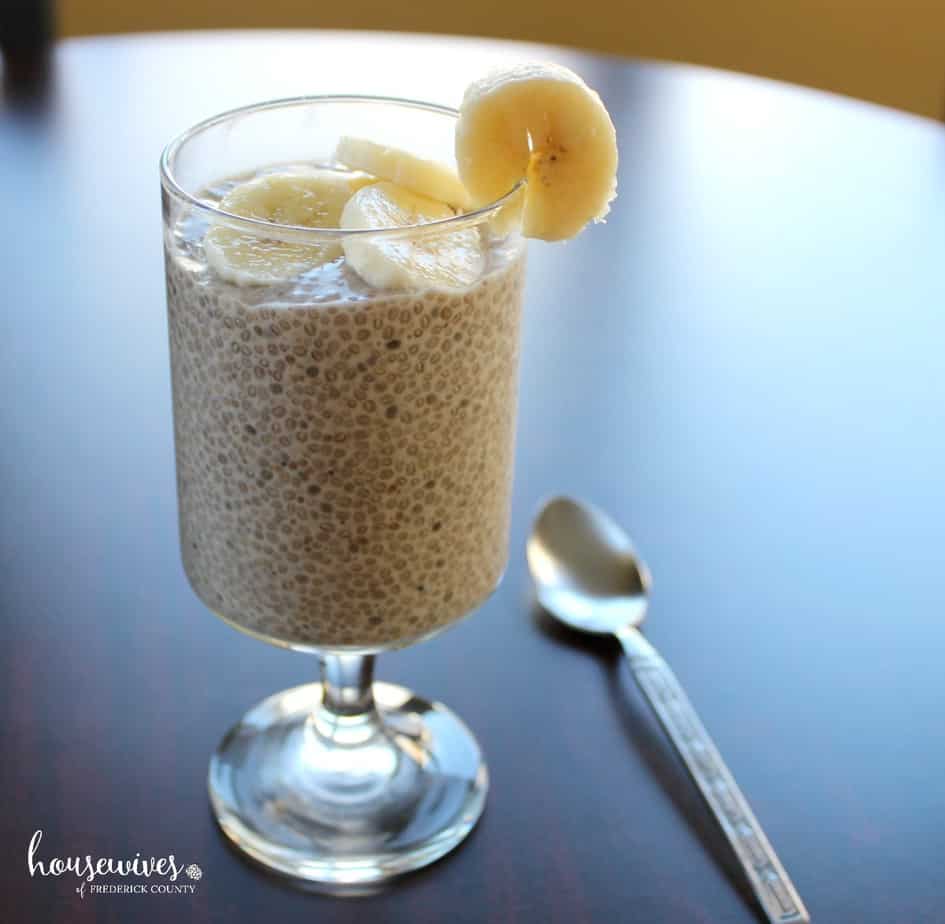 Here is a printable version of the Chia Pudding Recipe: 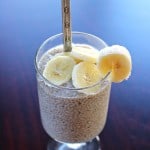 I purchased my white chia seeds from Wegmans.

Surprisingly they were hard to find. The dark chia seeds are much easier to find.

If you can’t find white chia seeds in your local supermarket, you can buy them here from Amazon.

Have you ever had chia seeds before?

And I don’t mean the old way of using them by spreading them onto a clay pot to make a chia pet!

Let us know in the comments how you prefer to eat them. 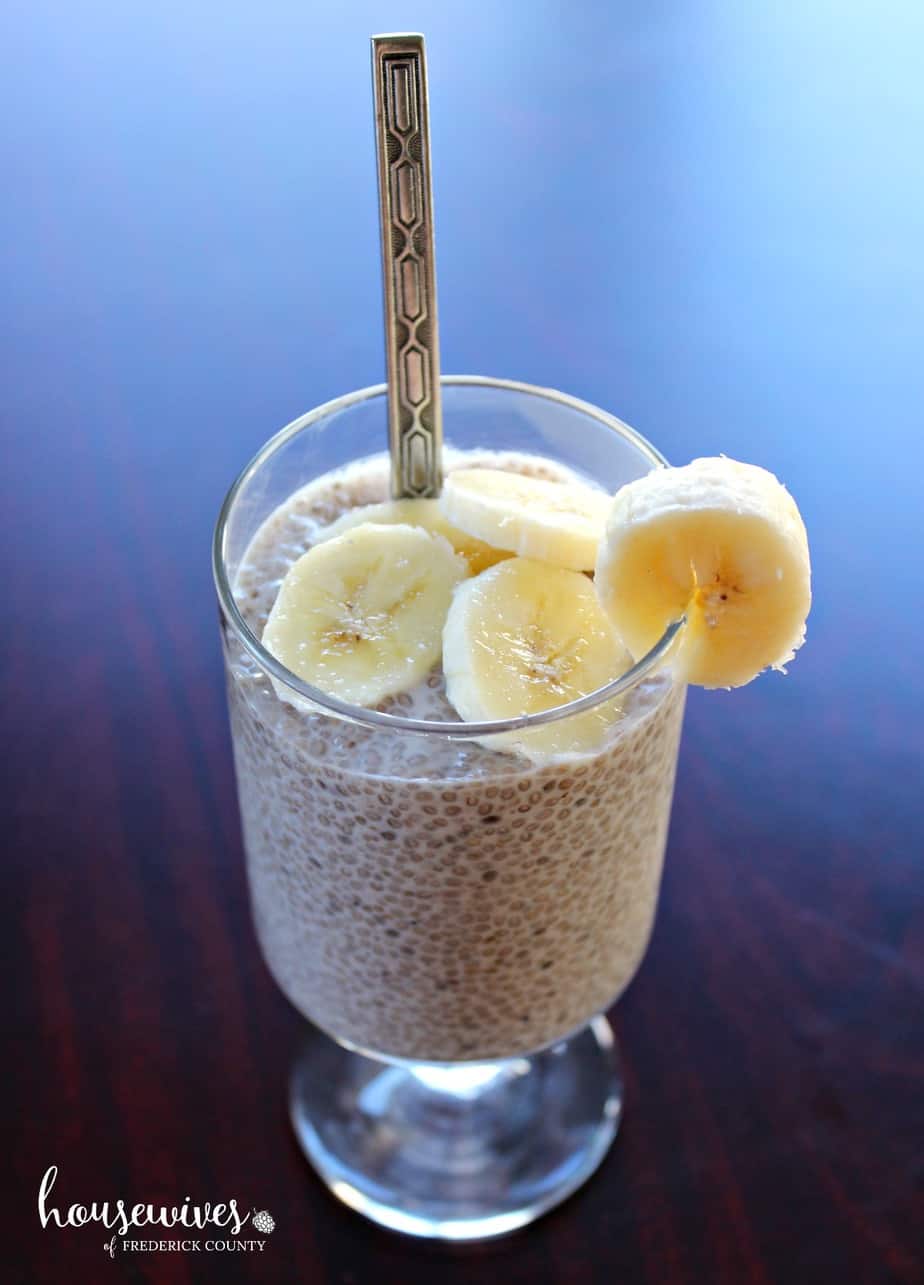 For more delicious Weight Watchers treats, click on over to: