As you may already know, Frederick County is home to some great wineries and breweries.

Well, now, you can add distilleries to that list.

Mark Lambert is the founder and owner of Dragon Distillery. 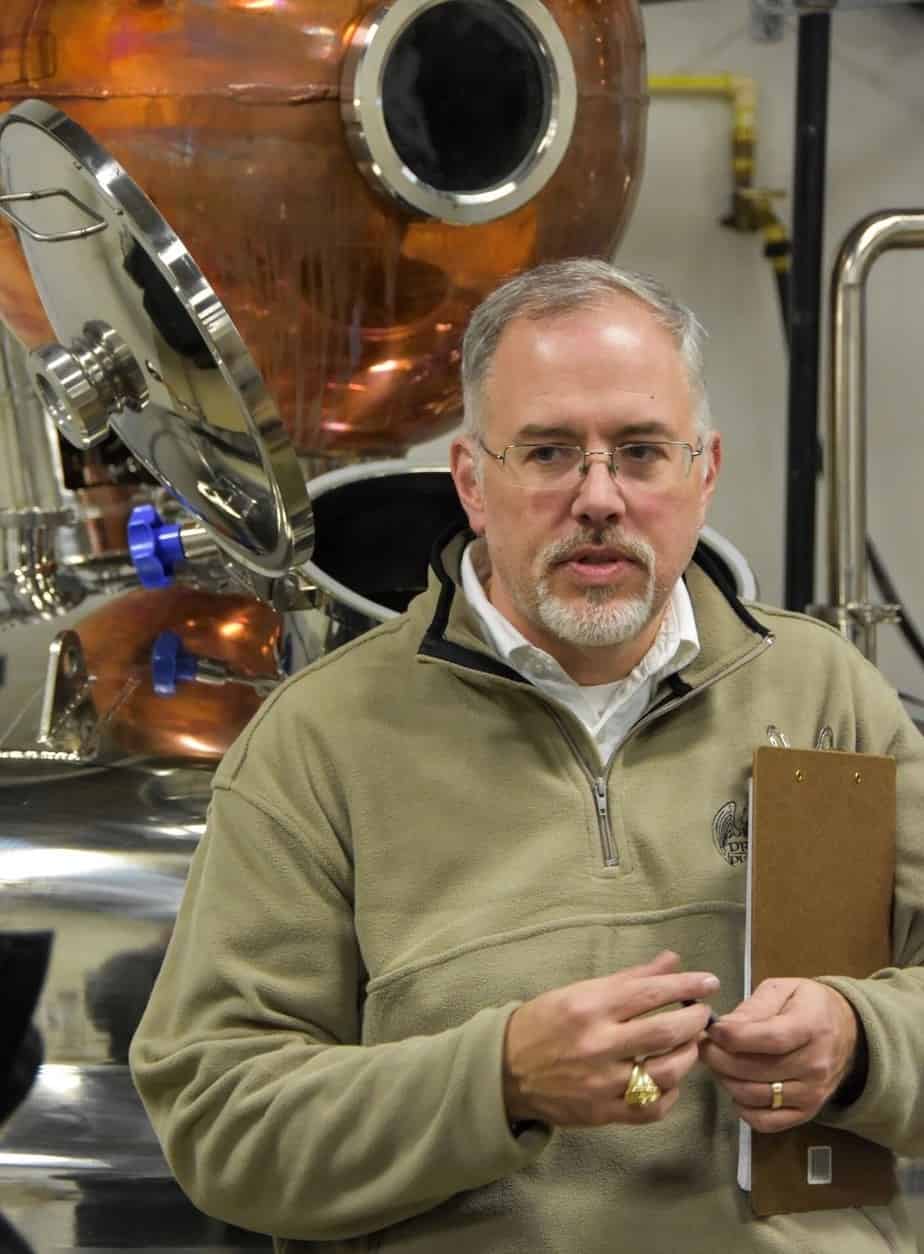 He was generous enough to invite my husband, Dan, and I to visit before they opened, so we could chat one-on-one about the distillery.

In addition, he released a bourbon-barrel aged rum, as well as a black-cherry almond vodka, Chainmail Cherry.

Here’s just a small list of their current spirit offerings:

For a full list of their Whiskeys, Vodkas, Gins, Rums, and canned cocktails go to their spirits page. 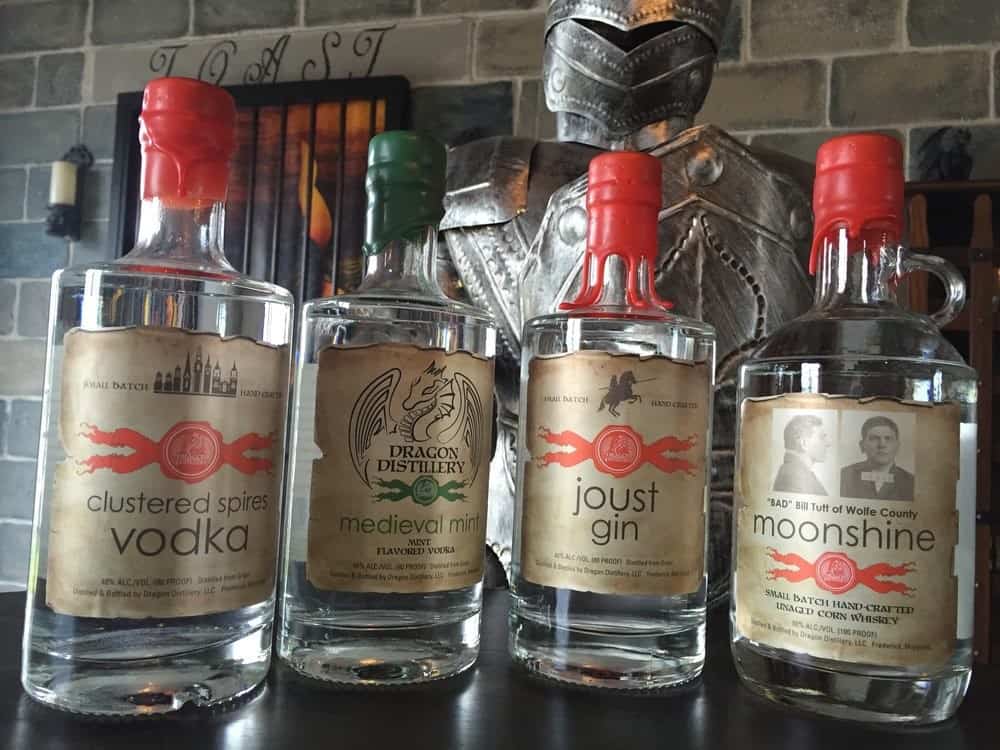 Collaborations in the Works

Mark has collaborated with the guys over at Olde Mother Brewing Co, where they created “Botanicus,” a beer made with the botanicals that Mark makes his gin with.

Future collaborations with other local brewers are in the works, but I have to keep that a secret for now.

Dragon Distillery is in a Great Location

Dragon Distillery is located right across from the Frederick Airport, facing the runway.

As we sat and chatted with Mark, we were able to watch a few planes take off.

Not a bad view at all!

You could also grab lunch before or after your visit at the Airways Inn (one of Frederick’s hidden gems, known for great breakfast and great seafood).

On the weekends, tours are offered every half hour for $7.50 per person, where Mark will provide you with all the science behind the making of his spirits.

Included with the tour are 3 tastings and a souvenir shot glass. 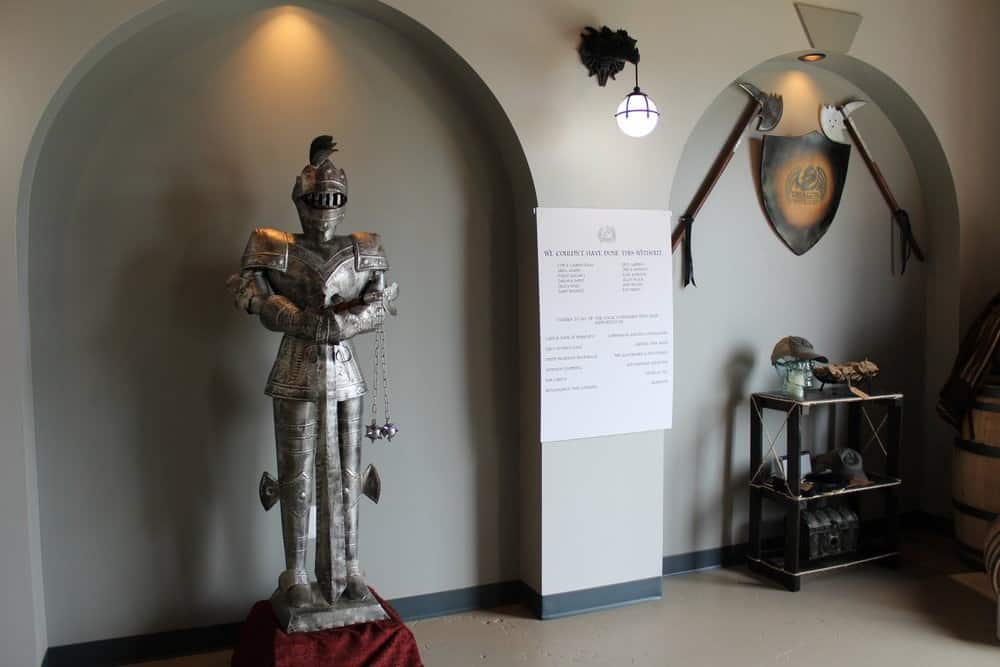 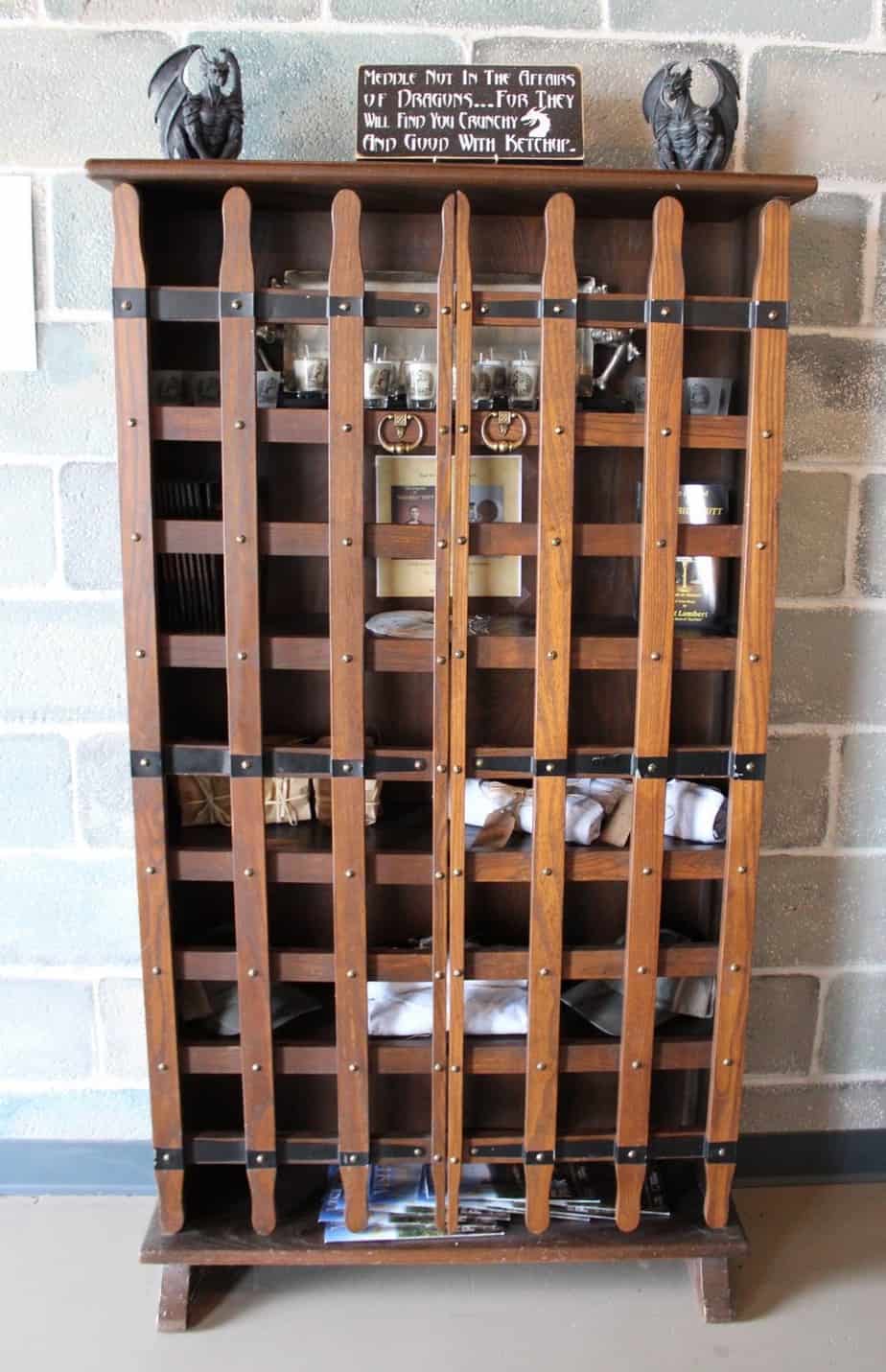 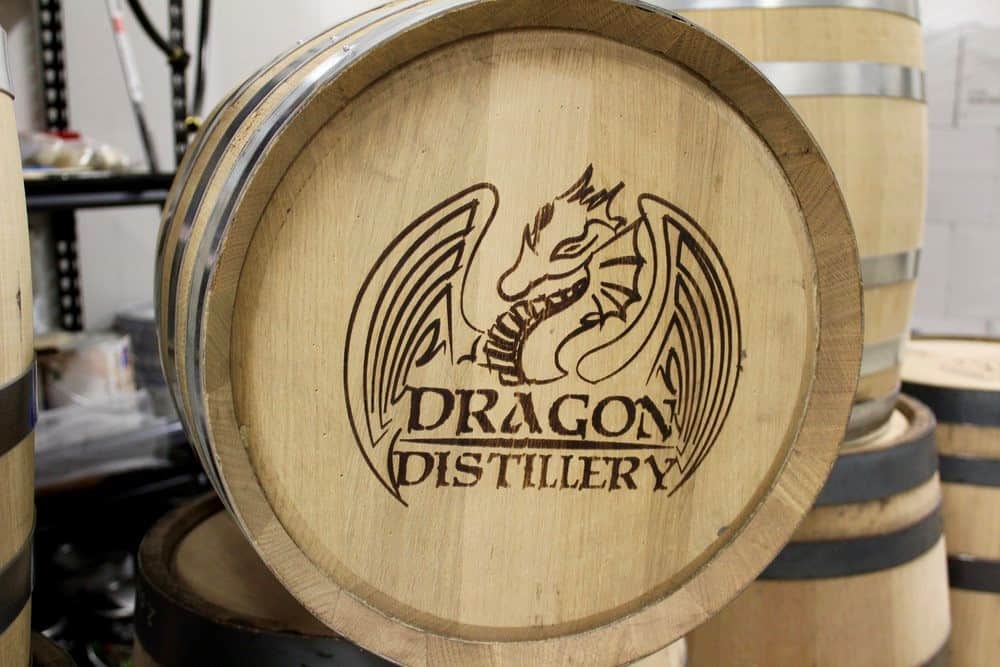 It is obvious that Mark has a true passion for his business and enjoys sharing it with others.

When you visit, make sure you ask him why he decided to go with the medieval theme for the distillery.

When you learn his answer, you will see Mark made sure his business truly represents him, which I love!

We had a great experience and you can definitely expect a lot of great things in the future from Dragon Distillery.

For more posts on Frederick, Md & Washington DC distilleries, click on over to:

This is a guest post written by Jen Gentzler at Love and Wine Blog. Jen lives in Frederick and recently started a blog, Love and Wine Blog, reviewing local wineries, breweries, & events in Maryland and Virginia.  The point of her blog posts are to provide “stats” about each place so that anyone can plan a visit: whether a place is kid friendly, dog friendly, etc.  She’ll also be expanding her blog by sharing drink recipes, DIY projects for corks and caps, and more, so stay tuned! 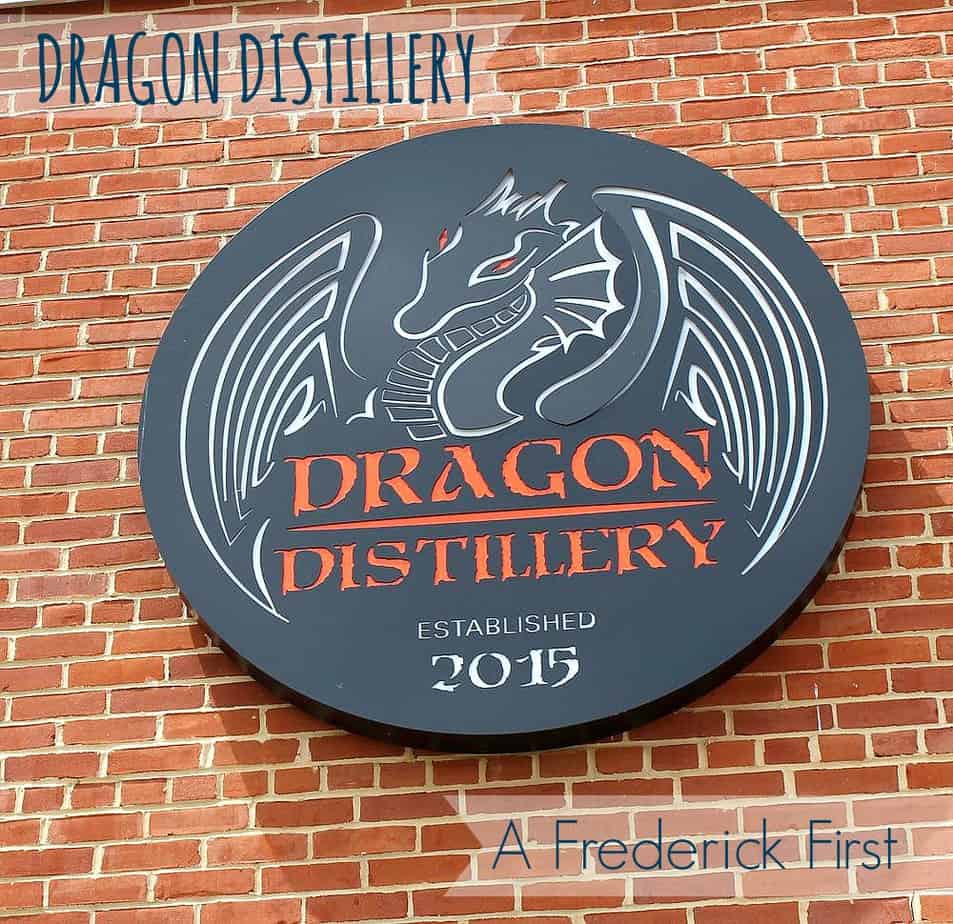