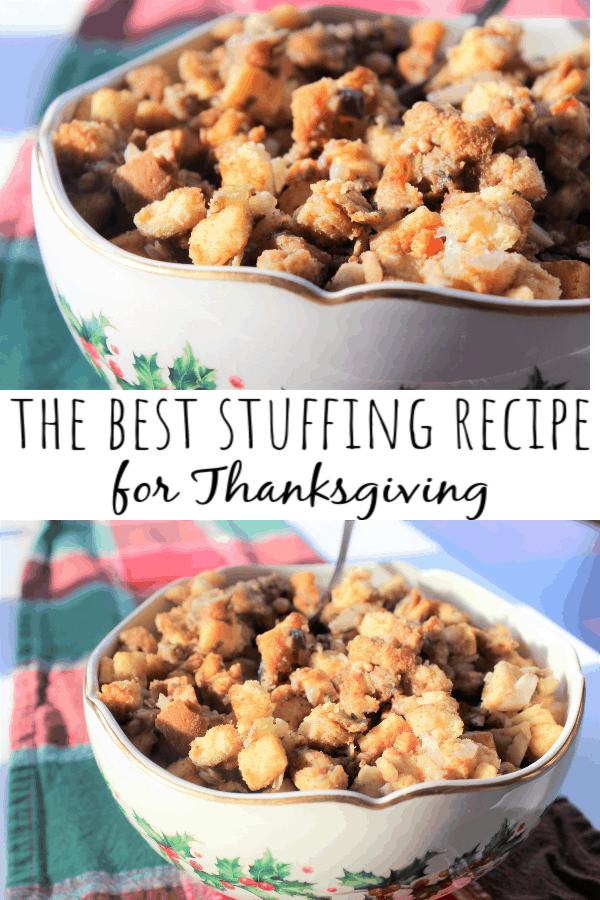 My Mom used to make the BEST bread stuffing recipe for Thanksgiving & Christmas every single year.

It was the one side dish besides mashed potatoes that I couldn’t wait to eat.

I’m so thankful that I got this recipe from her when she was still with us because now I can make it for future generations. 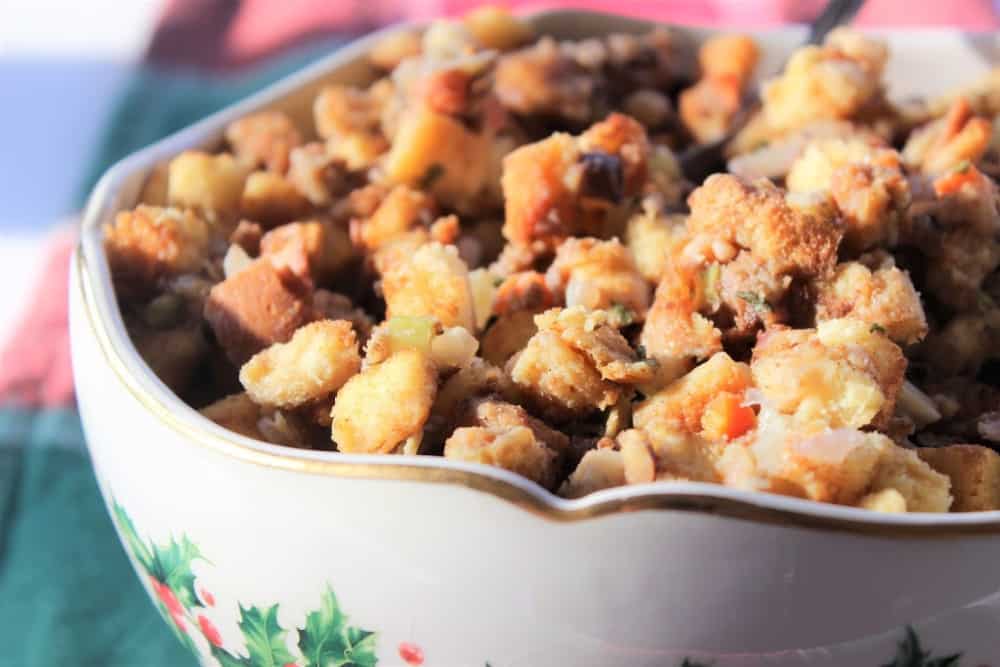 I eat bread stuffing MAYBE 3 to 4 times a year.

The two main times are on Thanksgiving and Christmas.

Did you know that there are so many varieties of stuffing recipes?

BUT the BEST stuffing recipe in the whole wide world is my Momma’s stuffing. 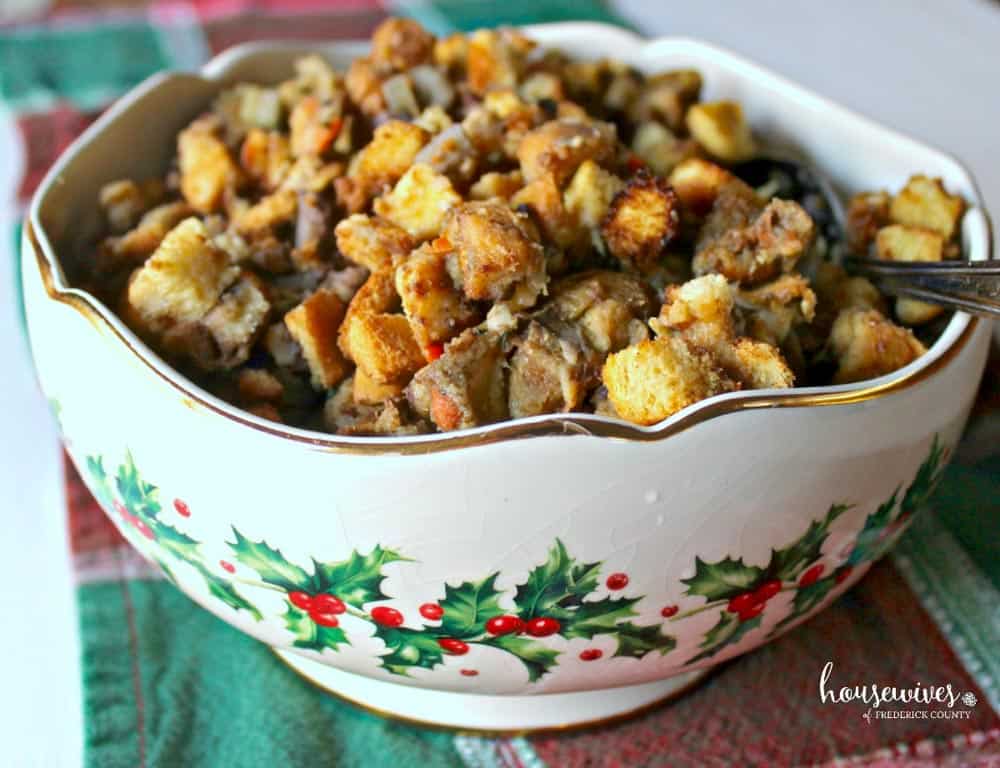 Yes, I may be a tad bit biased, but out of all of the bread stuffings I’ve ever tried in my life, my Momma’s is hands-down THE BEST.

Why i love this bread stuffing recipe 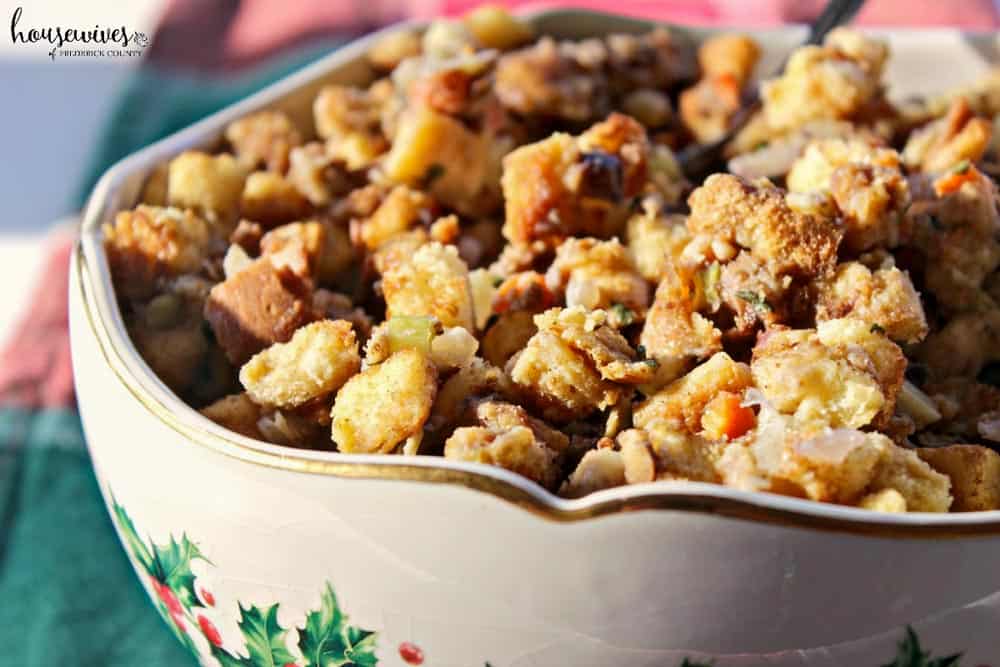 There’s really nothing fancy about it.

And maybe that’s why I love it so much.

There are so many flavors and textures in it that it just makes my taste buds so happy. 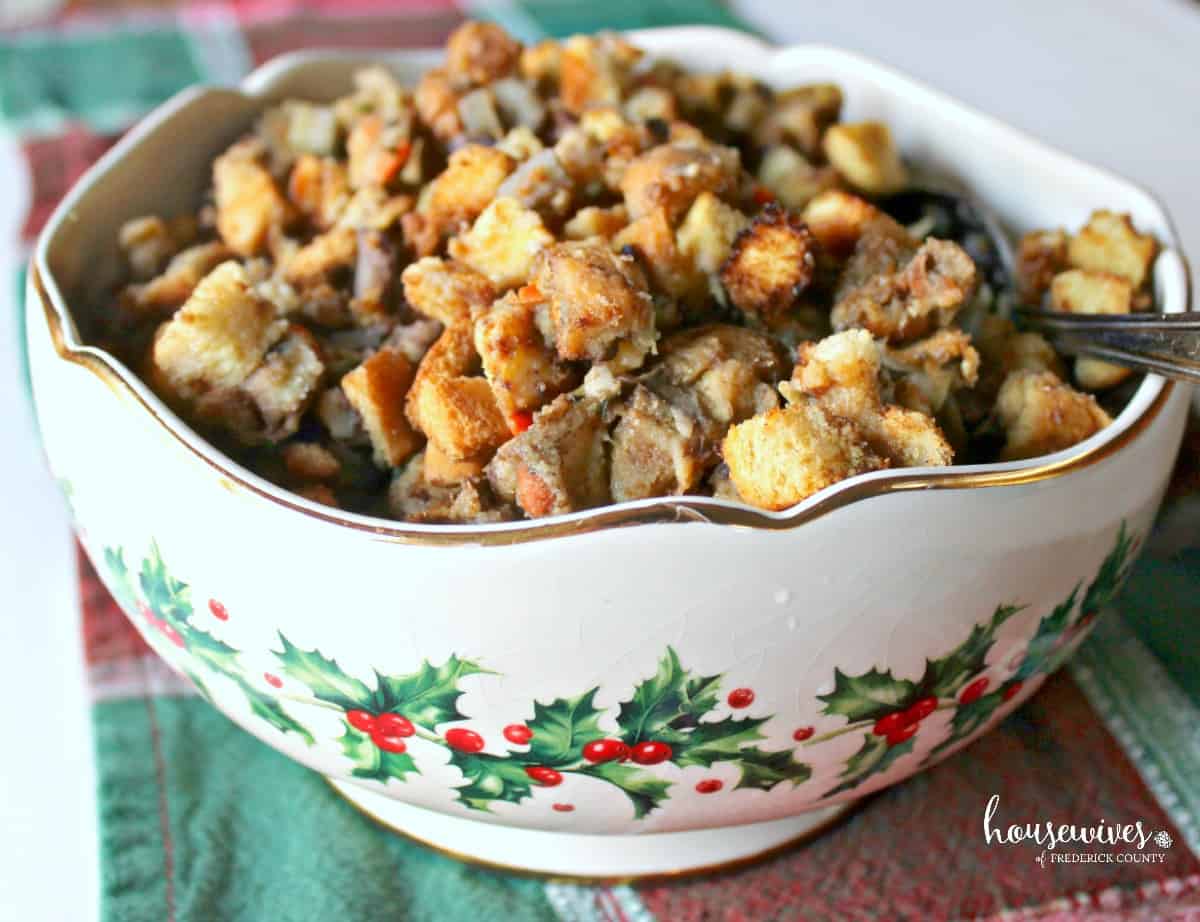 And it’s not all stuck together in a ball like a lot of bread stuffings can tend to get.

This recipe is flaky, buttery, crispy, crunchy, holiday goodness in every single bite.

Combine it with some turkey, mashed potatoes and gravy and I am in heaven! 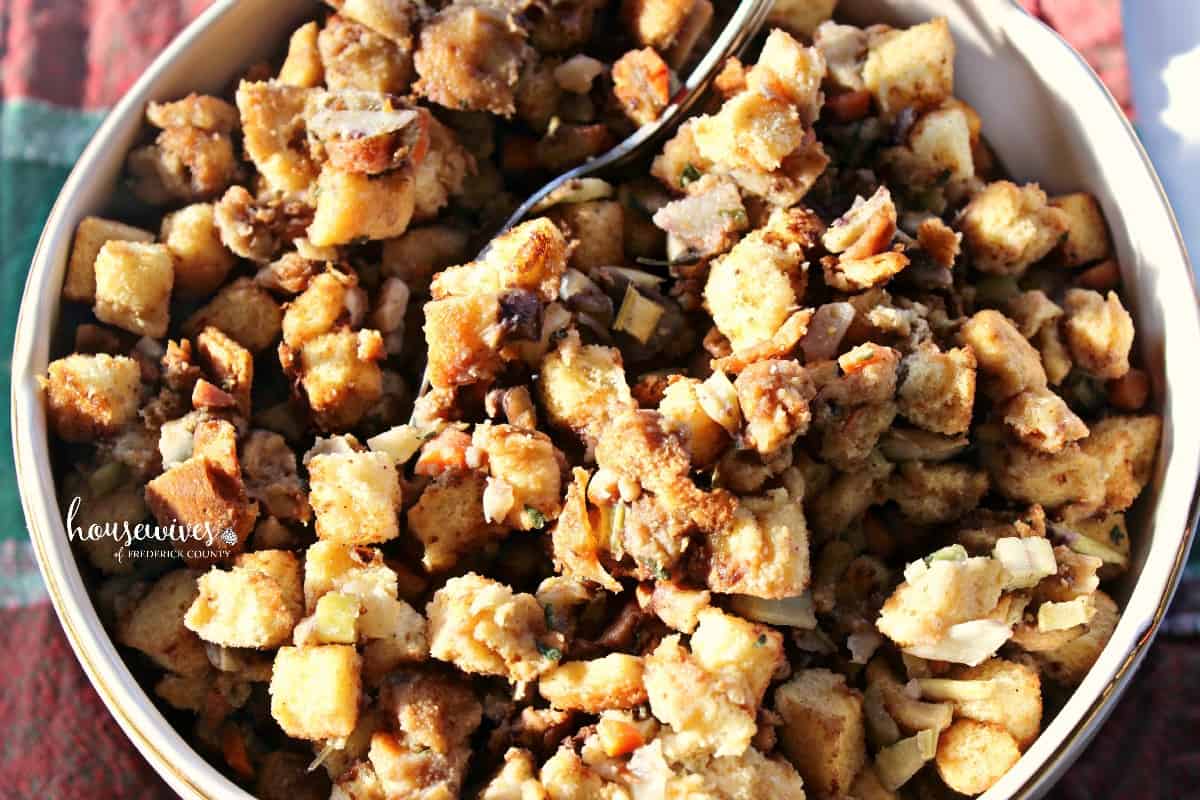 Try it for yourself.

I guarantee you, once you make this bread stuffing, you’ll never go back to any other stuffing recipes.

Unless of course you grew up with a tried and true recipe that YOUR Momma made.

Then I can understand your bias. 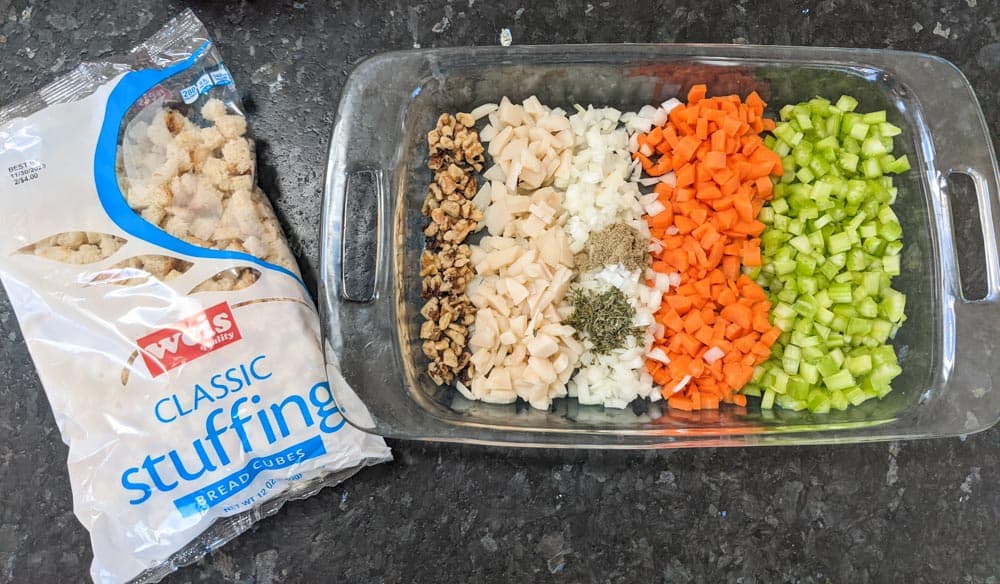 The bread stuffing ingredients are very basic, but the combination of all of these crunchy flavors make for an amazingly delicious end result! 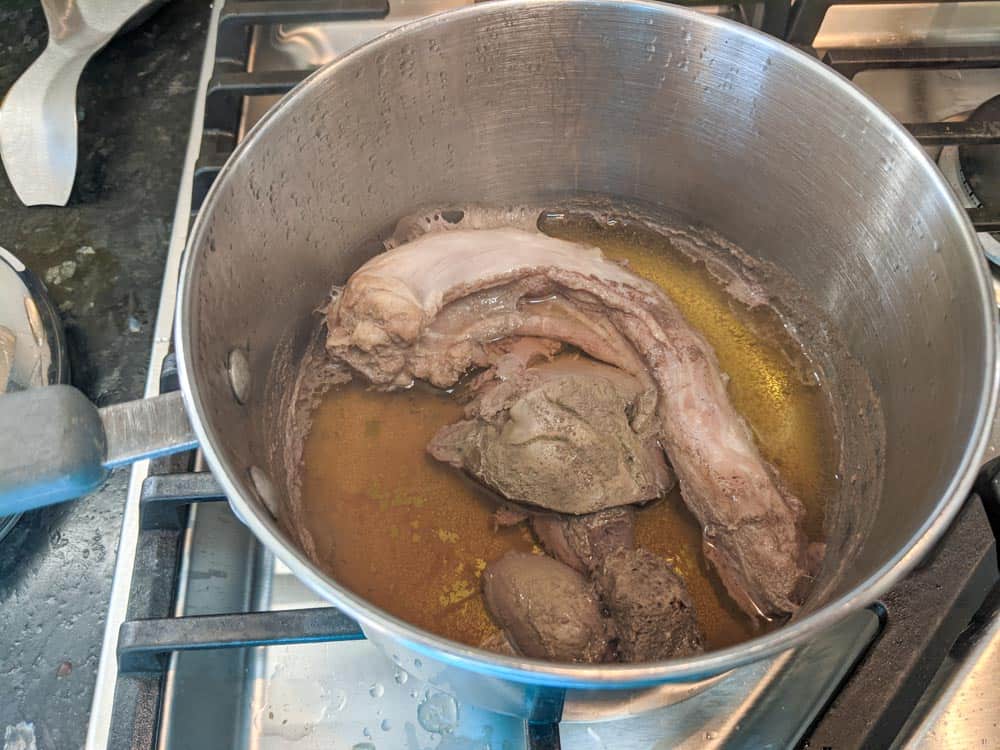 You know when you’re rinsing off your turkey or chicken and there’s a little bag of ‘organs’ inside the cavity of the bird?

Those are called giblets.

They consist of the bird’s heart, liver, neck, & gizzards.

I know, it sounds really gross, but if you simmer them in water, they make a really good broth to use in this bread stuffing recipe!

How do you make bread stuffing from scratch 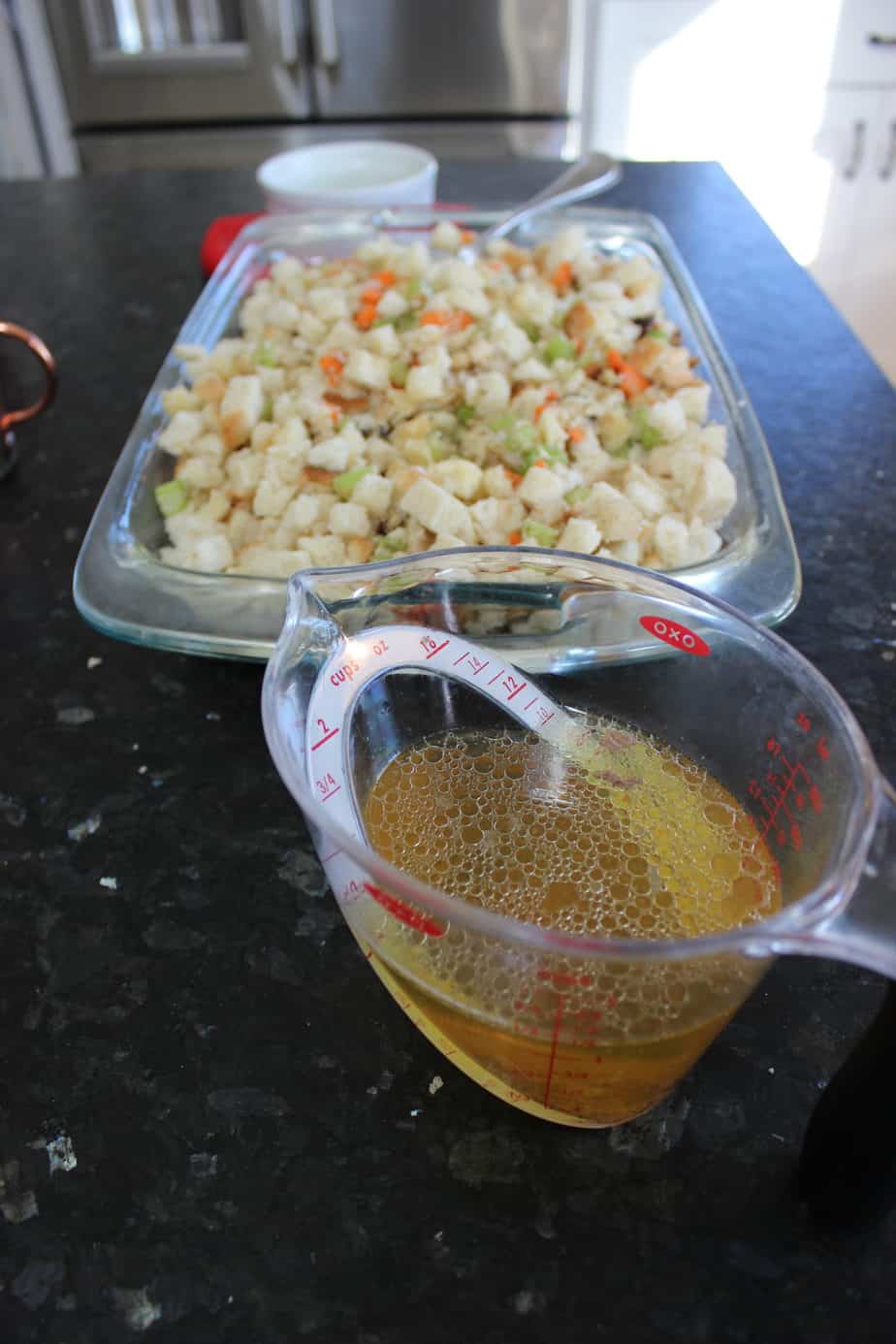 It’s seriously so easy to make bread stuffing from scratch! 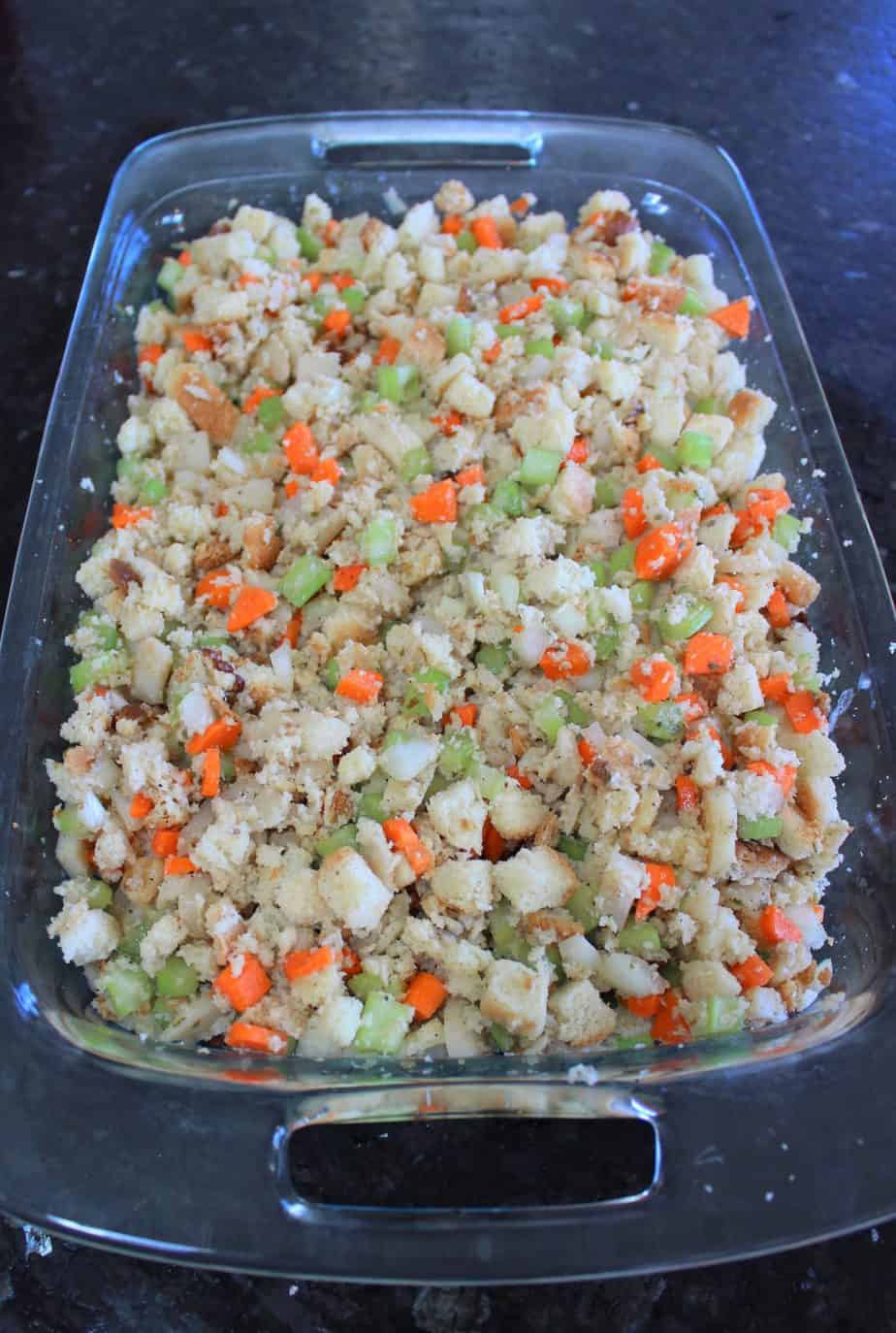 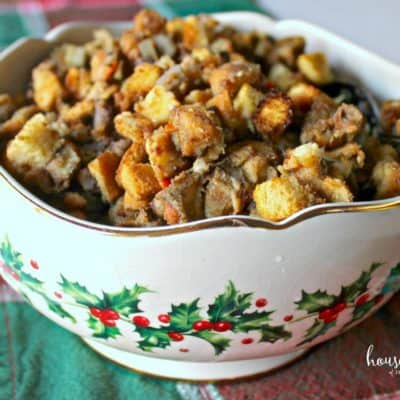 Housewives of Frederick County
Out of all the bread stuffings I've ever eaten in my life, my mom's recipe is always the best! This recipe will stay in your recipe binder for generations to enjoy.
Print Recipe Pin Recipe
Course Side Dish
Cuisine American 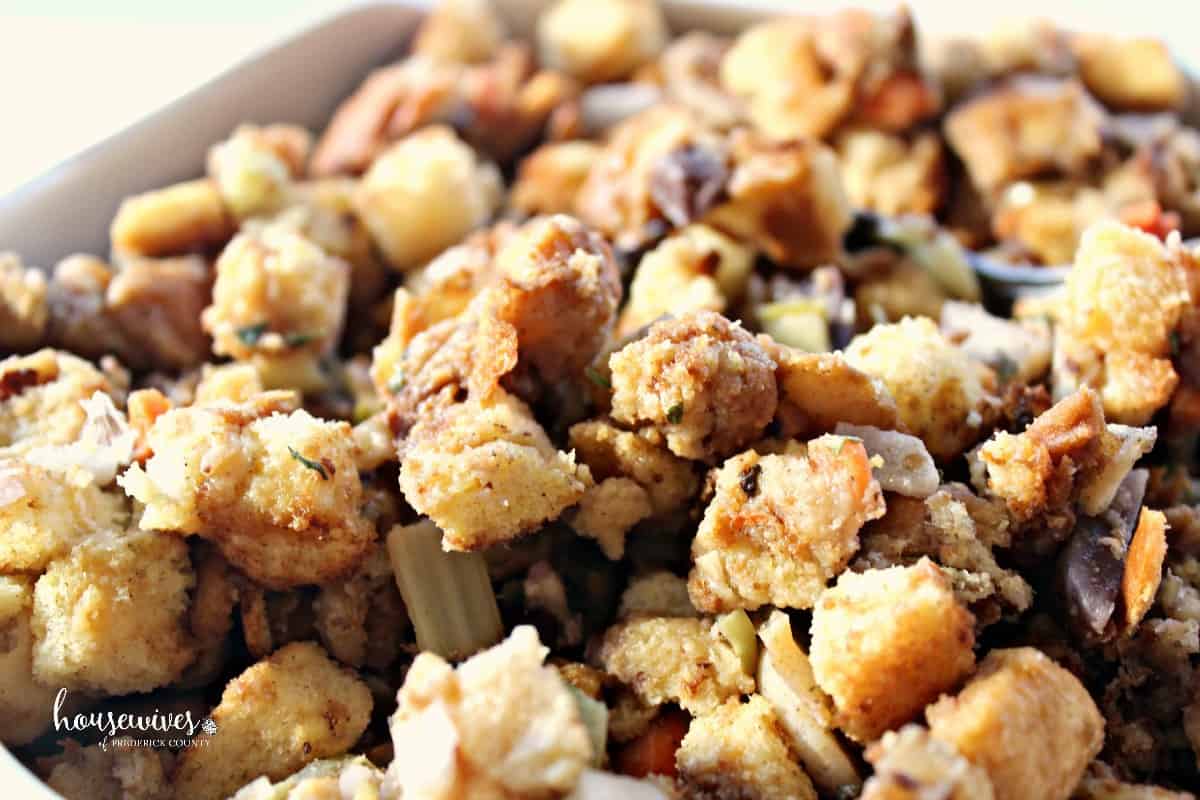 Try it for yourself 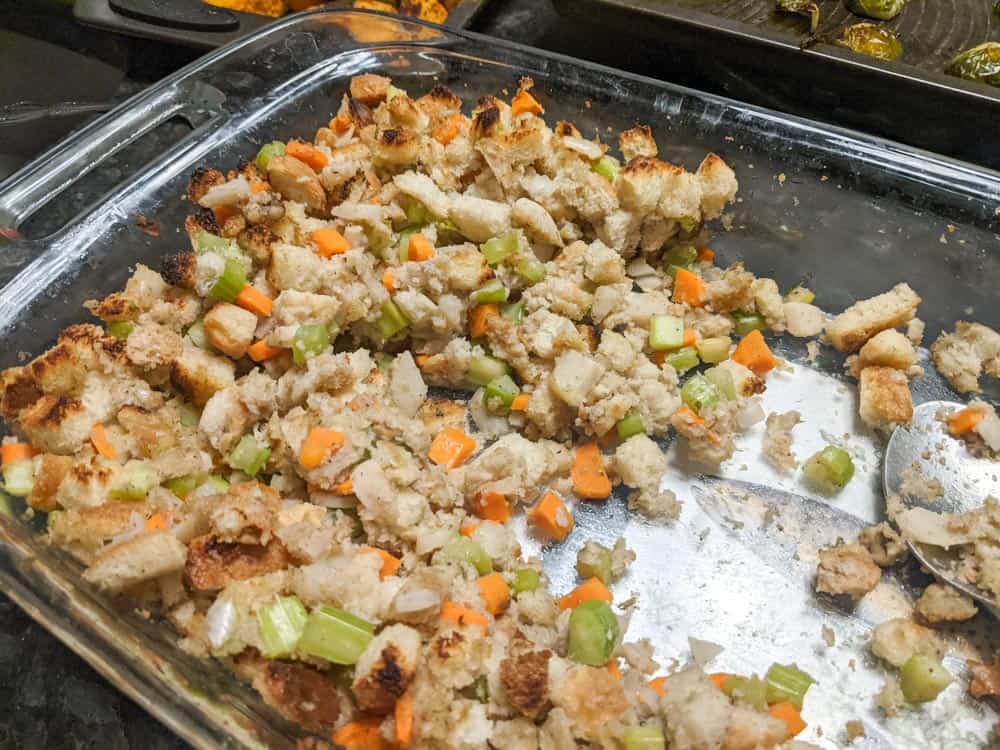 First of all, I apologize for the above picture.

I had full intentions of taking a beautiful photo of the bread stuffing as I pulled it out of the oven, but there were people and spoons everywhere!

By the time I got a chance to take a picture, this is what was left of the stuffing.

As usual, everybody loved it!

Let me know if you try it out for yourself and what you think.

So when I say BEST, I mean it’s seriously good!

It’s so good that it deserves a beautiful presentation in a special serving bowl, like this Pfaltzgraff Plymouth Handled Bowl (Amazon).

Finally, for other delicious Thanksgiving and holiday dishes, click on over to:

10 Best Thanksgiving Desserts You Can Be Thankful For! 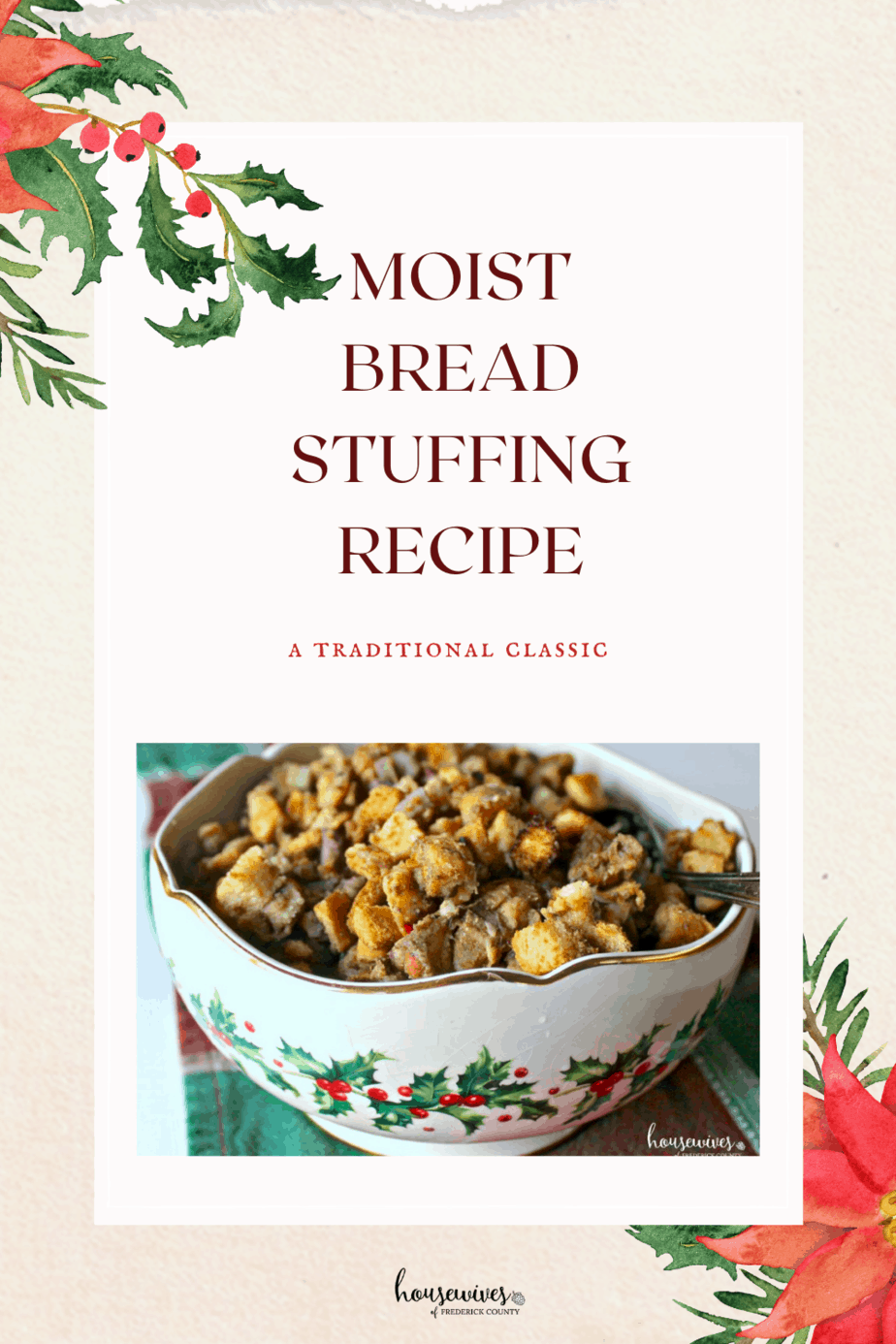