As most of you know, the two women who started Housewives of Frederick County – Pam and I -are identical twins.  Obviously, being an identical twin is no big deal to Pam and me – we were born with each other and never knew any different.  But, to many people that we’ve met in our lives, being a twin is fascinating!  We have been asked, for as long as we can remember, many questions about what it’s like being a twin.  Many of these questions are the same questions over and over from different people. 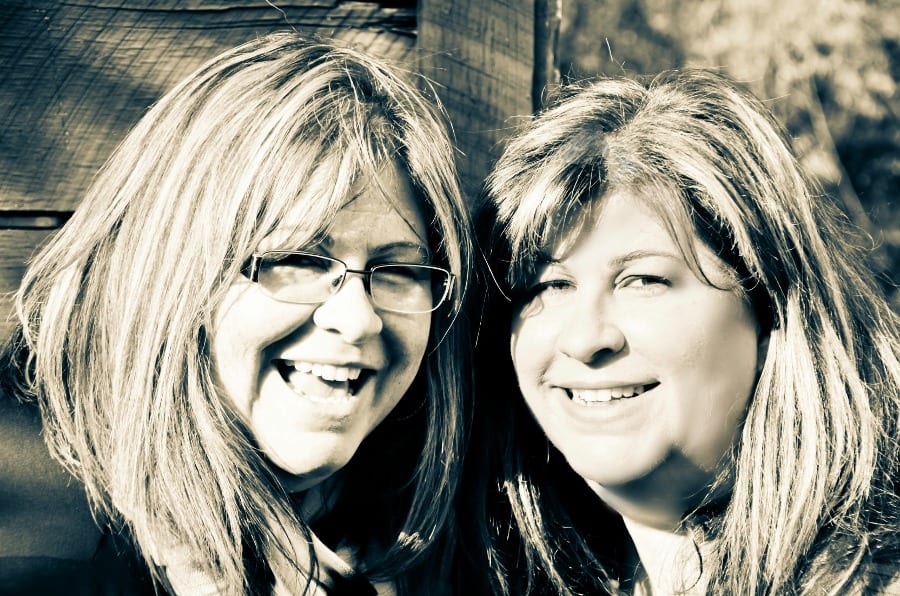 So, I decided to write a little post on what it’s like to be a twin, and to incorporate some of the common questions that Pam and I have gotten over the years.  So, here goes:

Is it fun being a twin?  The answer to this question is – hell yeah!  First of all, we have gotten extra special attention all of our lives simply because we look alike (our brothers would argue that we are spoiled – no way :)).

Do your names rhyme?  Well no, they don’t – mine is Terri and hers is Pam, BUT we have heard our share of nicknames for us!

When one feels pain – does the other?  Sorry to disappoint, but that doesn’t happen with us.  But, I can tell you, though, that when one of us is hurting emotionally it affects the other one of us tremendously.  There have been several times in my life when I have been depressed because Pam is depressed.  Also, we ALWAYS know when something is wrong with the other one, even if the other one is trying hard not to show it.

Do you think that you were the original Pam, and Pam was the original Terri and you accidentally got switched after you were born?  This is a great question – anything is possible! 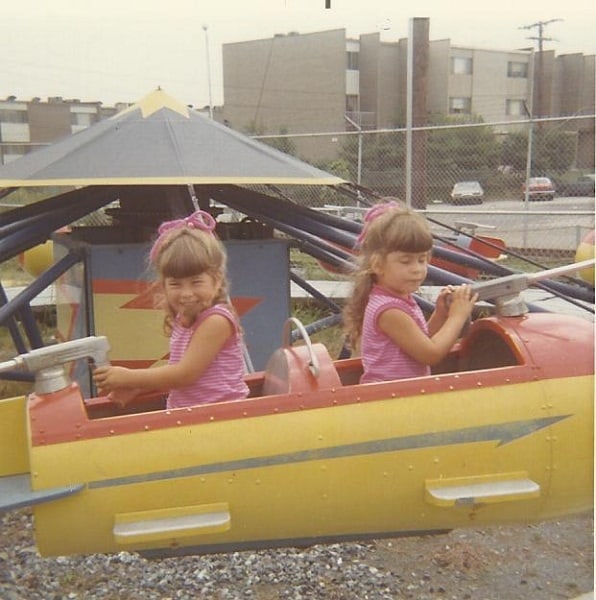 Which one of you is older?  That would be me (Terri)!  I am 12 minutes older and don’t you forget it – I must say that I am SO much more mature than Pam – tee hee! 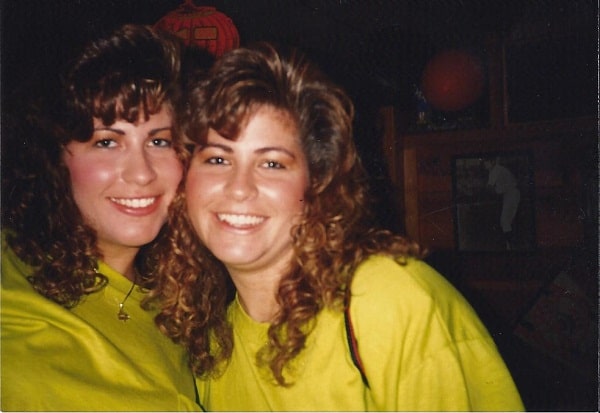 Do your kids look alike?  Both Pam and I have boys (I have 2 and she has 1).  Many people have told us that they do resemble each other.  The funny thing is, her son resembles me and one of my sons resembles her.  I know that sounds funny because we are twins, but there are certain physical differences between us and these difference have shown up in the opposite twin’s child!

Did your parents raise you to be very much alike or did they stress individuality?  My mom absolutely LOVED raising twins and took full advantage of being able to dress us alike!  So, I would say that we were raised to be very much alike.  We grew up sharing a lot of things too, even up to our first car.  We shared an orange, Volkswagon Beetle.  At the time, it got to be aggravating to have to share a car – especially as we began to develop our own interests, but looking back – those were some of the best times of our lives!

Do people still mistaken one of you for the other? On a regular basis 🙂  We actually look quite different now, compared to when we were growing up.  Pam’s hair is darker and longer, and a little bit of a different style.  Pam got Lasik eye surgery so she doesn’t wear glasses, and I do.  I weigh more than Pam does (boo).  I am about an inch shorter than Pam.  BUT, we obviously still look alike.  Since we live within about 10 miles from each other, we often run into people when we are by ourselves who mistaken one of us for the other one.  So, for example, I may be shopping and someone I’ve never seen before looks at me and smiles and begins to come up to me.  The first thing I usually say is, “You must know my twin sister Pam!”  It’s so funny, but both Pam and I have experienced this so many times that it’s no big deal.  Our biggest hope is that the person isn’t embarrassed 🙂 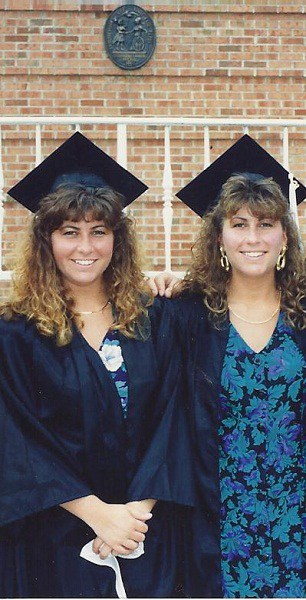 How do your husbands feel about being married to a twin?  Well, I guarantee that they have compared notes in regard to each of our ideosyncrasies (yes I had to look that word up to spell it correctly)!  Both of them have told us that it can be tough to get through our bond.  They both feel, as much as we have tried to not make them feel this way, that I “rank” higher with Pam than her husband does and vice versa.  There are some cons, though, to our close bond.  We have often said to each other that if anything happened to the other one, that the surviving twin would have to be put in a rubber room!

So, those are a few answers to what it’s like to be a twin.  Both Pam and I wouldn’t trade it for the world.  Even though we sometimes feel like a “freak show” when people look at us or are amazed by how much we sound alike, the pro’s SO outweigh the con’s!  We are sisters, twins, best friends, allies, protectors, biggest fans, motivators and the list goes on.  How lucky are we to have been blessed with this gift?