You’d be right to say that this sentence doesn’t make any sense.

So let us say it again but we’ll say it the way Jeff Foxworthy says ‘You Might Be A Redneck!’

Does anyone remember, back in the day, he first presented his “You might be a Redneck” stand-up act?

It’s still hilarious to this day!

One of my favorites:  “You might be a redneck if you think ‘loading the dishwasher’ means getting your wife drunk!”

Writing in the ‘You-Might-Be-A’ Style

So, every once in a while, while writing a blog post, I think of something along the same lines of Jeff Foxworthy’s act.

My first thought was to write something relating to my struggles with weight.

Something to the effect of “You might be a fat girl if….”

The more I thought about that, the more I realized that would have been just SAD!

And it probably would have been a bit offensive!

I tend to be quite self-deprecating, so I will bounce potential “you might be a fat girl if’s” on my kids.

They love it, but I opted to go with another characteristic about myself – BEING AN IDENTICAL TWIN. 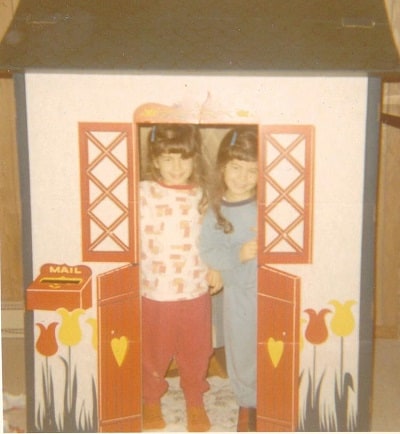 What is it like to be an identical twin?

Here’s a great article with 11 Facts About Twins That Make Them Even Cooler Than You Already Thought.

I didn’t even know the first fact, and that is that identical twins do not have identical fingerprints.

Anyway, I wanted to create something that identical twins could relate to in the form of a quick and dirty list.

And, of course use a little humor thrown in 🙂

Just start the sentence with ‘If’ and end it with ‘You Might Be An Identical Twin’!

You MIGHT Be an Identical Twin – Jeff Foxworthy style!!

Hope you enjoyed this!

If you are a twin or have twins feel free to add some that I’ve missed!

It’s fun to realize that these things don’t happen to just anybody!

For more of our twin related posts, click on over to:

His Name Was Shawn – A Real Life Evil Twins Story

4 thoughts on “You MIGHT Be an Identical Twin! In the Style of Jeff Foxworthy”