Disclosure: This post may contain affiliate shopping links to help support our blog and for your convenience. Using these links creates no additional cost to you and helps us continue delivering inspiring content. As an Amazon Associate I earn from qualifying purchases. View our disclosure policy here. 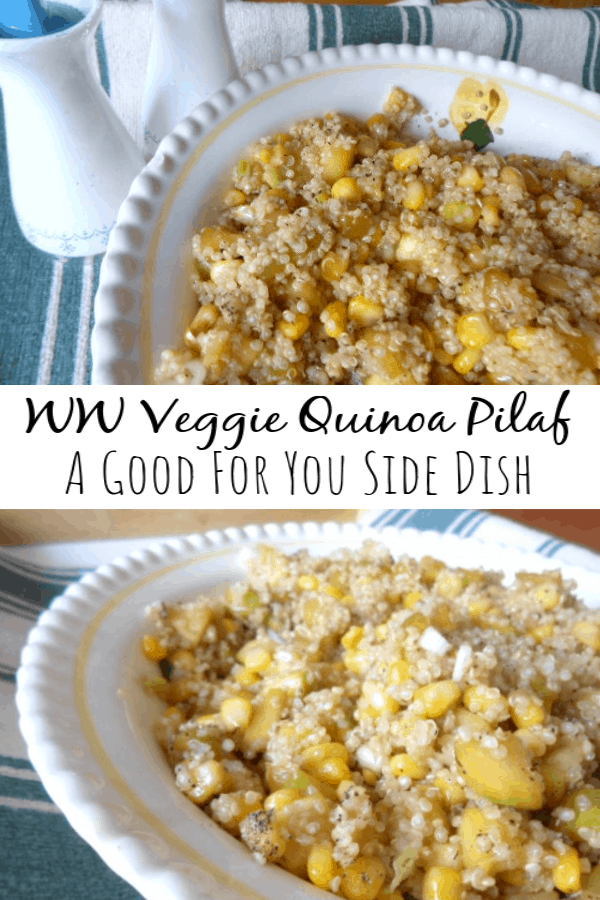 And with only 3 Weight Watchers Points Plus Value per serving, you’re doing yourself a disservice by not trying it!

Quinoa tastes very similar to rice, which is why I love it so much!

I could eat rice every day, but I try to limit it because most varieties have levels of arsenic in them.

To me, quinoa tastes like a nuttier, crunchier version of brown rice. Mmmm!

And the bonus is that it’s more filling than rice.

BUT it also has 4 more grams of fiber and twice as much protein as rice!

Fiber and protein are 2 important ingredients for digestion and muscle building.

According to this Healthline article, quinoa is a complete protein, high in fiber, and high in minerals, such as iron, magnesium, phosporus, manganese, & zinc.

Unlike rice, quinoa is not a grain.

Although, it is eaten in recipes as a substitute for grains, quinoa is a seed derived from the chenopodium quinoa plant, a relative to spinach and chard.

So, with this quick little lesson on quinoa, here is our recipe for Veggie Quinoa Pilaf. 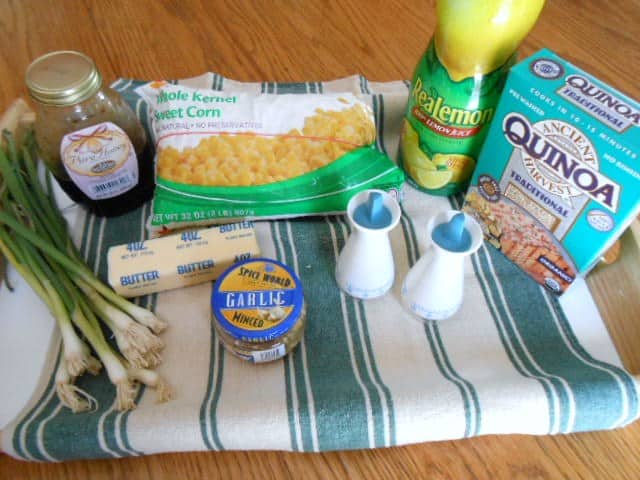 The above picture of the Weight Watchers Veggie Quinoa Pilaf is the entire recipe.

Obviously, this recipe is used as a side dish.

I happened to make it during the day for blogging purposes and ate it as a main dish for my lunch.

Although I probably could have eaten the entire bowl in one sitting, I restrained.

It is absolutely delicious and so tasty!

The zucchini actually almost tastes fruity because of the lemon and honey.

And the garlic and scallions add to the hearty component of this delicious side dish. 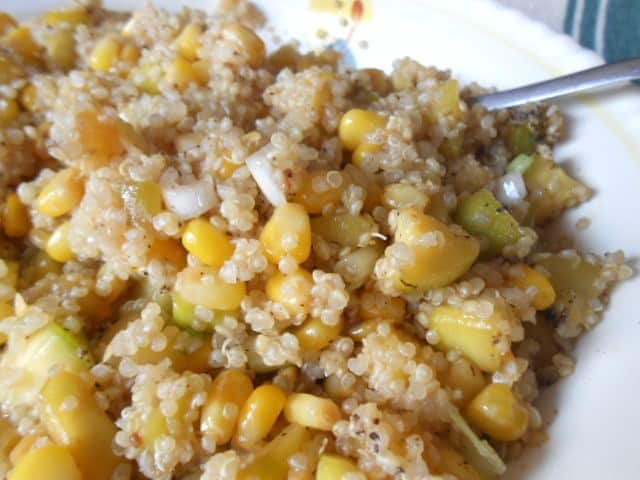 I just can’t get enough of quinoa these days.

This WW Veggie Quinoa Pilaf recipe, is a great choice as a side dish, to add to a salad, or just to eat all by itself, like I did.

I can’t wait to go to the kitchen and heat me up some leftovers!

That’s the best part about posting these recipes.

I get to eat them too. 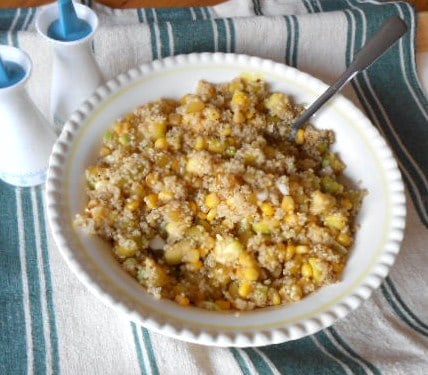 So, if you haven’t tried quinoa yet, I really encourage you to try it.

For more delicious side dish recipes, go to our posts on:

Blog Owner at Housewives of Frederick County, LLC
Pam is married and has 1 son – a middle-schooler in his teen years. She followed Terri to Frederick in 1999. She absolutely loves going to yard sales and estate sales and finding hidden treasures. read more...

Latest posts by Pam (see all) 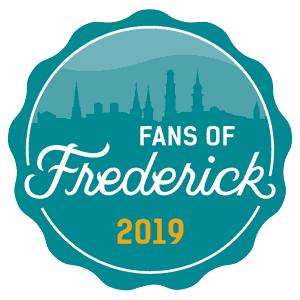 They should make a Deep Creek Lake candle with a b

We hit the Christmas tree farm early this morning

Took a drive out to Waterford, VA today. Very clos

Sarge is getting huge! 7 months old. He's a happy

Well, we've been in our custom built home now for

We hiked the Appalachian Trail from Reno Monument