We love pumpkin chunkin so much that we hosted our own little event using a little imagination and lots of mini pumpkins!

Has the topic of pumpkin chunkin ever come up in your household?

Not many people I know have even heard of it before.

But in my household, it has come up many times.

Over the last several years, it has become a tradition with my husband and son to turn on the TV and watch the World Championship Punkin Chunkin event.

What is Pumpkin Chunkin?

It is “the sport of hurling or ‘chucking’ a pumpkin solely by mechanical means for distance.”

Devices can include slingshots, catapults, centrifugals, trebuchets, and pneumatic cannons.

Interestingly, a World Championship Punkin Chunkin has been held every year during the month of November.

This event is now held in Illinois by the World Championship Punkin Chunkin Association (WCPCA).

The WCPCA, World Championship Pumpkin Chunkin Association, is a nonprofit, raising money for scholarships and organizations helping young people and the local community.

How great is that?

And when you really think about it, pumpkin chunkin is the ultimate STEM activity!

How fun is it to come up with a device that can throw a bright orange pumpkin as far as possible, see it splatter to smithereens, and have a chance at winning a prize? 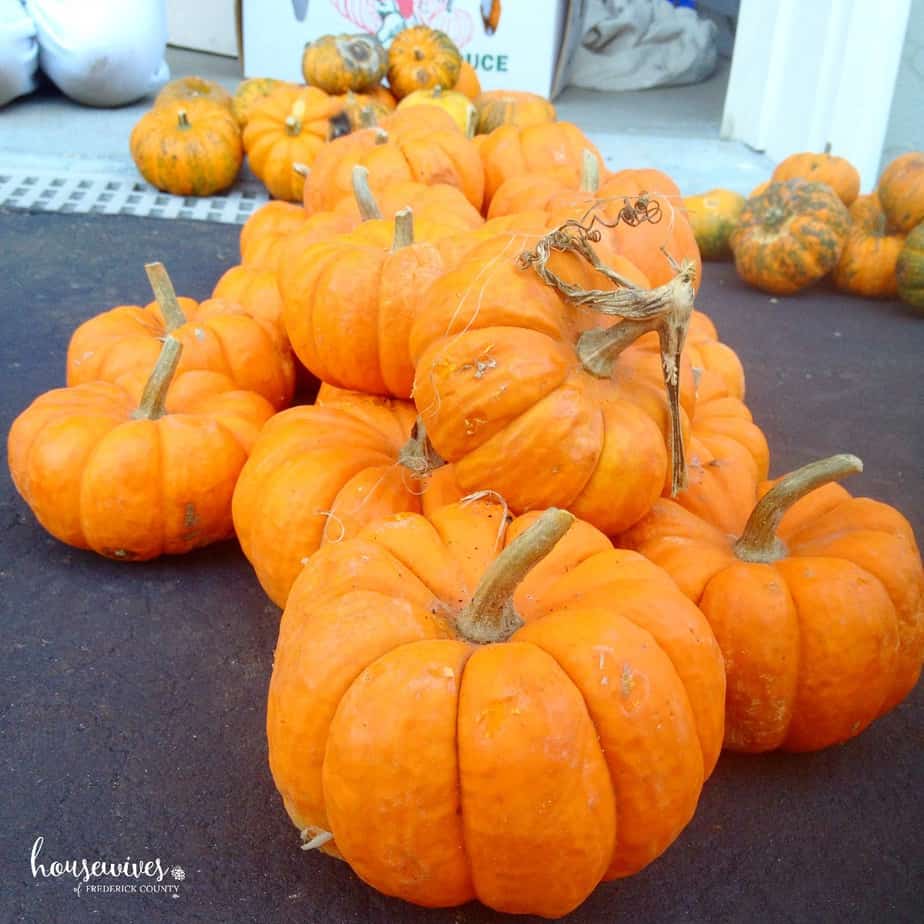 How to Host Your Own Pumpkin Chunkin Event

My husband and son have talked for years about having our very own event.

Well, last year, they followed through on their plans and held their very first Pumpkin Chunkin extravaganza with my son’s best friends and cousins.

Because our event was on a much smaller scale, we used baby pumpkins.

Because Halloween is over and the demand for pumpkins has significantly decreased, you can usually get a good deal on a whole lot of pumpkins.

My son has counted out over 200 pumpkins for this year’s event. 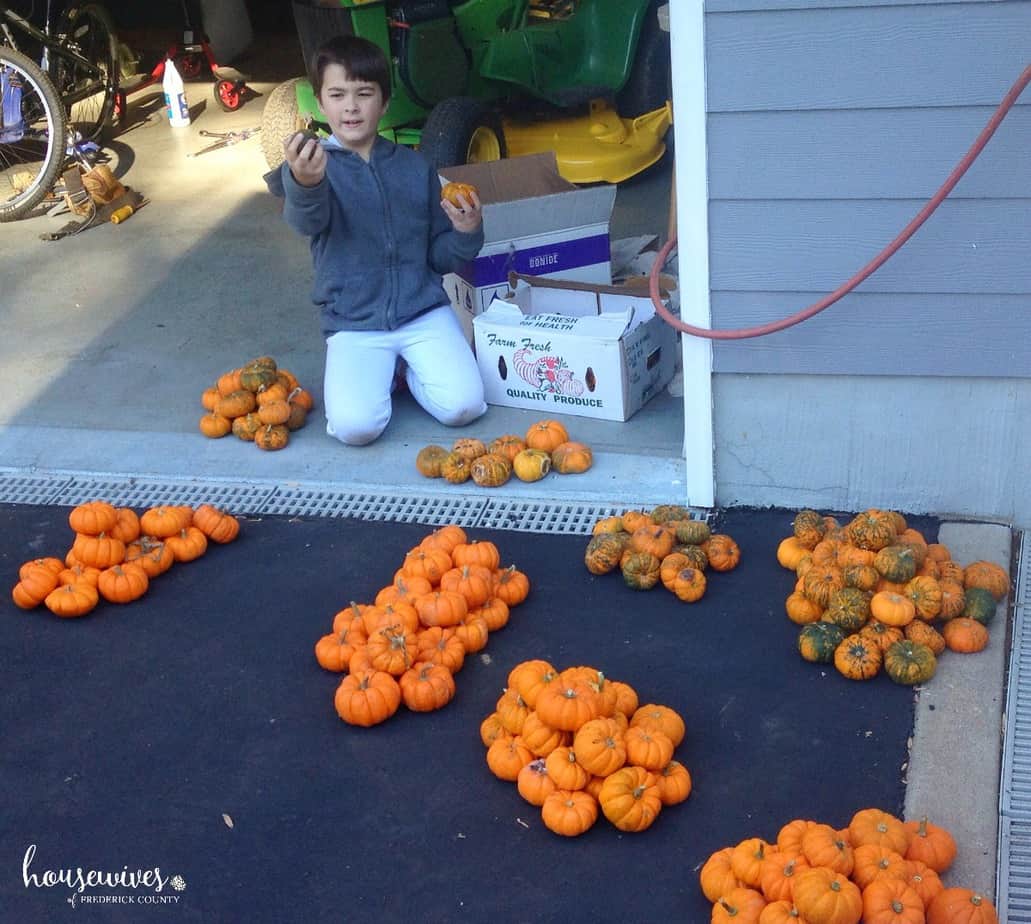 Last year, we had 6 kids in our competition.

Each kid got around 11 pumpkins to chunk.

This year, we have around 20 kids participating!

Last year we used my son’s baseball pitching machine to chunk the pumpkins.

It worked really well and was a lot of fun.

The kids measured their distances and kept score in a notebook.

At the end of the event, each kids’ score was averaged and whoever had the highest score won the Pumpkin Chunkin prize (a Santa Claus Pez Dispenser)! 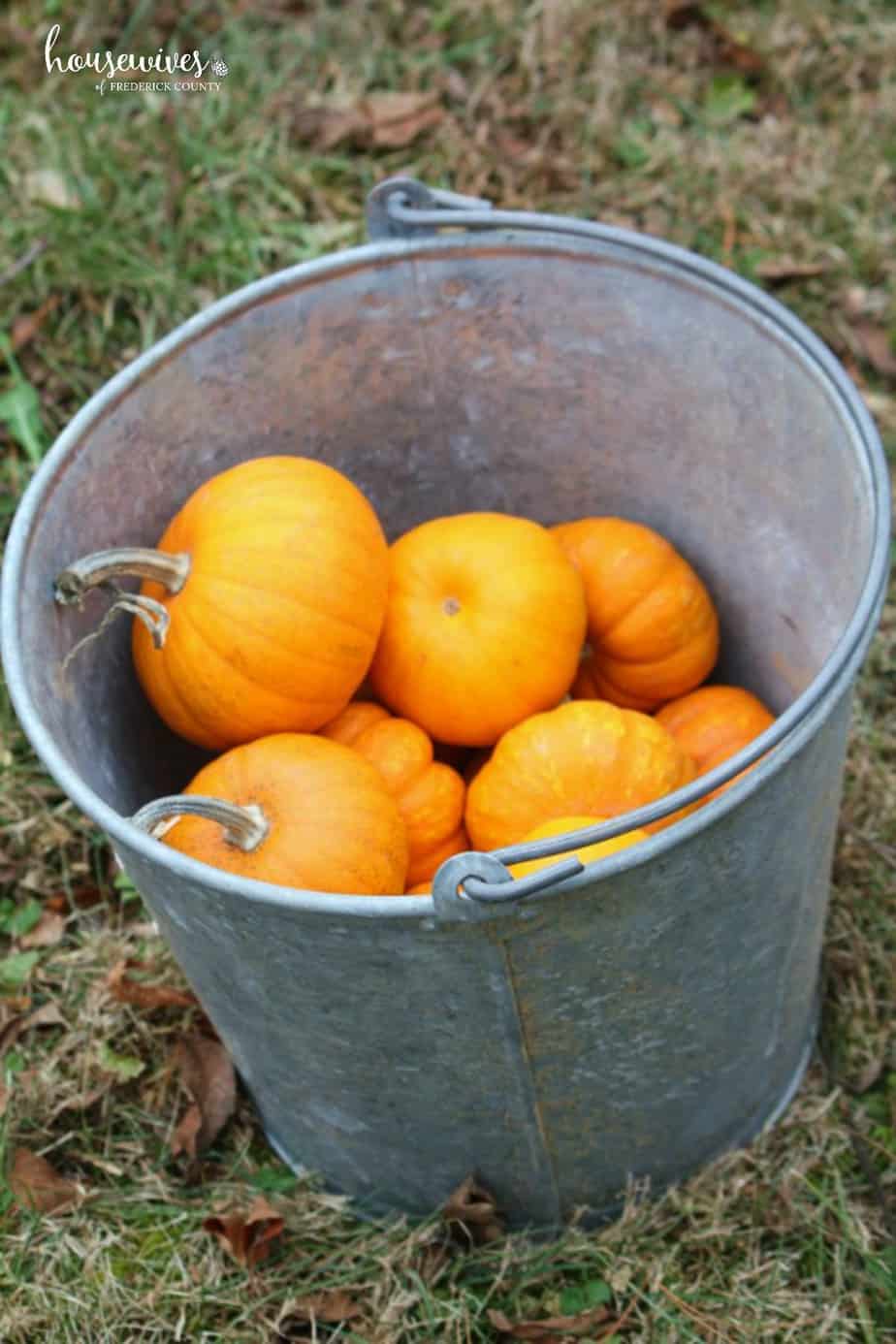 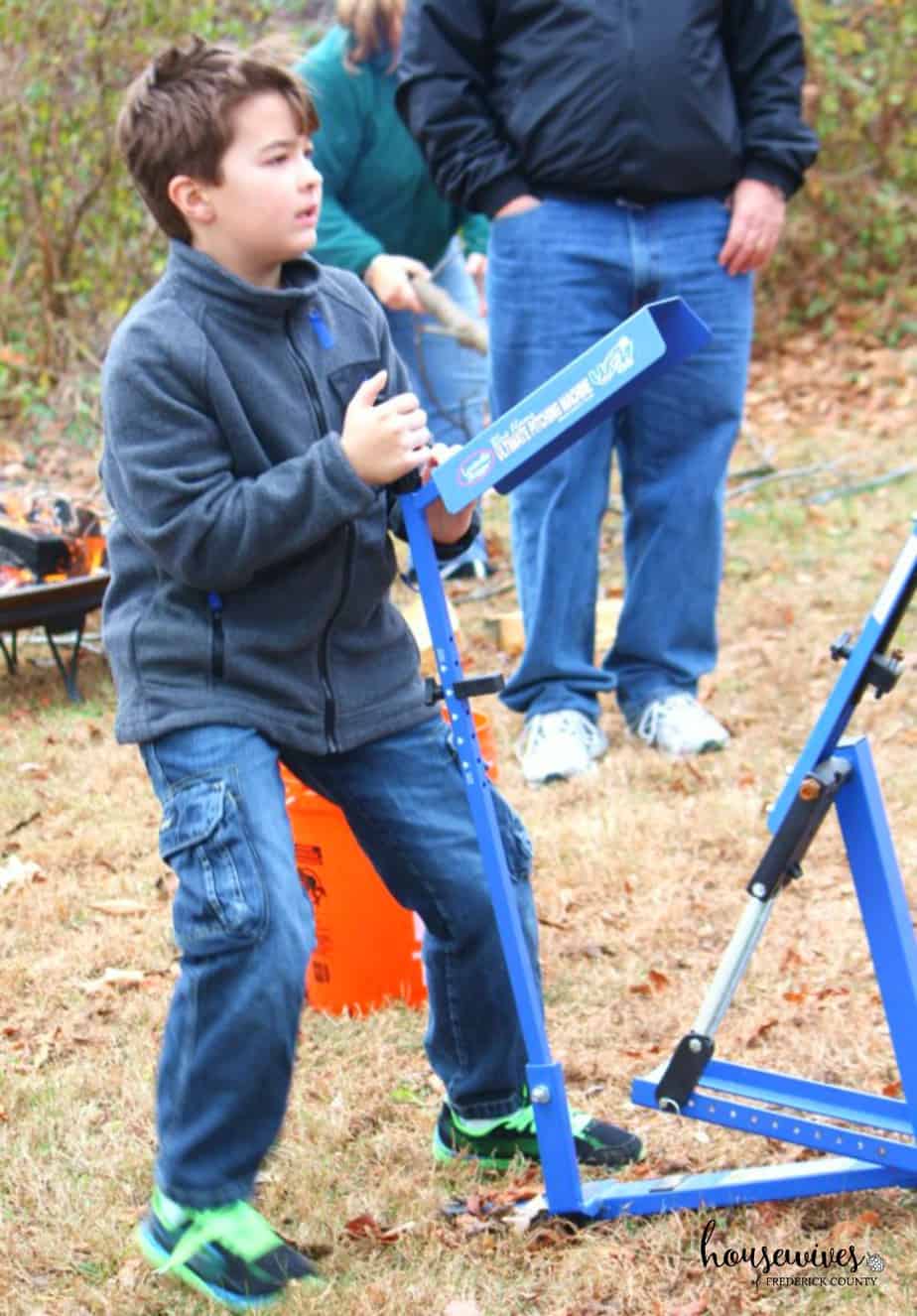 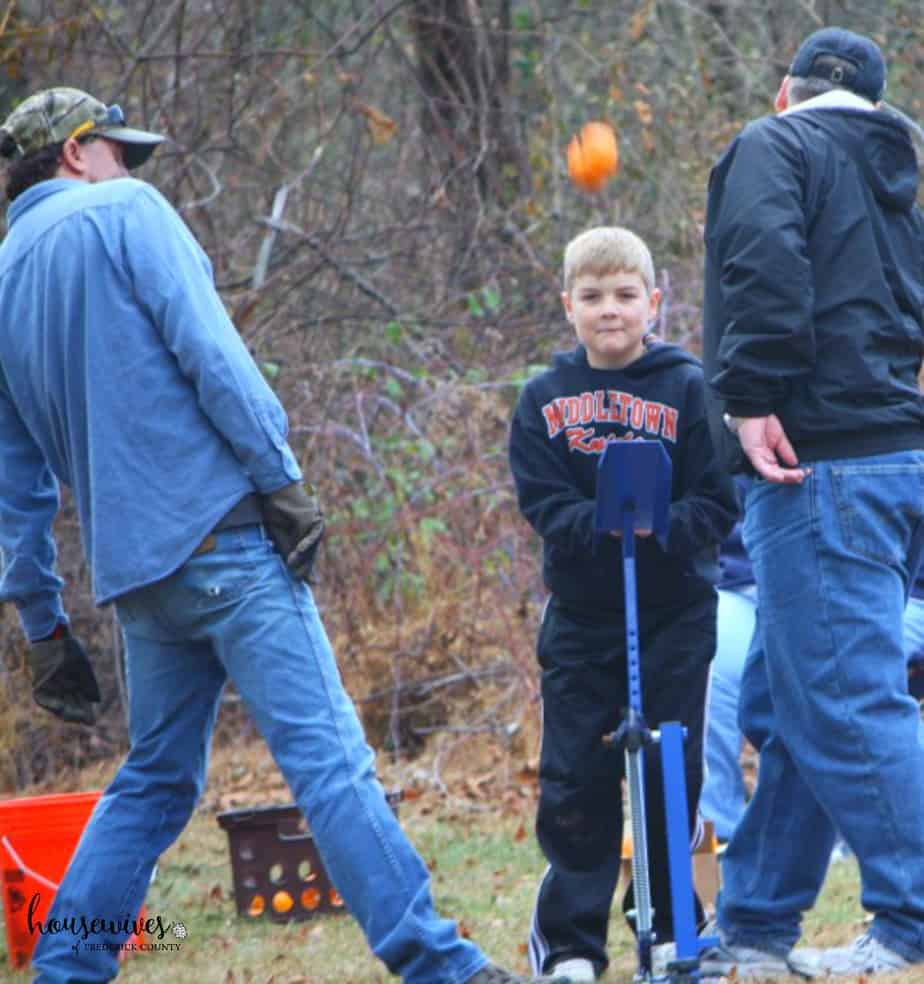 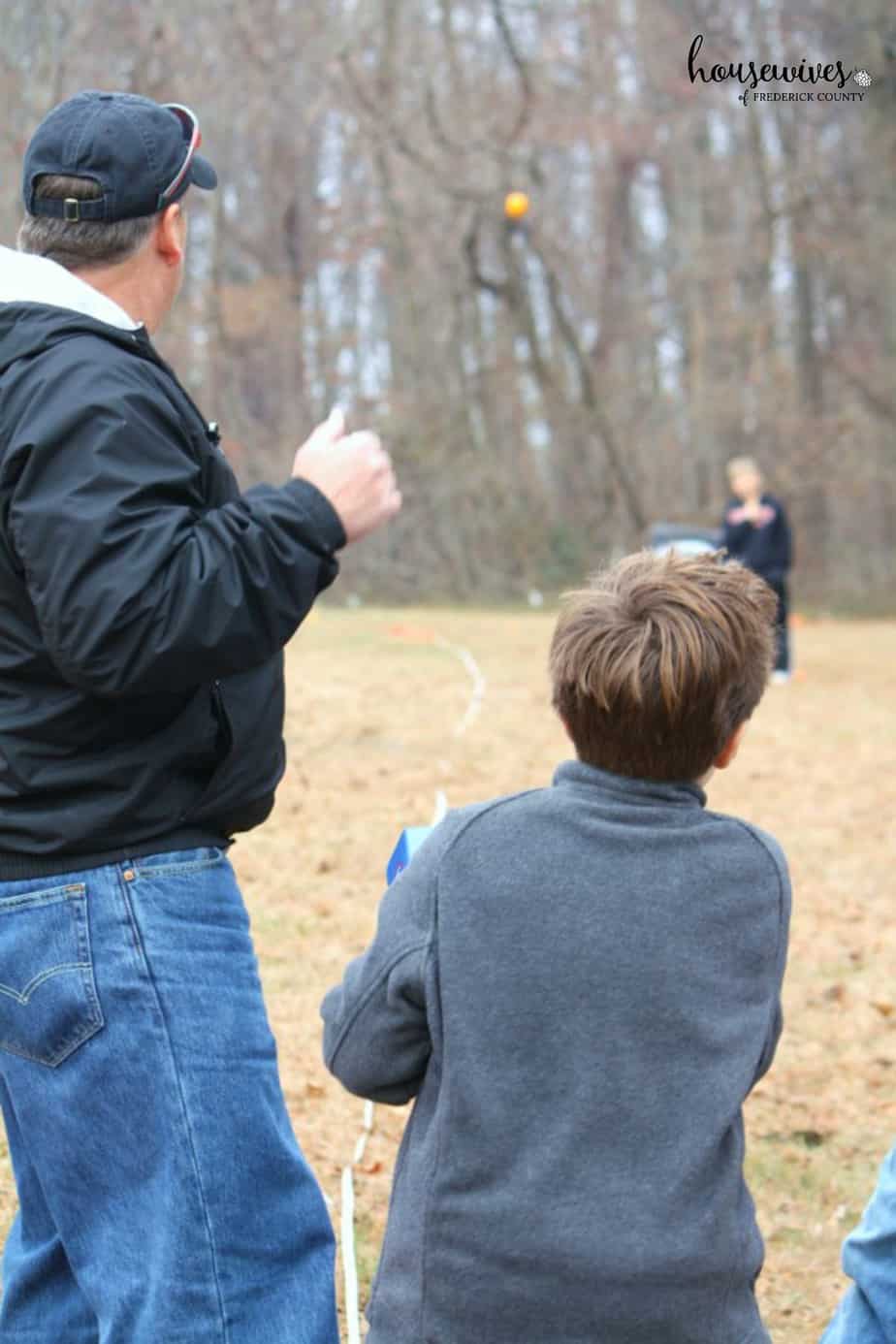 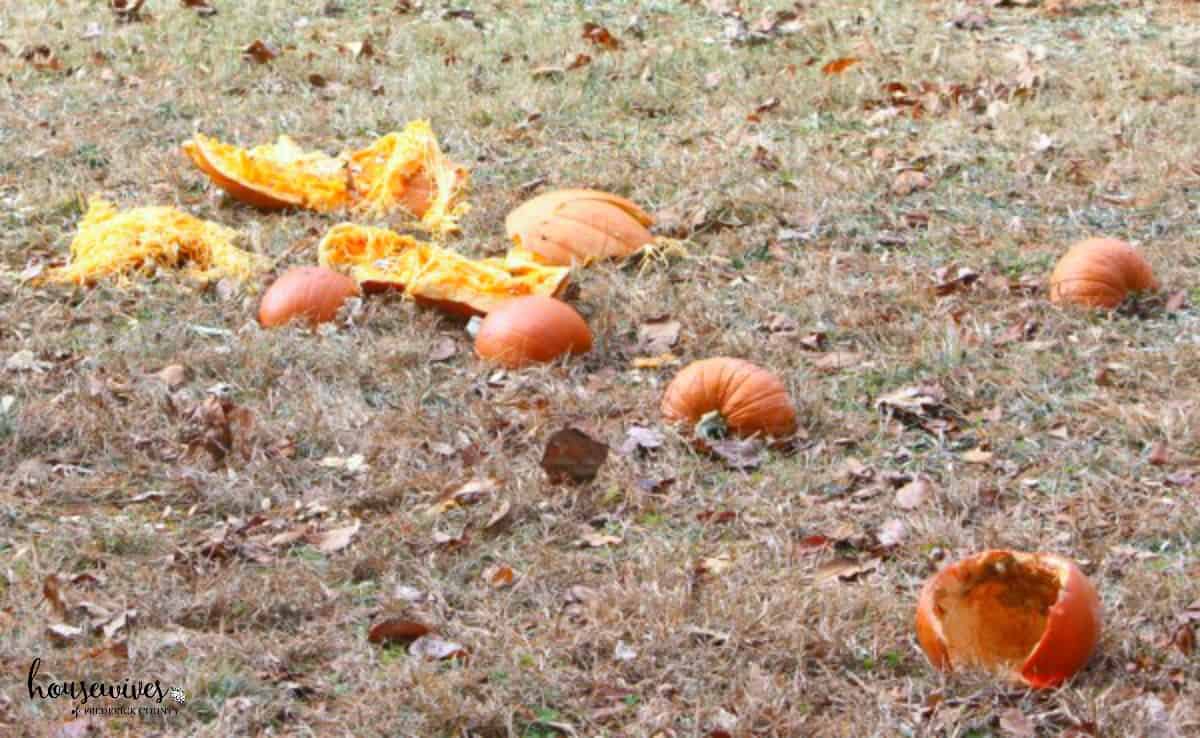 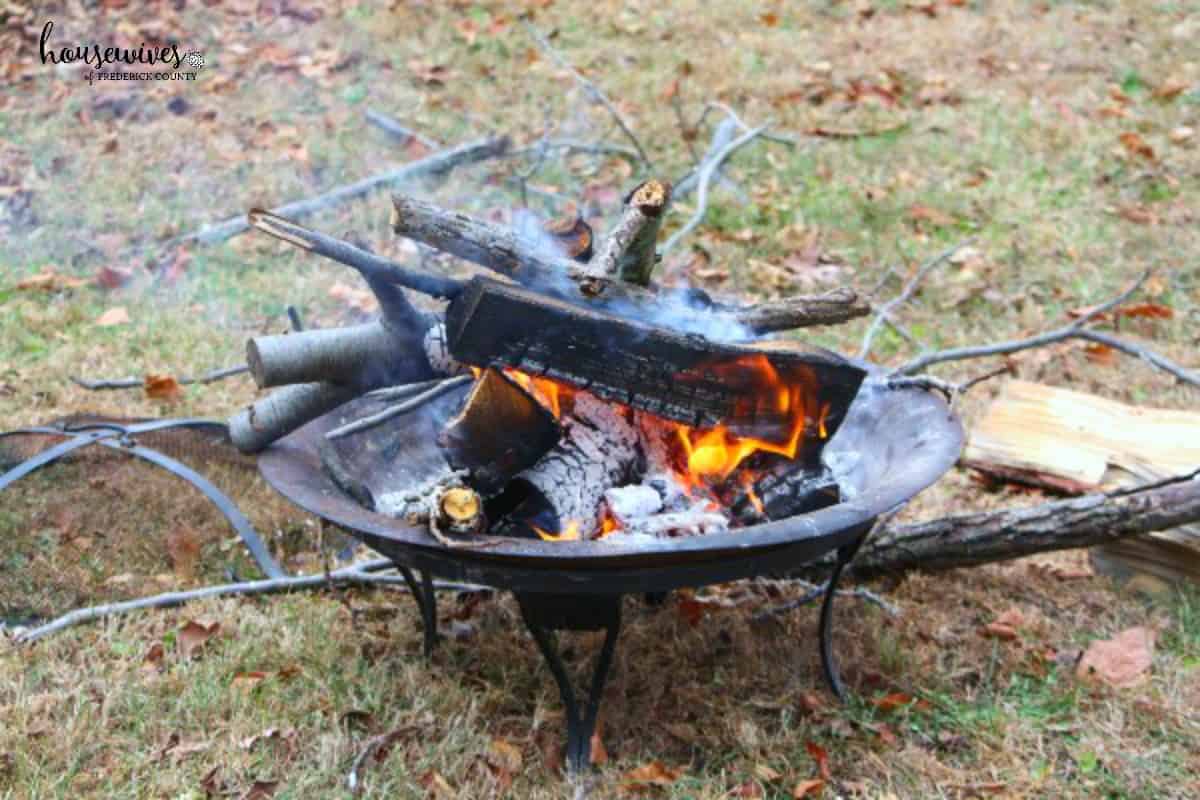 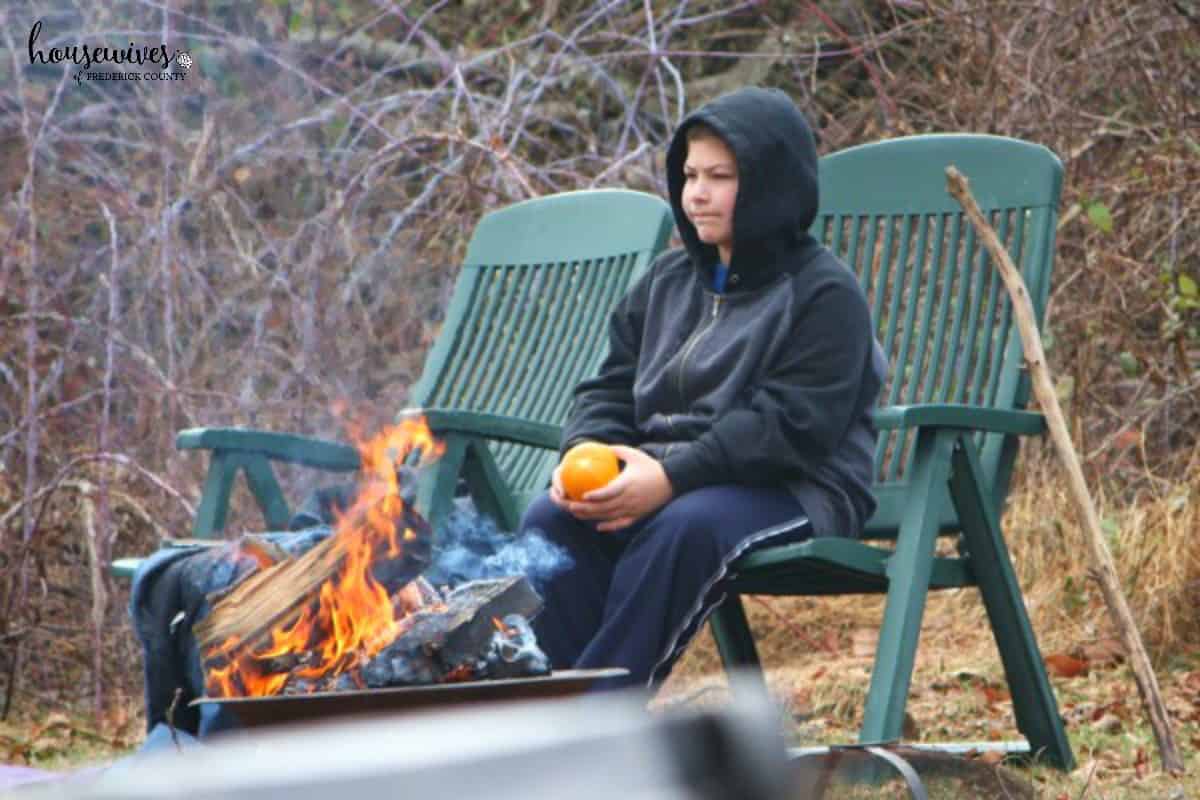 And it’s a great excuse to roast marshmallows while you’re waiting for your turn. 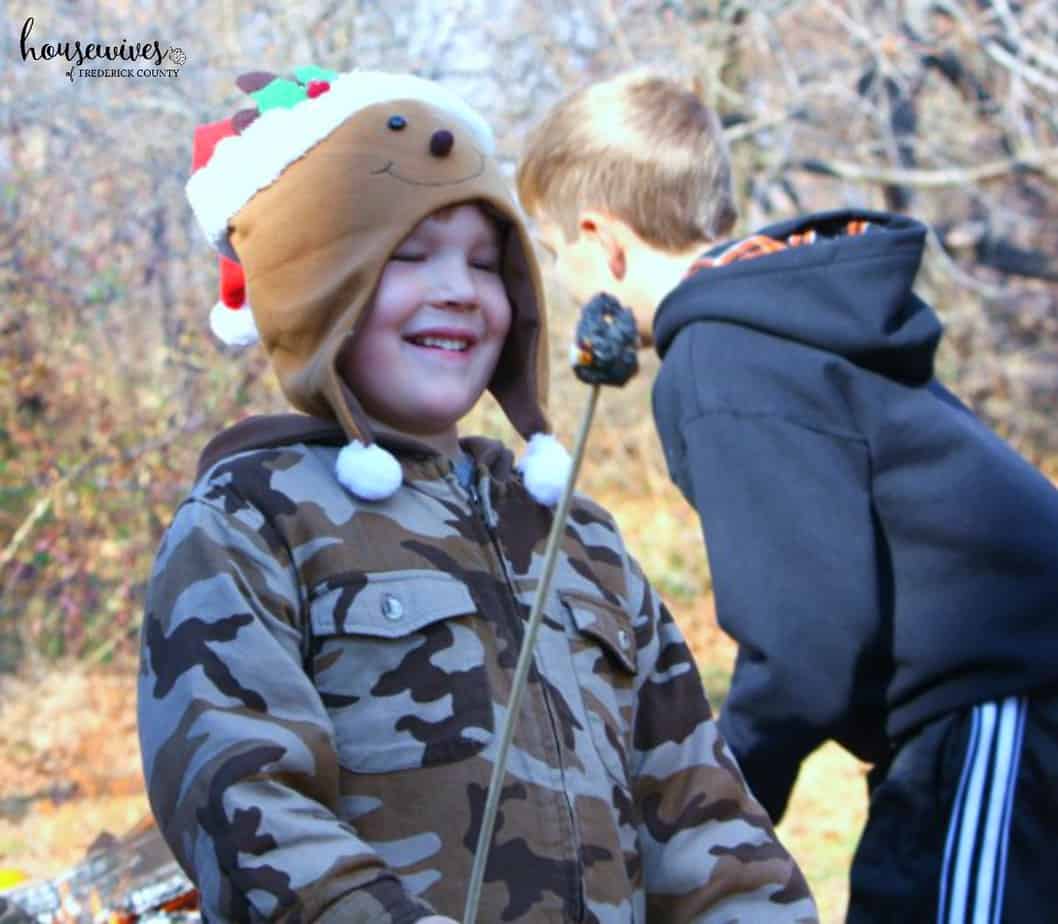 Have one or more targets

But make sure nobody IS the target! 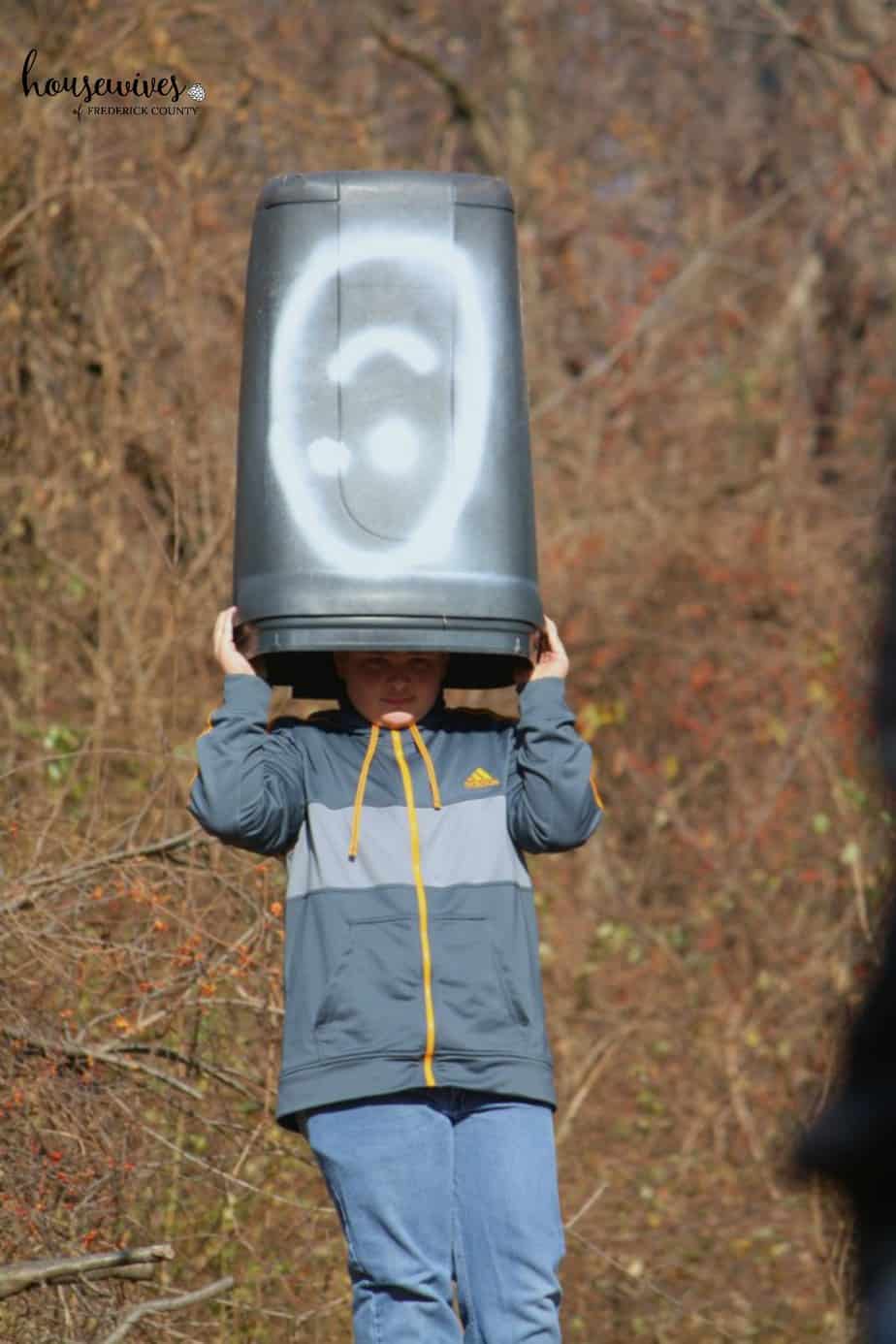 So that’s about the extent of it!

Doesn’t take much to entertain a group of boys.

Measuring distances, shooting off pumpkins & watching them splatter, and competing for a prize?

What more could you ask for?

Well, this year my husband decided to raise the bar a little bit.

Should make for another successful Pumpkin Chunkin event! 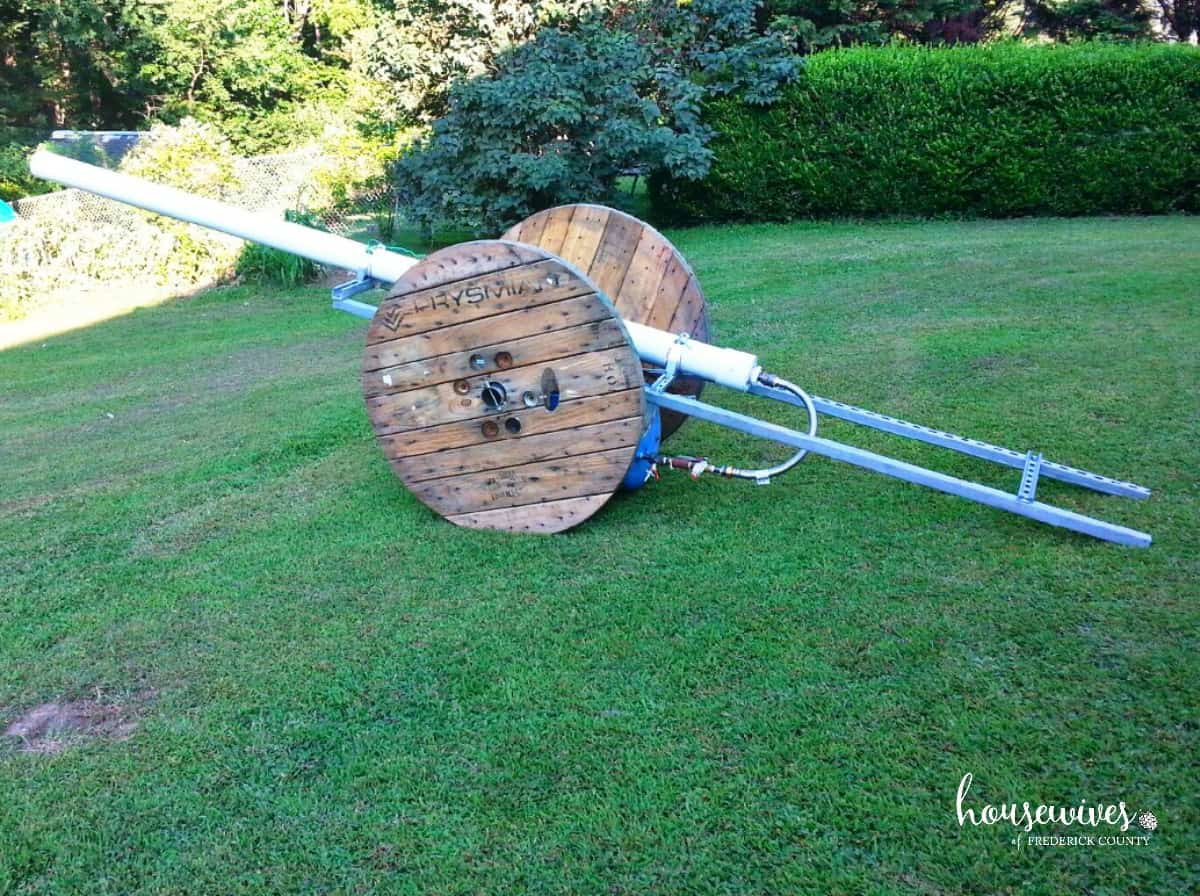 Had you ever heard of Pumpkin Chunkin before?

If so, let us know in the comments.

I’ll share pictures of this year’s event, which will be bigger and better than ever!

For more fun pumpkin related stuff, check out our posts on: 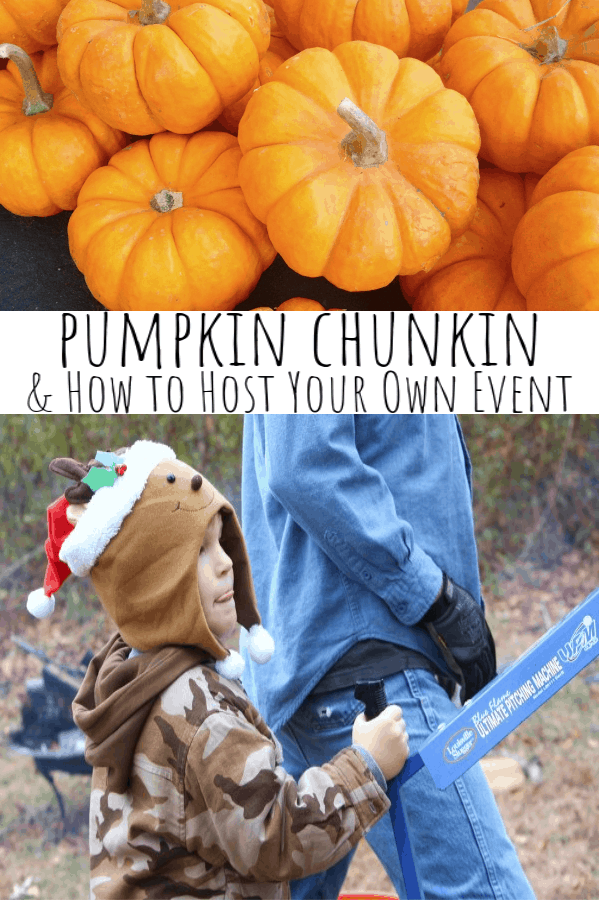 1 thought on “Pumpkin Chunkin & How to Host Your Own Event”