And since you’re going to partake in New Year’s Eve drinks, why not enjoy some yummy, creative drink recipes?

New Year’s Eve is always a time to get together with friends and family to ring in the new year!

Traditionally, New Year’s Eve gatherings include some sort of alcoholic drink, including, of course champagne.

Therefore, I perused the internet and found an amazing list of my favorite 16 New Year’s Eve drinks.

To clarify, not all of these drinks are sparkling or bubbly.

However, you can very easily add the bubbly to each of these recipes.

Importantly, the only drinks you shouldn’t add bubbly to is the Eggnog Martini and the Winter Wonderland Martini.

Nevertheless, these are all great New Year’s Eve drinks to add a little fun to your celebration! 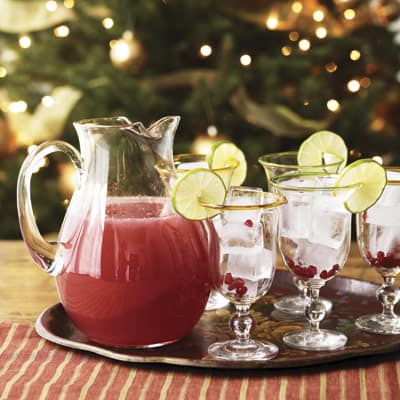 The above pictured drink is called a Pomegranate Margarita brought to us by a site called Delish.

Notably, this recipe calls for: 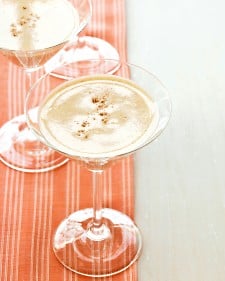 This next drink recipe comes from Martha Stewart herself.

It is called an Eggnog Martini.

Seriously, how can you resist an eggnog martini during the holidays?

This recipe calls for: 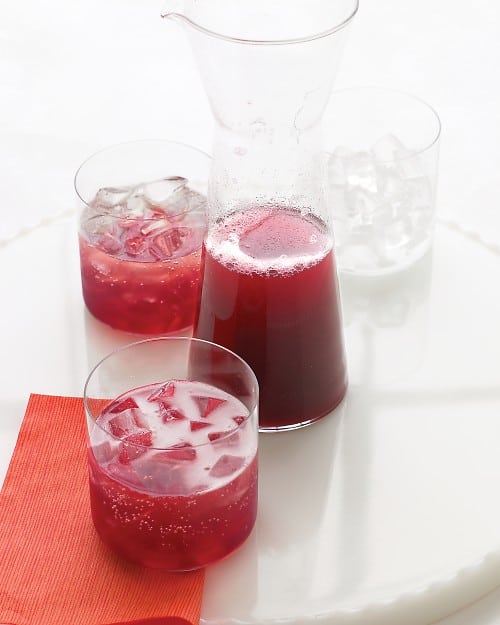 Third up is this drink that looks very similar to my first recipe but is somewhat different.

It is called a Pomegranate-Champagne Punch.

Again, this recipe is from Martha Stewart. 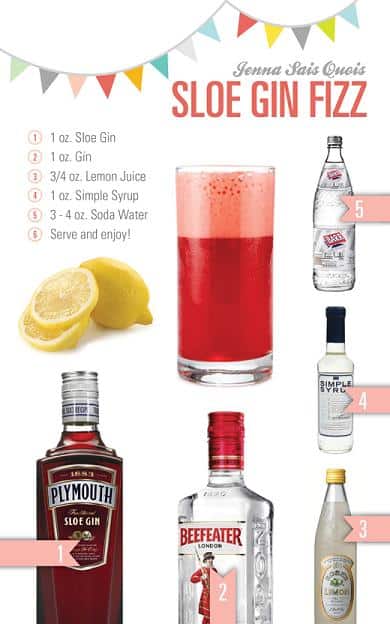 This next drink reminds me of Terri.

Indeed, this used to be her favorite go-to drink back in the day!

It’s a Sloe Gin Fizz brought to you by Jenna Sais Quois.

Love the name of her site! 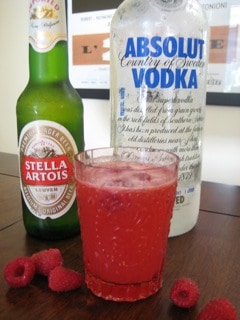 Clearly, the sparkly bubbly ingredient in this one is beer!

Without a doubt, I had to include this one for my husband.

It’s called Raspberry Beer Cocktail and is from a website called The Lush Chef.

Mmm! I’ve got to try this one! 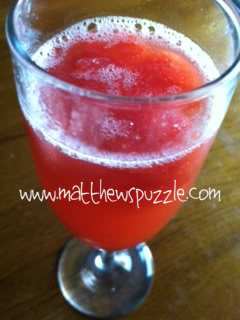 The above New Year’s Eve drink is called Strawberry Granita with Champagne & Frangelico.

Unquestionably, Frangelico happens to be one of my favorite liqueurs because it has an almond flavor.

This recipe comes from a site called Matthews Puzzle. 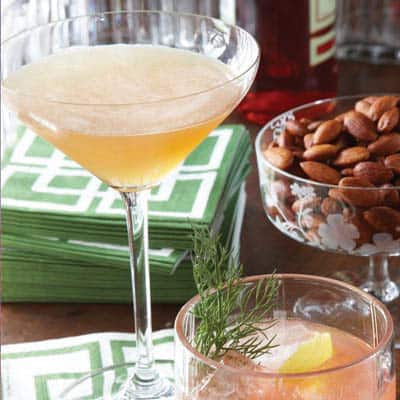 Next up is a nice New Year’s Eve drink called the French 75.

Along with several other drink recipes on my list, this is another one from a site called Delish.

The ingredients in this recipe are: 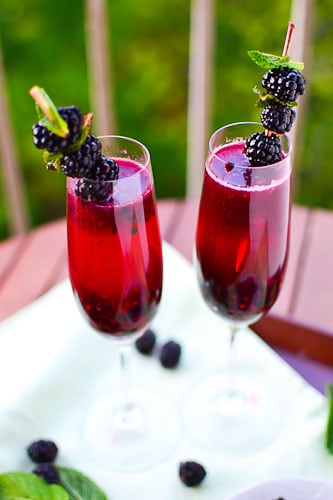 Number 8 comes from Just Putzing Around the Kitchen, another adorable blog name!

Not only does it look so refreshing, but also it’s just so pretty!

This recipe calls for: 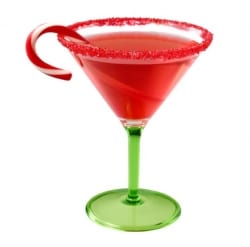 Number 9 comes from Squidoo and is called The Candy Cane Champagne Cosmo.

It calls for the following:

Oh, and you can add a candy cane garnish like what’s picture above.

Undoubtedly, you really can’t get any more festive than this cocktail during the holidays! 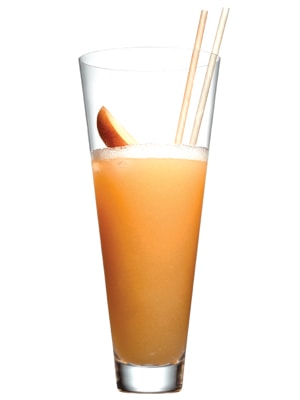 My tenth New Year’s Eve drink comes from Cosmopolitan and is called the Frozen Bellini. 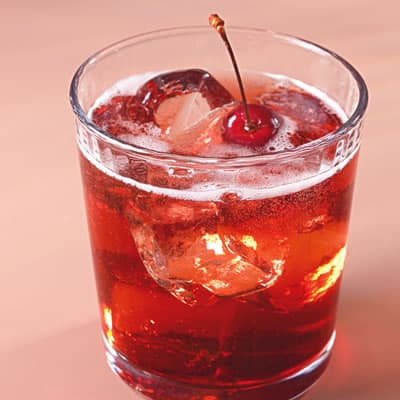 Lucky # 11 is called a Bourbon-Cherry Seltzer.

Again, we found this on our new favorite site, Delish. 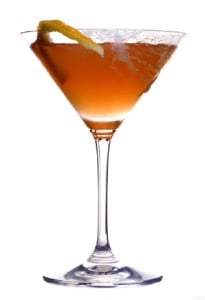 Because this drink is one of my favorites during the cold winter months, I had to include it in our list!

It’s called a Boston Sidecar and comes from a site called Guest of a Guest.

Coincidentally, I drank one of these at a restaurant in Georgetown called Clydes.

It was called a Honey Sidecar.

Unfortunately, I was sick at the time and I ordered this drink because it was so soothing on my sore throat.

It also had sugar around the rim. 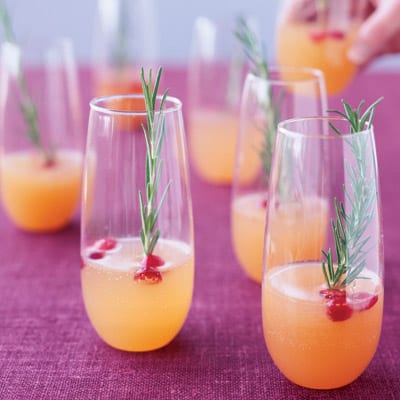 This next drink comes from a site that you are now familiar with.

Obviously, I’ve got to bookmark this site! 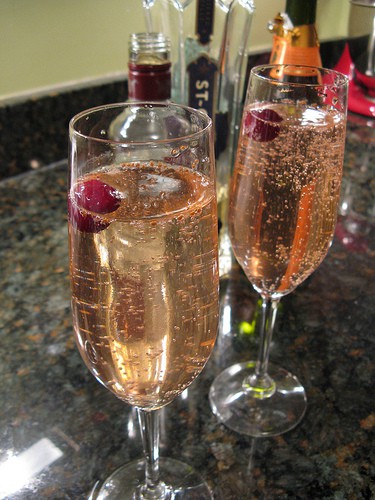 I love the name of this next New Year’s Eve drink!

How cute is that?

If comes from a site called A Good Appetite. 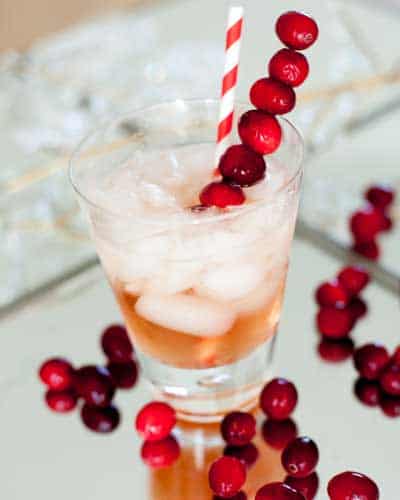 I had to include this next one based on the picture alone.

The name of this drink is Cranberry Bliss Champagne Cocktail, from a site, Celebrations.

Without a doubt, this cocktail will keep the celebration going! 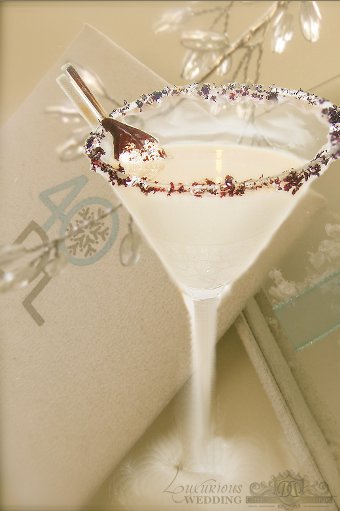 Lastly, on my list of New Year’s Eve drinks is the Winter Wonderland Martini from a site called Modern Musings.

The ingredients in this drink are:

So there they are!

In conclusion, I hope you try one or two of them at your New Year’s Eve gathering.

In addition, as always, be safe, drink responsibly, and choose a designated driver.

For more yummy cocktail recipes, click on over to: 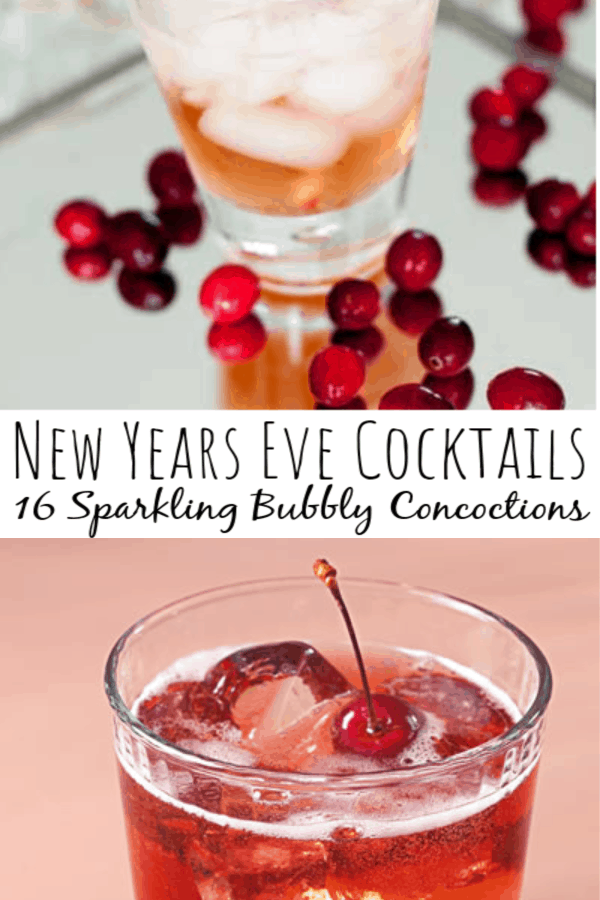