This crab imperial is a simple, no-fancy-ingredients, traditional Maryland recipe.

When it comes to eating crab meat, you really don’t want to overwhelm it too much in any recipe.

Because if you do, you lose the taste of the crab’s delicate flavor.

So, when I see crab recipes that include a ton of crazy ingredients, I tend to stay away from them.

I didn’t know this, but when I set out to find the best Maryland crab imperial recipe, I quickly discovered that there are several variations.

As a matter of fact, I actually made a different crab imperial recipe before I decided to make this one.

That recipe was perfectly fine, but it just wasn’t what I was looking for.

I wanted something that was rich, but not too rich, and flavorful, but not overpowering. 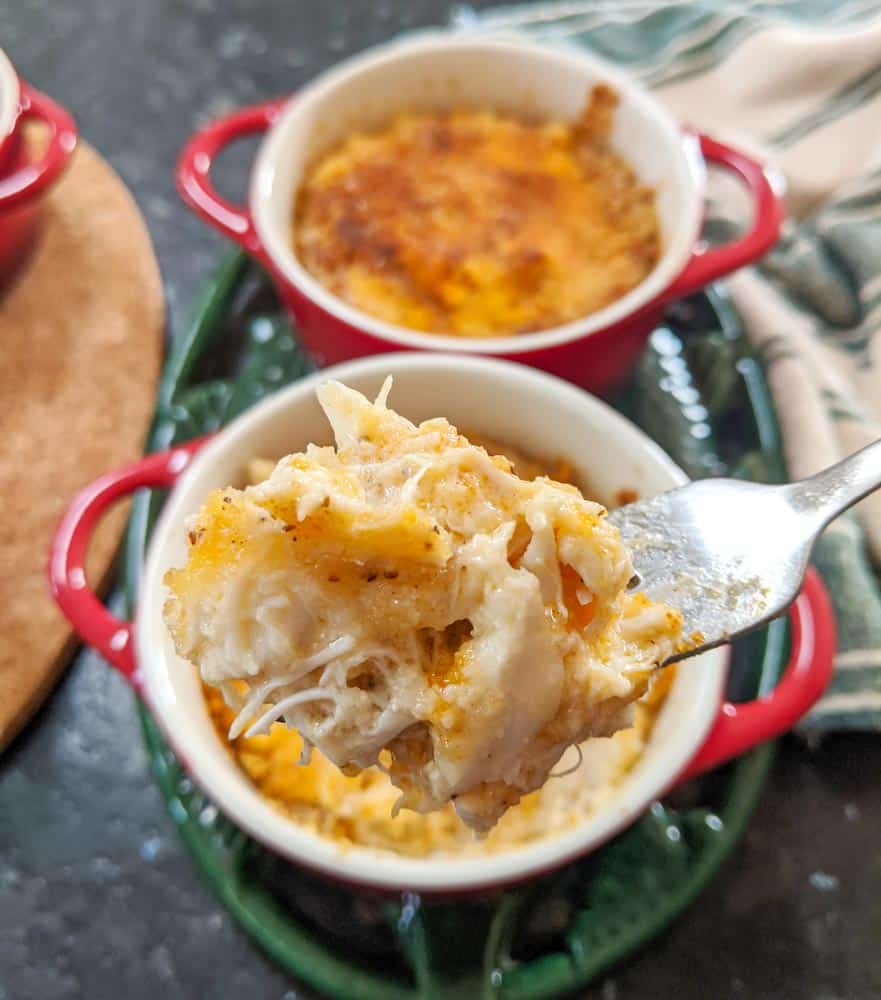 In addition, another criteria was that it had to live up to my husband’s idea of good.

Just typing that makes me feel like I’m a 50’s housewife.

However, I really wanted it to be good for him because he grew up with his mom making the best crab imperial on special occasions like Christmas Eve.

My husband’s mom was an incredible home cook and everything she made was delicious.

So, I really wanted to bring back memories of his childhood through this recipe.

I can’t think of a better way to honor his mom by making this classic dish from the eastern shore of Maryland and bringing back this treasured memory.

But, because I couldn’t find my husband’s mom’s recipe, I found this recipe for Simple Imperial Crab on a site called Maryland Delivered.

It’s a great site for Maryland recipe lovers like me.

However, I did tweak the recipe a little bit in order to make it my own.

I’m going to give you the steps required for making this delicious dish. 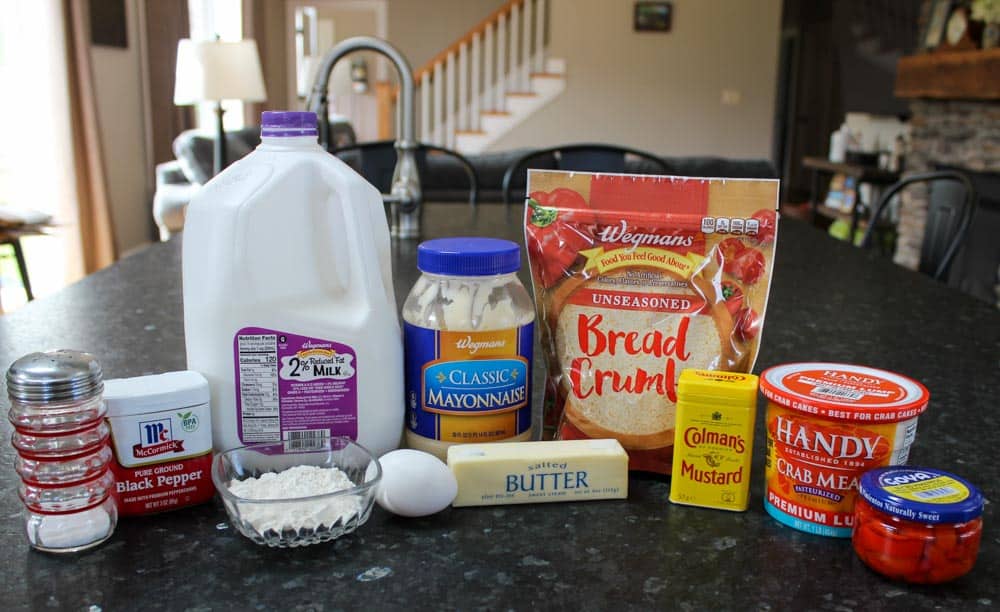 How To Make Crab Imperial

To make the crab imperial sauce, melt butter and add the flour and milk to a small saucepan and mix well.

Then, heat the sauce mixture over low heat to medium heat while stirring until the sauce thickens and is fully blended.

After that, let it cool slightly. 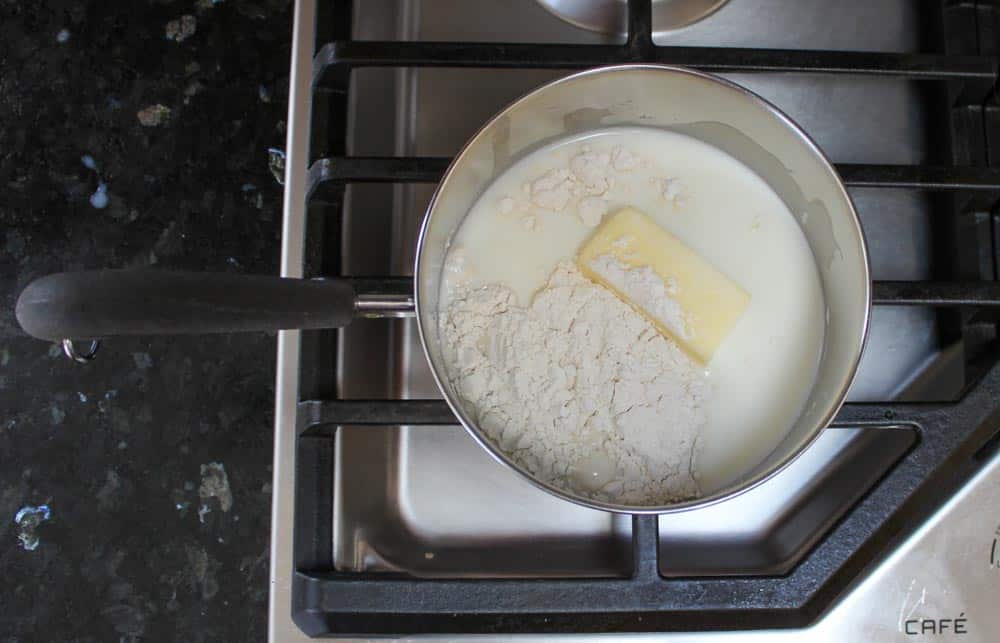 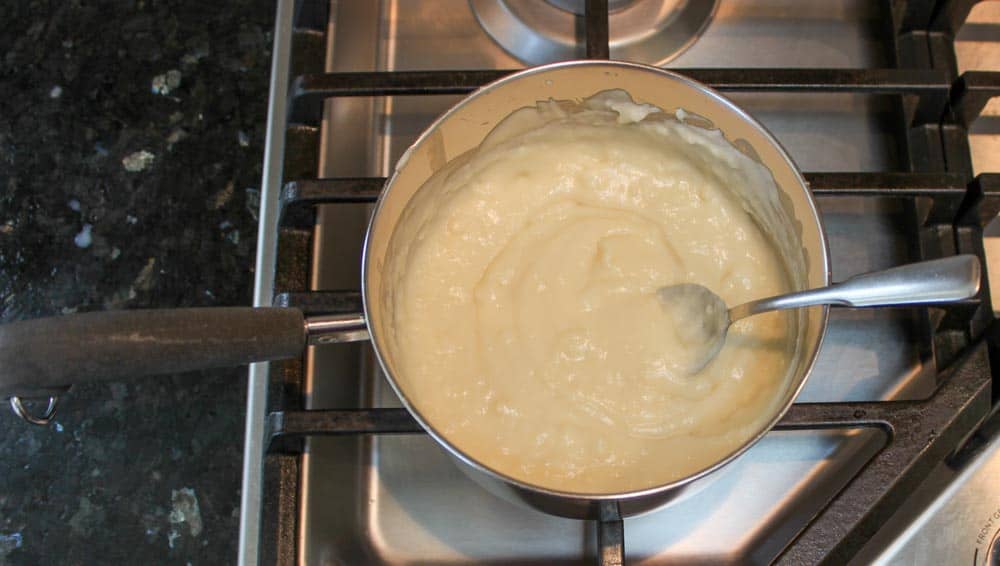 Then, in a large mixing bowl, mix in your main ingredient, the pound of crab meat (preferably jumbo lump crab meat) with pimientos, mayonnaise (3 tablespoons or a little less than one quarter of a cup mayonnaise), dry mustard and beaten egg. 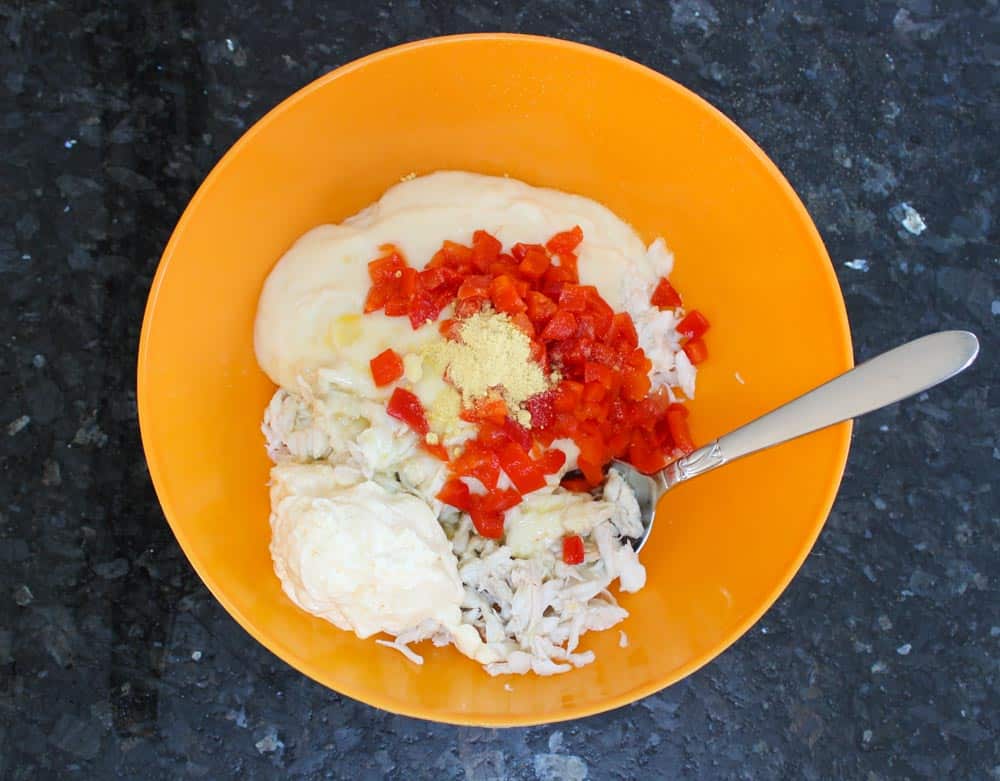 After that, mix it until it’s well blended. 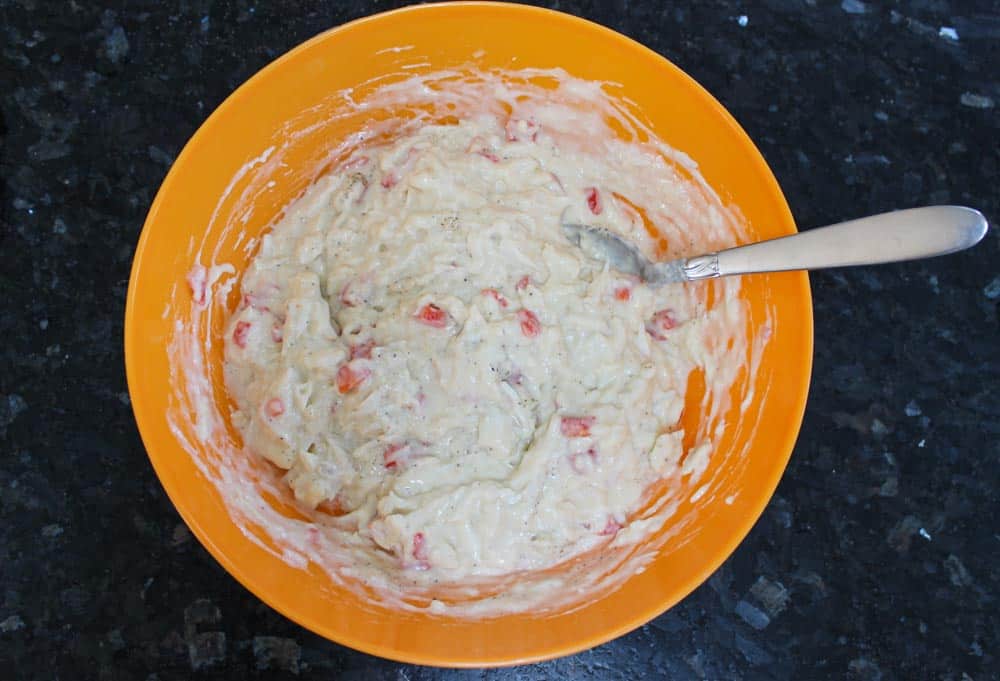 This is one of the mistakes I made the first time I made the other crab imperial recipe.

I didn’t have baking dishes for individual portions, so I put the entire recipe into one big casserole dish.

For some reason, it’s just not the same as having your very own dish of amazing crab imperial sitting in front of you.

So I decided to get these individual ramekins, set of 4 Mini Cocotte Casserole Dishes (Amazon).

I absolutely love them for this type of recipe and they come in a variety of colors!

Traditionally, crab imperial is served in individual shells like these aluminum crab shells or natural scallop shells on Amazon.

So you can decide which baking vessels you prefer to bake them in! 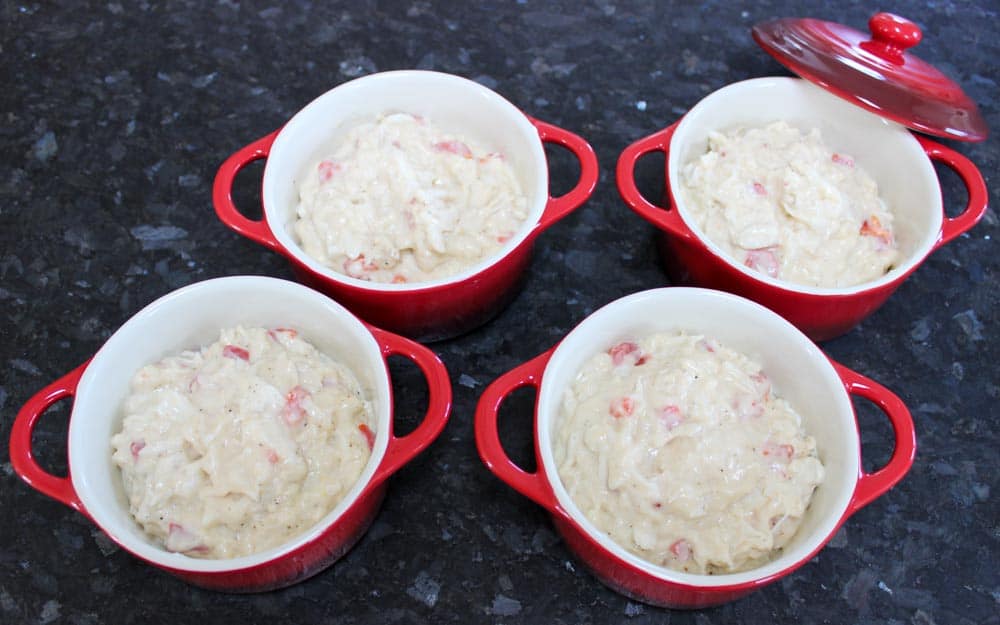 I used very fine bread crumbs and it turned out great!

But I might try larger bread crumbs next time.

My husband thinks that his Mom might have even just cut up pieces of bread to place on top of each serving, which sounds really good! 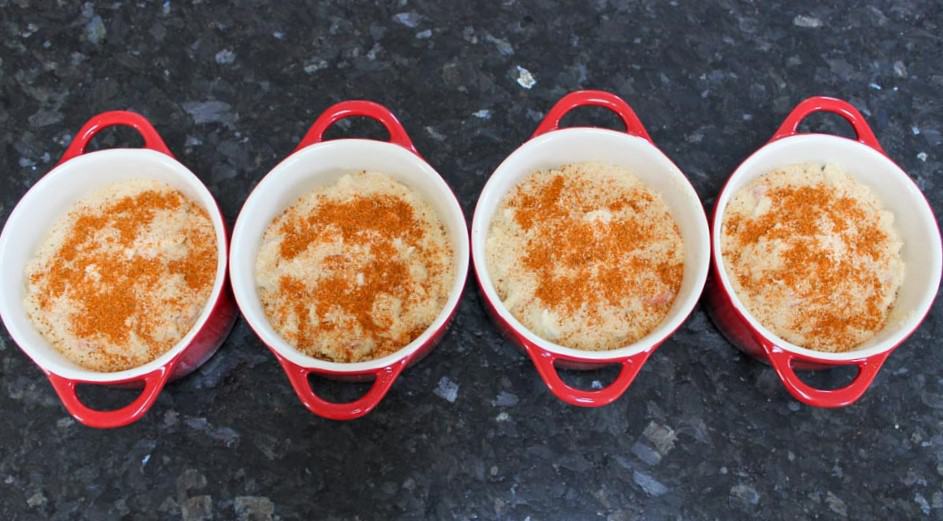 The butter is important because it will crisp up the bread crumbs while baking.

But you don’t need a lot of butter, so make the slices as thin as possible to cover all of the bread crumbs. 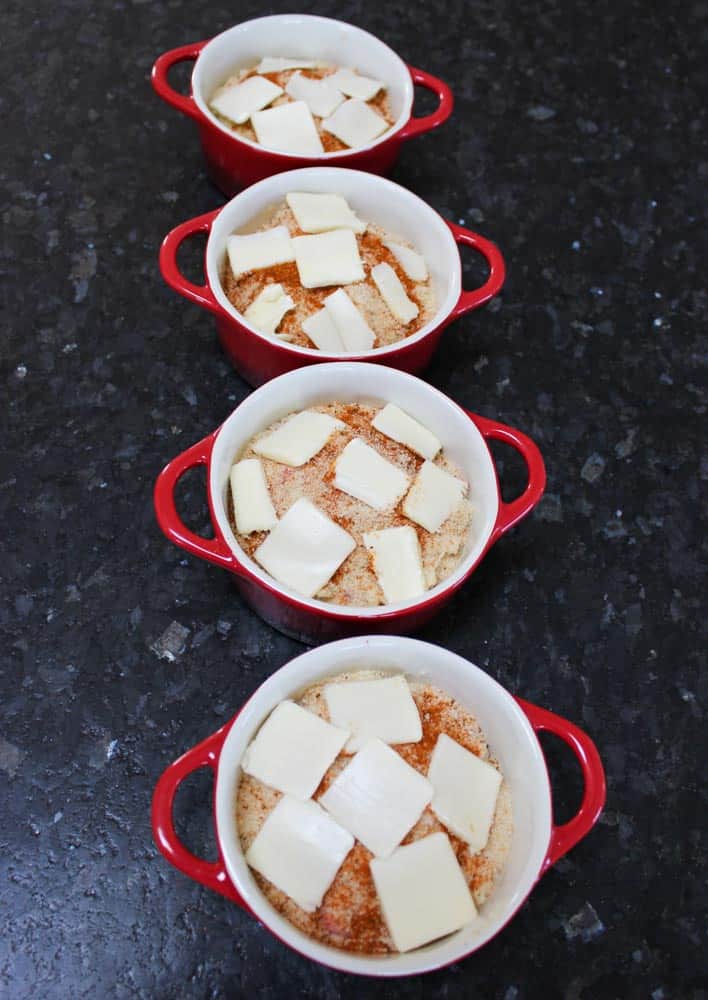 Step 6: Bake in the Oven

Now it’s time to bake your delectable creations in the oven.

I baked them in a 350 degree F oven for 15 minutes and then another 4 minutes on broil in order to brown the tops.

Be sure to keep a close eye on them though because you don’t want the tops to burn. 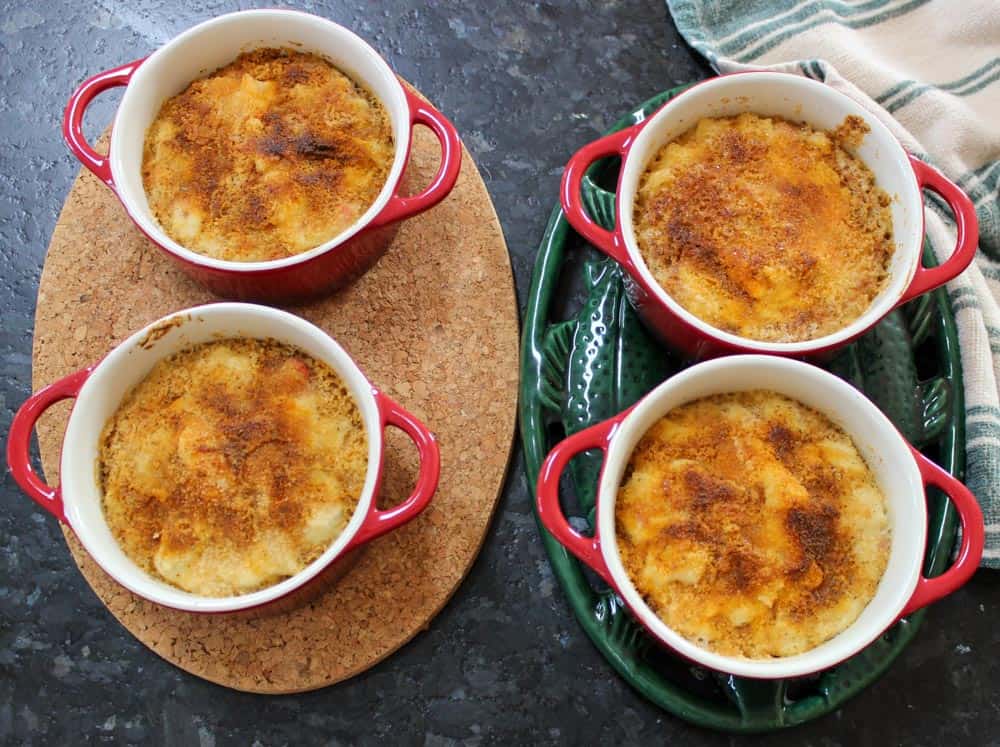 So, I made this before my husband got home in order to take advantage of the natural light from the beautiful day.

Luckily I made 4 portions and there are only 3 of us humans in this household. 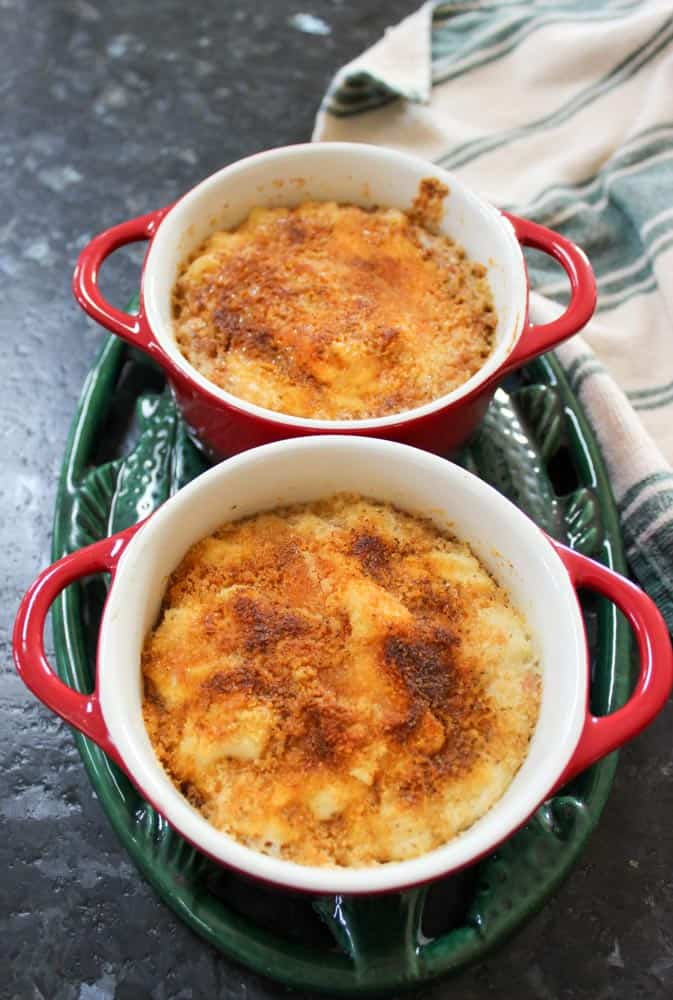 This crab imperial is now one of my favorite recipes!

The white sauce was just the right amount of creaminess.

The crab imperial topping of buttery bread crumbs was crisped up perfectly to a golden brown color.

Also, the dry mustard was just enough to add that extra layer of spice to the dish.

In addition, the sliced pimientos (which I cut up into smaller pieces) are just the right amount of texture along with the lump crab meat. 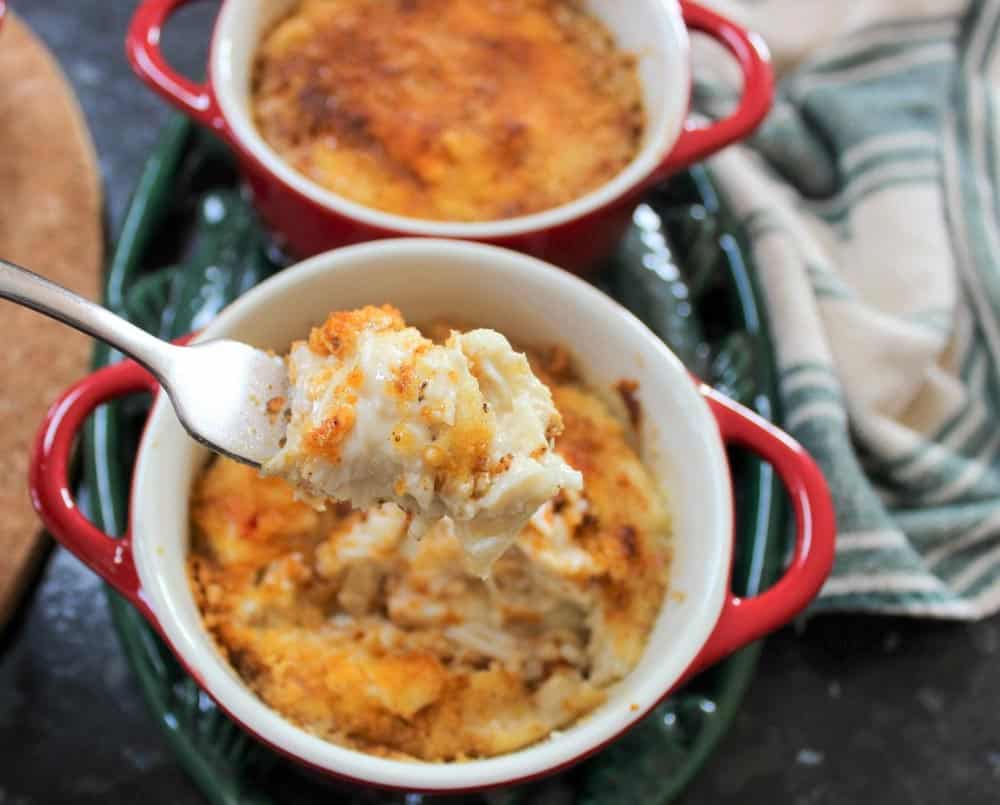 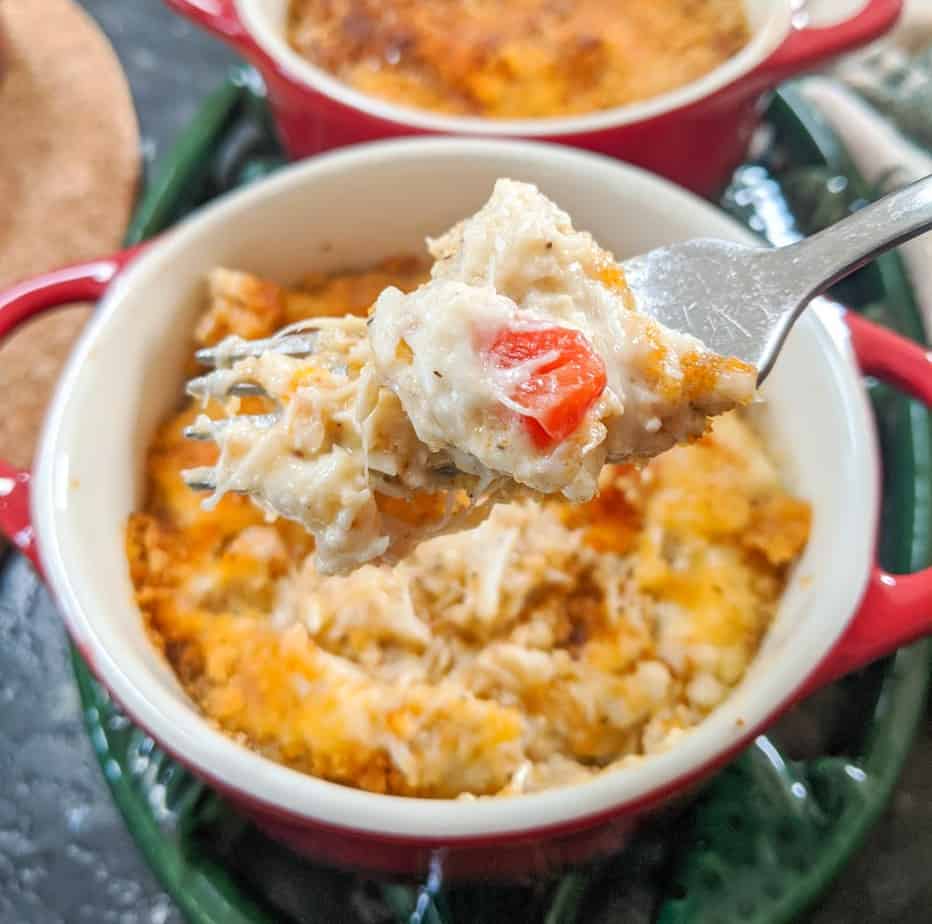 Last but not least, the Old Bay Seasoning is the perfect accompaniment to this recipe.

No, I’m not in a partnership with Old Bay for singing their praises in all of my seafood recipes.

Although, I wish that I was! 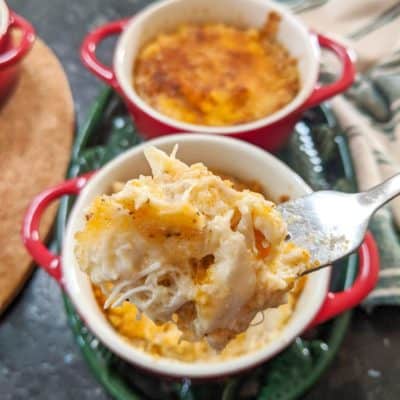 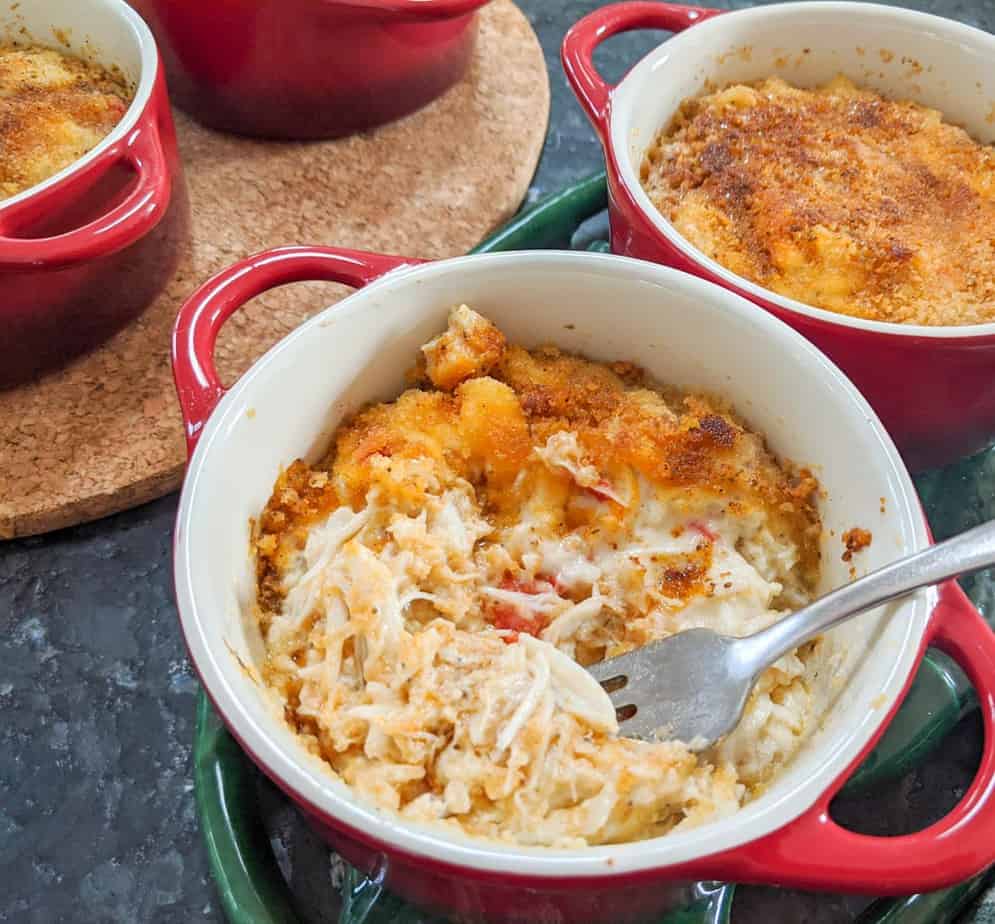 For more amazingly delicious, traditional Maryland, easy crab recipes, click on over to: 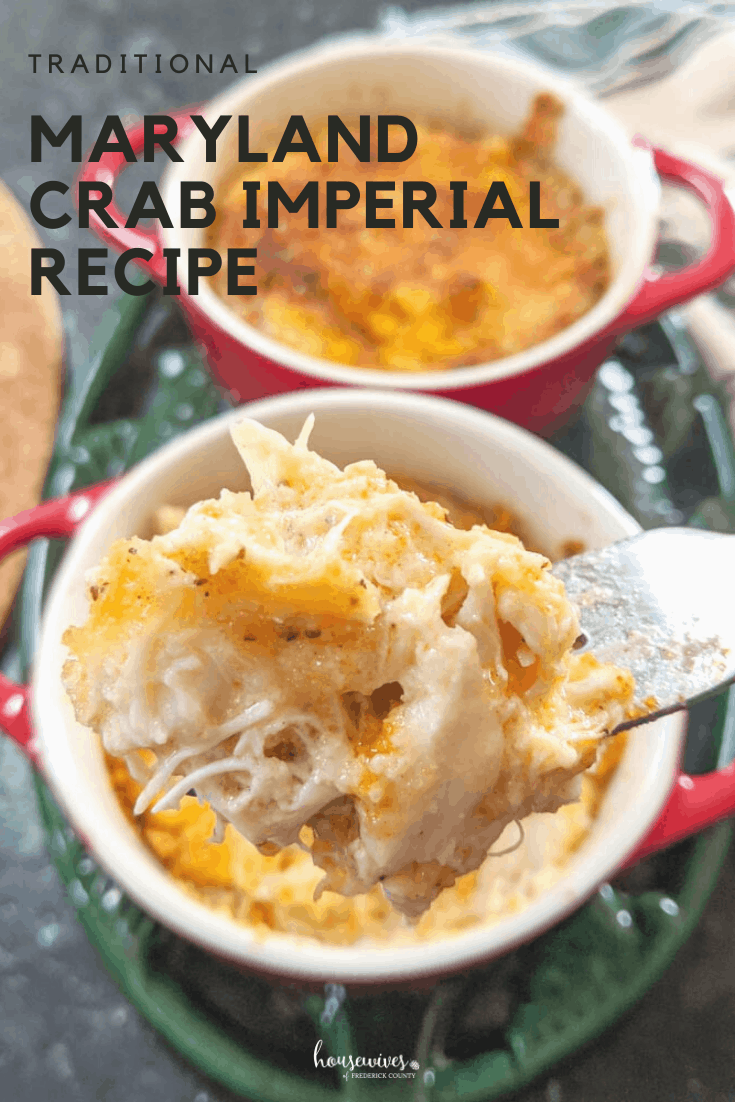