Disclosure: This post may contain affiliate shopping links to help support our blog and for your convenience. Using these links creates no additional cost to you and helps us continue delivering inspiring content. As an Amazon Associate I earn from qualifying purchases. View our disclosure policy here.
Tweet
Pin
Share
0 Shares

The 2015 NFL Football Season starts tonight!!  The Steelers and the Patriots will battle it out to kick off the season!

And, this Sunday?  Pam’s and my FAVORITE professional football team, The Washington Redskins, will kick off their first game against Miami at home!

Pam and I have been Redskins fans since, well basically since we shared a womb!

We were born and bred Skins fans!

We have such great memories of Sunday afternoons – our whole family sitting around the TV rooting on our Washington Redskins!

Just the sound of a football game on TV, but especially the Redskins, takes me back to those “good ole days”.

As we got older, Pam and I started going to the games at RFK Stadium.  I’ll NEVER forget that stadium literally rocking with fans screaming, “WE WANT DALLAS!!”  I would have chills all through my body – LOVING the camaraderie of cheering for our team with so many Redskins fans!

And, singing “Hail to the Redskins” along with 45,000 other fans and The Washington Redskins Marching Band?  Don’t get me started – some of the best times of my life! 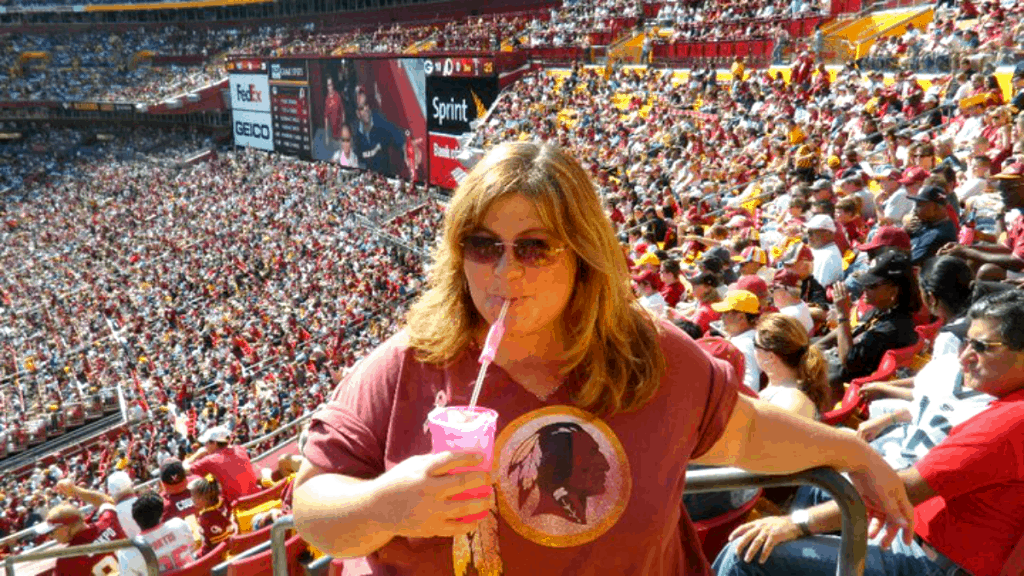 SO, when I was thinking of what I could write about for this week’s “Thirsty Thursday” post – it was a no-brainer for me!  I searched in Pinterest for “Redskins Cocktails”.

One creation caught my eye immediately!  “Washington Redskins Jello Shots for Darcie” on an AWESOME blog called That’s So Michelle!  This girl is basically a ninja when it comes to creating Jello Shots!  She even wrote a cookbook called “Jelly Shots” with 70 different recipes! 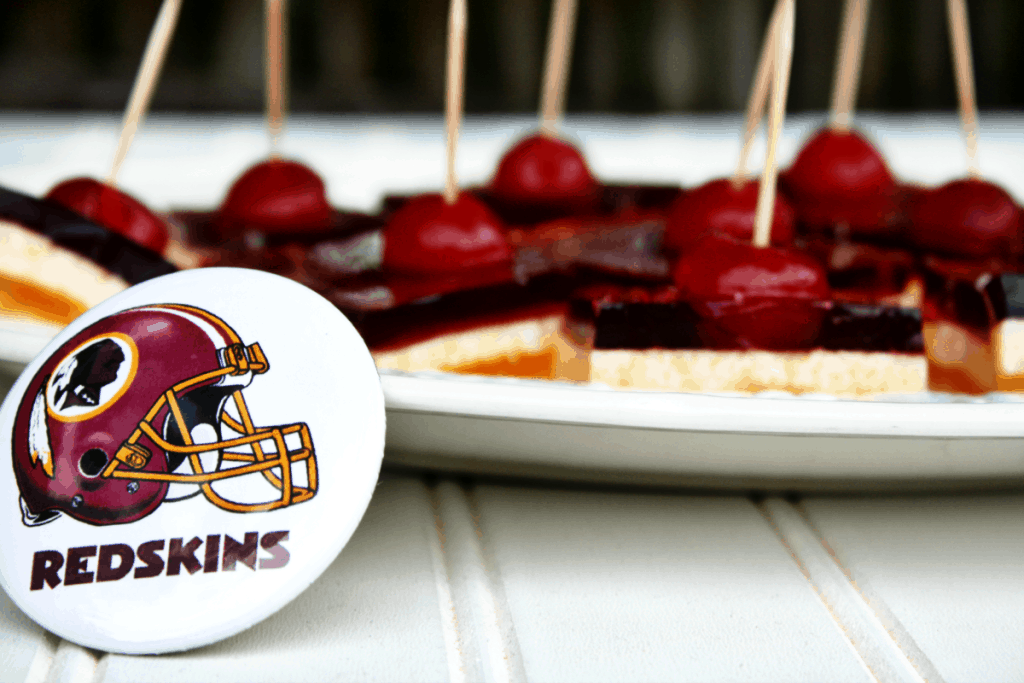 I just HAD to make these!  Here’s the recipe, with some changes that I made to it! 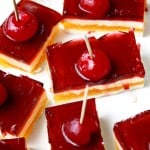 I inadvertently bought a jar of cherries that did not have stems!  So, I used toothpicks instead 🙂 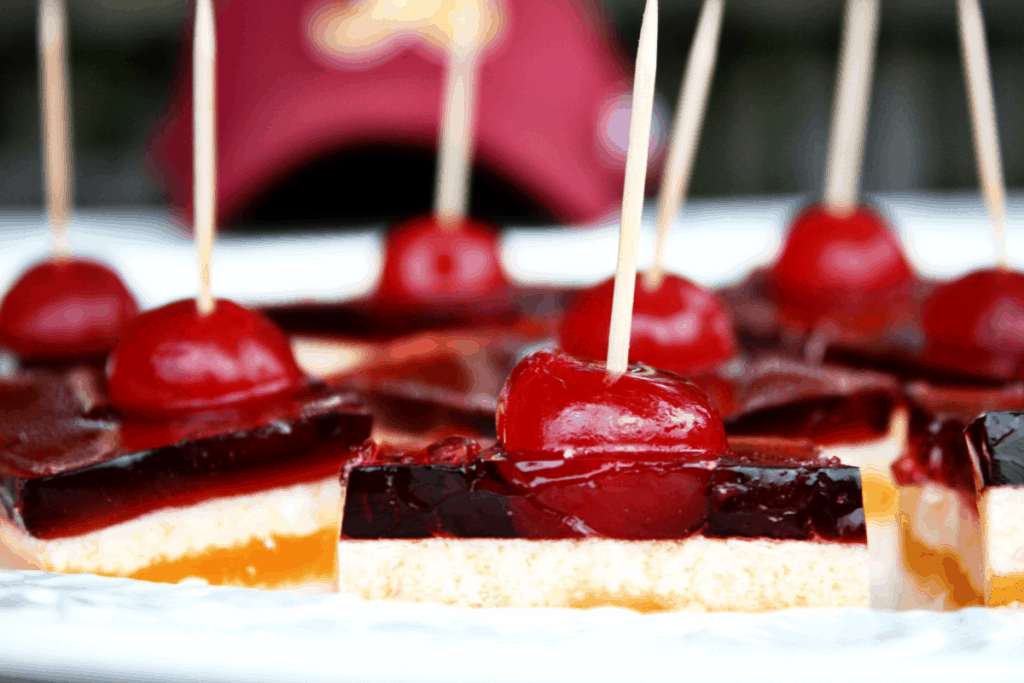 Not gonna lie – Michelle’s look MUCH better than mine, but hey – she’s like a Jello Shot Master!  So, I think I did pretty good!

Keep in mind, though, these bad boys are LOADED with vodka.  So, cut them into smaller, bite-sized squares than I did!  Each bite-sized piece would probably be like taking a shot of vodka. 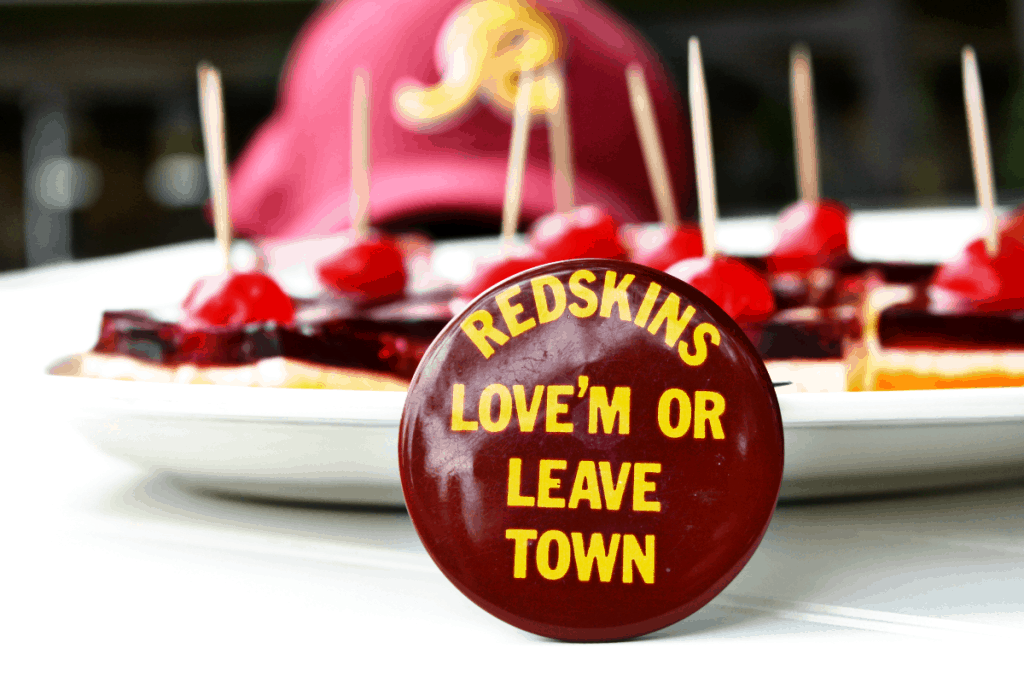 Enjoy the kick-off of the 2015 NFL Season, and PLEASE drink responsibly!

Terri is married and has 2 sons – one in high school and one in college! She has lived in Frederick since 1994 and absolutely loves exploring and discovering new parts of our town. read more...