The history of Frederick Md is deep and rich with a long list of notable people, places, and events.

Because there are so many interesting things to know about the history of Frederick Md, we wanted to share with you some trivia questions.

How well do you think you know Frederick, Md?

My sister-in-law was recently cleaning out some old books.

She came across a book that she thought my son would be interested in reading.

This book has 191 pages of questions and answers pertaining to everything about Maryland:

I flipped through the book and pulled out all of the questions and answers pertaining to the history of Frederick, Md.

Although the copyright date is 1992, the Frederick trivia that I’ve included in this post is still relevant today.

How Well Do You Know the History of Frederick Md?

So, how well do you know Frederick, Md?

I’ve listed the questions first so you can write down your answers.

Then, I’ve included the answers at the end of the post.

If you get all of these right, you are a total Frederick rock star!

See how many you can answer correctly!

Please note that all of the black & white photos came out of a book called Pictorial History of Frederick Maryland, The First 250 Years 1745 – 1995 (Amazon).

This is an amazing must-buy book that has so much more information and pictures than what we’ve included in this post!

1. The National Anthem is Part of the History of Frederick Md 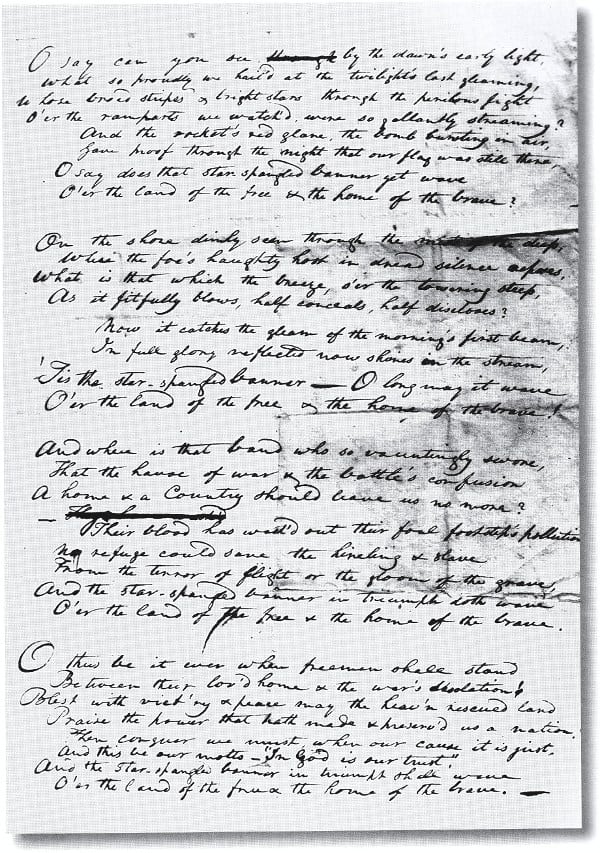 What is the name of the Presidential retreat in the Catoctin Mountains?

What is the name of the prestigious liberal arts college in Frederick?

Where is St. Elizabeth Seton, the first U.S. born citizen canonized by the Vatican, buried? 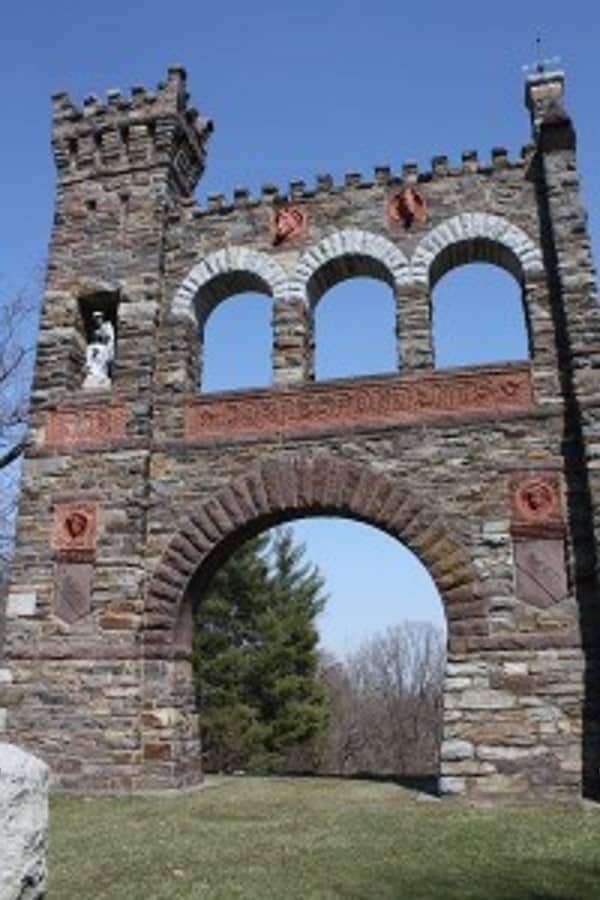 What State Park contains the only monument in the world dedicated to War Correspondents?

What former Chief Justice of the U.S. lived at 123 S. Bentz Street in Frederick?

8. A Collapsed Bridge is Part of the History of Frederick Md

What caverns are near Boonsboro, Md?

The Fallen Firefighters Memorial is in what town near the PA border?

11. Francis Scott Key is a Big Part of the History of Frederick Md

In what Frederick cemetery is Francis Scott Key buried?

12. Replica of the Grotto of Lourdes

Near what town is there a replica of the Grotto of Lourdes?

What is the name of the U.S. Army Medical Command Installation in Frederick County?

Mount St. Mary’s, the 2nd oldest Catholic college in the U.S., is located in what Frederick County town?

The County Seat of Frederick County is in which town?

What Frederick town was once known by the romantic name “Poplar Fields”?

Which Frederick County town celebrates its heritage with a Railroad Renaissance Festival each October?

Which Frederick County town is the Catoctin Colorfest held?

Which Boonsboro restaurant was occupied by Confederate General D.H. Hill during the Battle of South Mountain?

Which Thurmont restaurant was inundated by Soviets when Premier Brezhnev visited Camp David in 1979?

21. Shab Row is a Big Part of the History of Frederick Md 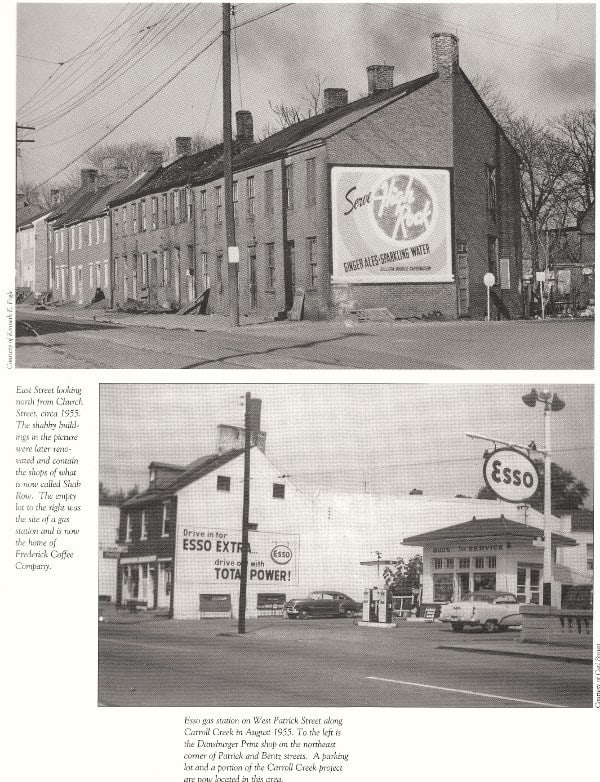 At which Maryland Civil War battle did the Union repel the 1st Confederate invasion of the North?

During which war was Frederick native Winfield Scott Schley called the ‘Hero of Santiago’?

Citizens of which small Frederick County town erected a monument to George Washington on South Mountain in 1827?

What is the largest religious group in Frederick County?

Which battle was fought in Frederick, Md on 7/9/1864 to prevent a Confederate invasion of Washington, DC?

Which Civil War battle was fought in Maryland 3 days before Antietam?

What famous world leader accompanied President Franklin Roosevelt for a tour of the Barbara Fritchie House in Frederick?

What was Francis Scott Key’s occupation at the time he wrote the National Anthem?

Over who’s grave in Frederick does the American flag fly day and night?

Which Frederick native wrote History of Maryland, which covers the years 1634 to 1848? 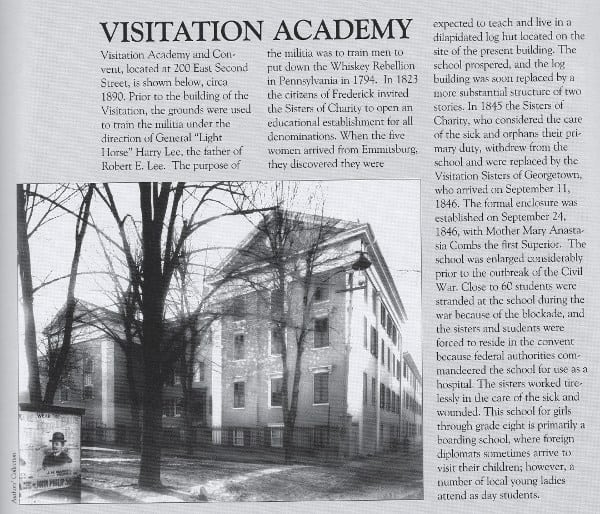 Which Natalie Carlson novel takes place at the Visitation Academy in Frederick?

How many 18th & 19th century buildings are preserved in the Frederick Historic District?

What is the name of the stadium in Frederick where the Frederick Keys play Minor League Baseball?

How many miles does the Appalachian Trail run in Frederick?

Photos of Some of the Answers

Here are some old photos, from Pictorial History of Frederick Maryland, The First 250 Years 1745 – 1995 (Amazon) that correspond with some of the answers. 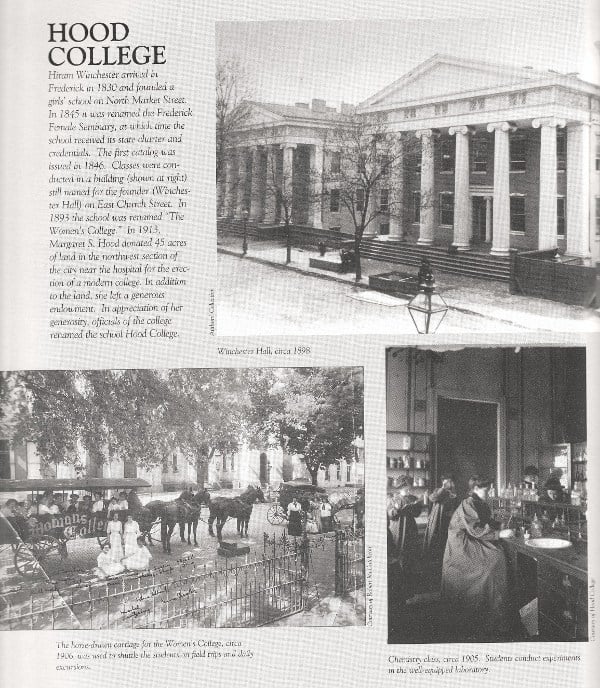 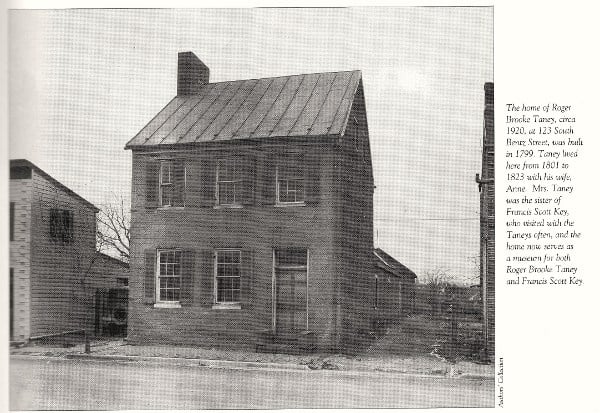 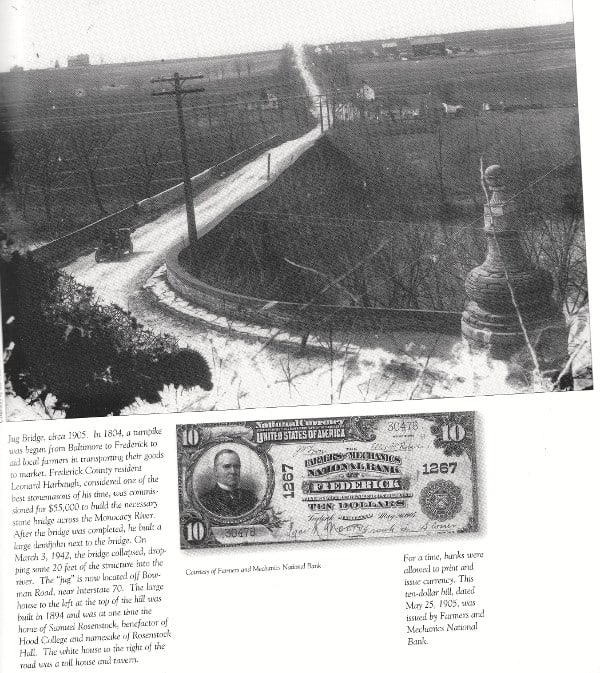 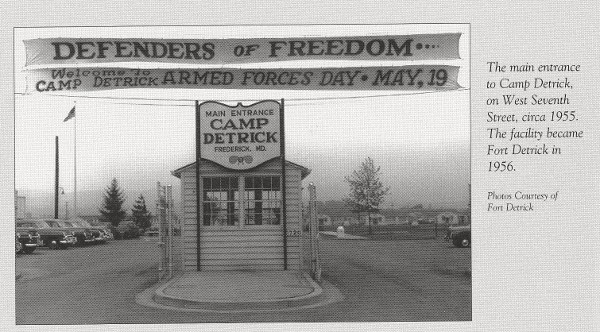 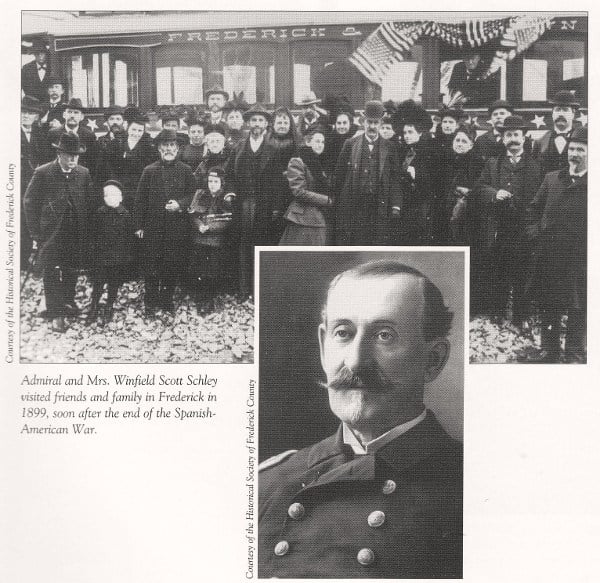 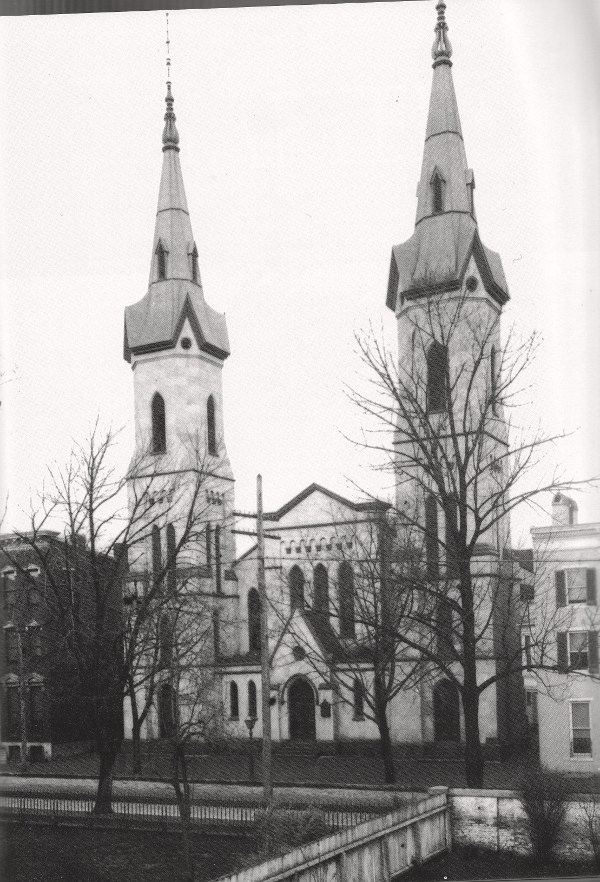 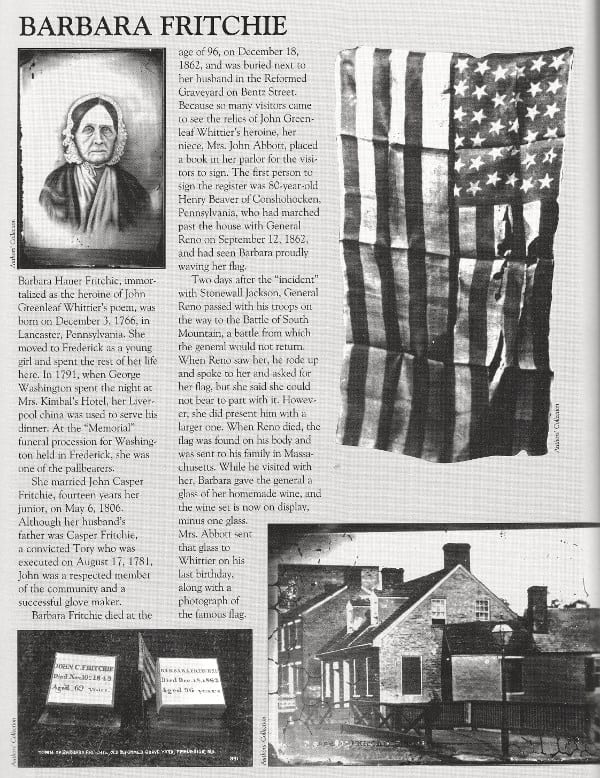 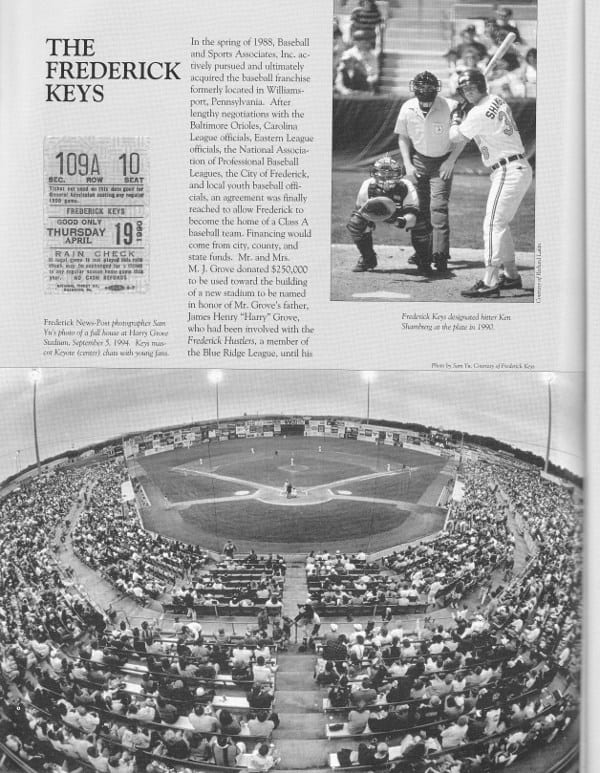 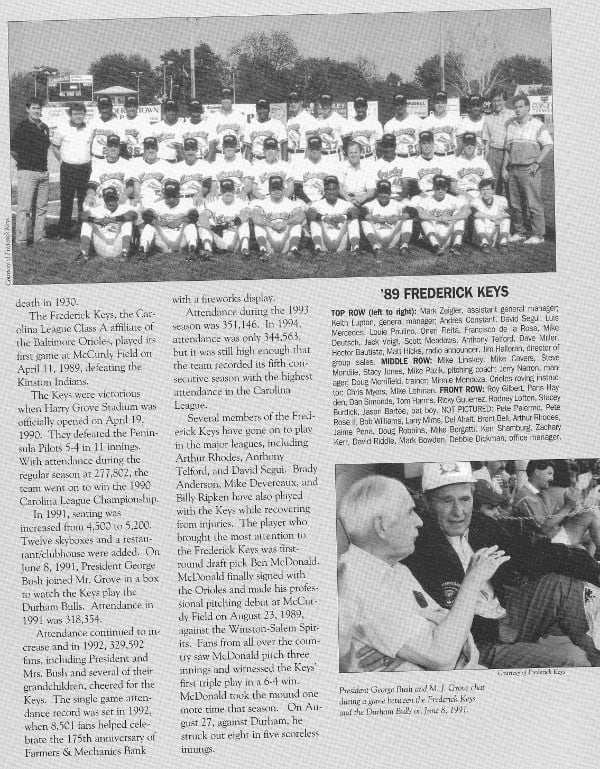 So, how many did you get right?

How many did you have no idea how to answer?

I know there were several answers I didn’t know.

One thing I do know though, is that Terri and I have so much more exploring and researching to do!

This trivia list just scratched a tiny surface of what our historically rich town has to offer.

For more historical information on Frederick County towns, click on over to:

Buckeystown, Md: Something for Everyone! 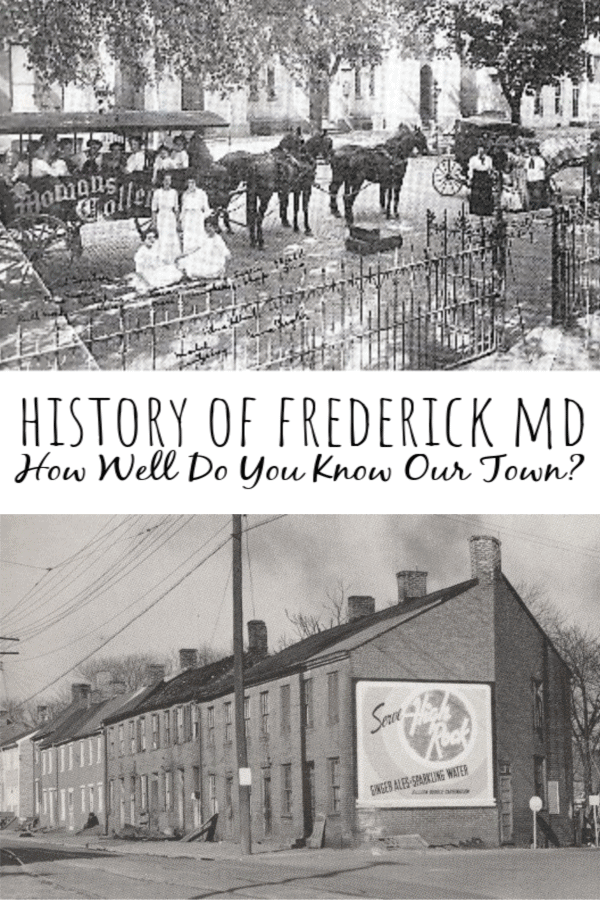 8 thoughts on “History of Frederick Md: How Well Do You Know Our Town?”